In the south-eastern corner of the Priory grounds, something’s been going on.

Slowly, during the past few weeks, we’ve been growing a new cedarwood greenhouse.

It has been a struggle for Rob the Brickie.  He started off by digging the footings, followed by … 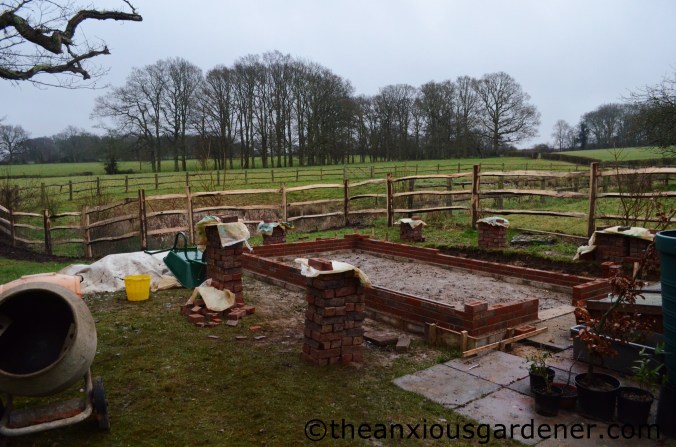 It was on this that he built the six course, brick wall.  Measurements and levels had to be repeatedly checked and very, very precise.  I told Rob how, as it wasn’t square and it was the wrong height, we had had to demolish the first wall built for the original greenhouse three years ago.  In retrospect, I shouldn’t have told him that – he did worry so.  Big time.  (He needn’t have – the greenhouse installers told me this was the finest base wall they had ever seen).

When the weather allowed, the wall grew. 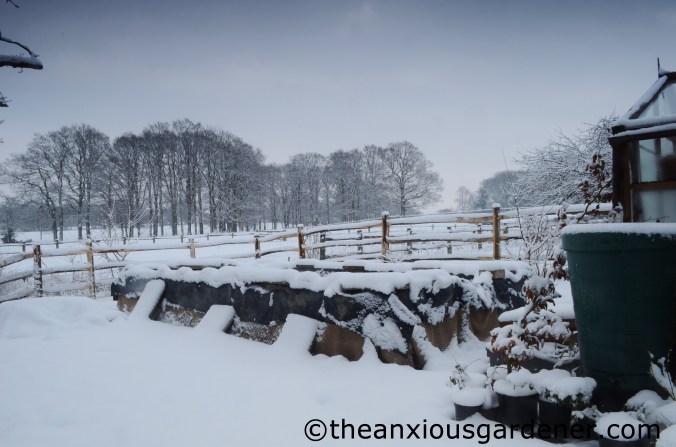 A cold snap delayed our plans by a fortnight and heavy snow prevented the delivery of the greenhouse panels; for several days the Priory drive was impassable to anything other than a four-wheel drive – or Shank’s Pony.

But finally, a few days of fine weather allowed Rob to finish the wall, the cement to harden and the greenhouse itself to be delivered and installed. 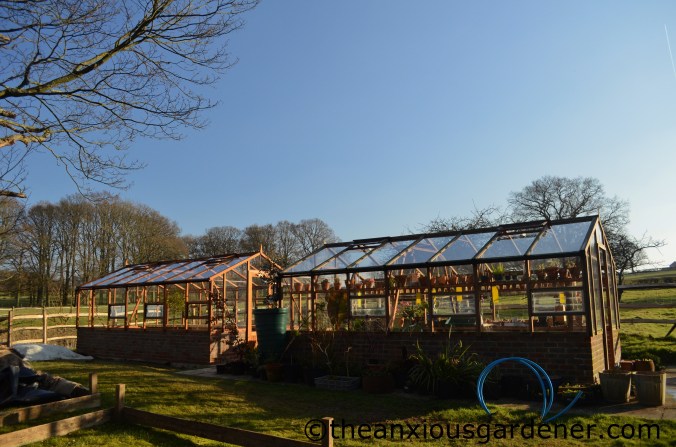 Here it sits in all its fragrant glory behind the original; rather like stationary railway carriages shunted into a siding.  Forever.  (We didn’t have the space to site them side by side).

Come inside and have a sniff – the smell of the cedarwood is intoxicating.  There is interior and exterior paving still to be laid, water and power to be connected and water butts to be positioned.

I thought for this coming season, I would continue to use one greenhouse open bed …

… for tomatoes and cucumbers.

And the other for aubergines and peppers; both sweet and chilli.  (I’ve already sown the seeds). You see, I have a yearning, a fancy for some ratatouille.  Yep, some rich, thick, garlicky ratatouille.  With crusty bread.  And perhaps a glass of wine.  Or two.

Come summer, pull up a chair and join me.  Just bring your own wine, would you?

36 thoughts on “The New Greenhouse”