Scaffolding has gone up at the Priory.

Though I don’t have a head for heights, I couldn’t wait to get up there and see the gardens from a new perspective. 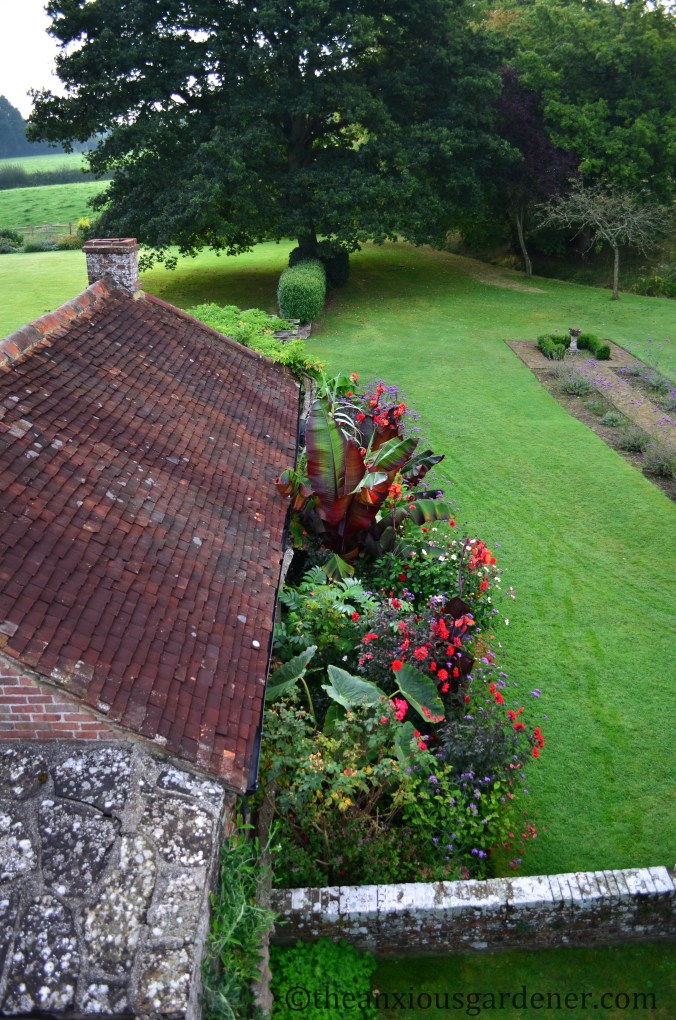 At the first (gutter height) level I could look down on to the tropical border. 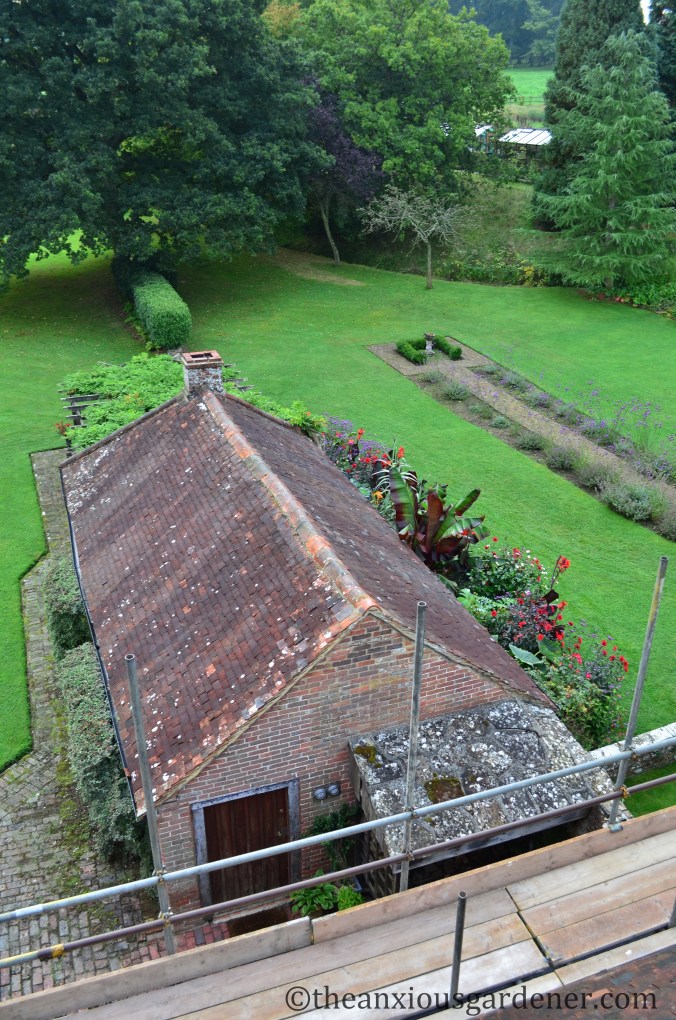 And, after a deep breath, I white-knuckle-climbed the second ladder to the chimney.  Here, I was much higher above the same outbuilding with the tropical border down one side, clipped cotoneaster along the other and the wisteria covered arbour at the far end.   The fine, stone roofed structure directly below is the woodstore.  The greenhouses can be seen through the trees.

Here are some more views from the chimney:

Looking southwards over the path bed, the rock border, another outbuilding with shaped ivy and across some of Margaret’s fields. 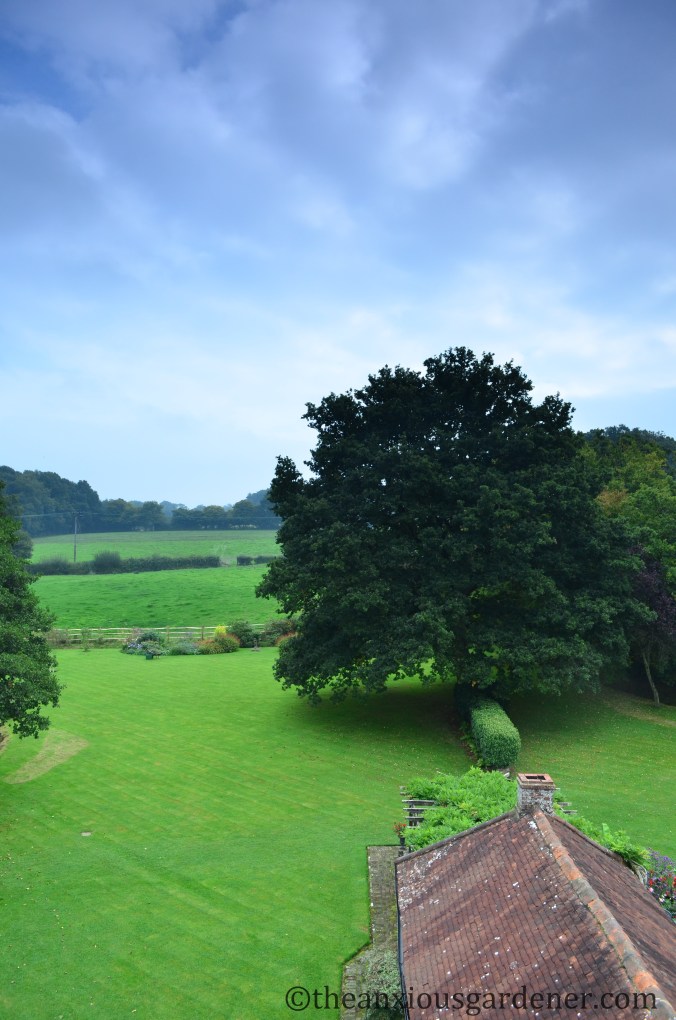 The east lawn with the kidney beds up against new post and rail fencing.

South-west over the beech hedging, more outbuildings and the drive which follows the line of mixed hedging up to the left. 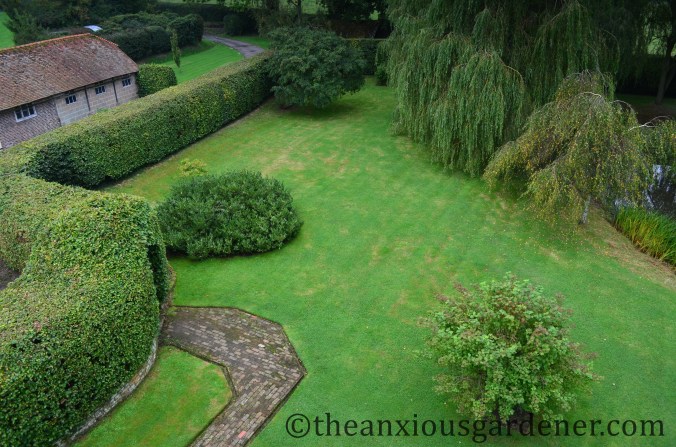 You can see how wide the beech hedge is – too wide for easy trimming.  I hesitate to cut it back very hard as I’m rather fond of its fatness.

The west pond holds a little water – a couple of weeks ago it was practically dry. 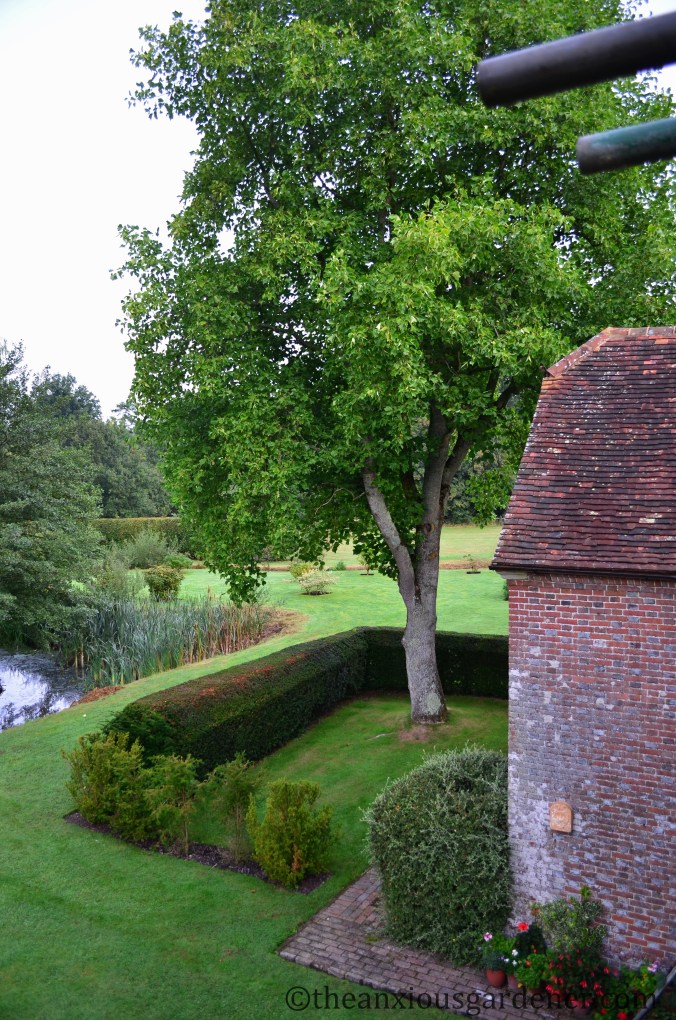 The tulip tree (within a few short weeks it will be golden-leafed) and bottom right, an arrangements of pots by the front door.

Sadly, more roofs block the view north to the long borders, veg beds and meadow.  However, you can just see the duckweed-y east pond on the right and a glimpse of the meadow. 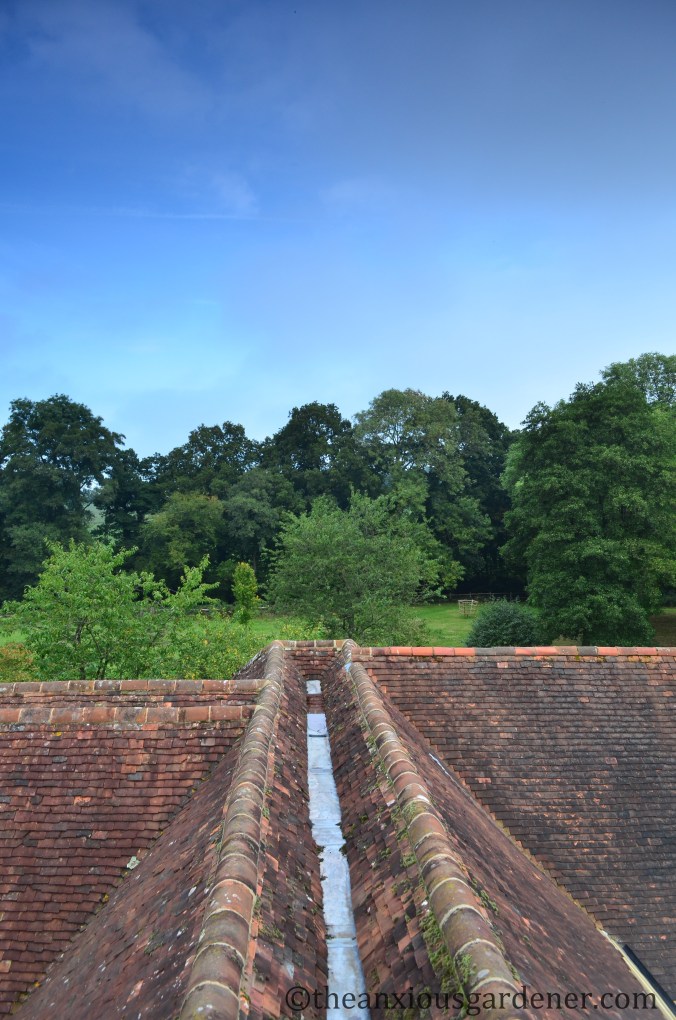 I knew that the roof had a lead-lined valley and were I of a childish and irresponsible nature, (and had the valley been wider) I would have taken a pot of paint up there with me.  Why?  Well, a few years ago a very naughty boy indeed painted an inappropriate image on a roof such as this.  I hesitate to reproduce the young man’s ‘art’ but you can see what he painted by clicking HERE.

Childish, irresponsible and not in the slightest bit funny.  I would never, ever have drawn anything similar (nor SO big) on the Priory roof.  Though I did wonder if I had, how long it would have been before anyone noticed.  It was a whole year before the boy’s parents found out.

No.  Not in the slightest bit funny.