A couple of weeks ago, after months of squelch, The Priory meadow was dry enough to support the weight of the Etesia ride-on mower … as well as my added bulk sitting on top.  Had I tried to use it before the ground was firm, the Etesia would have carved up the grass like a Panzer on fondant.

And so, one sunny morning, I drove the circuitous route out of the garden, through two gates, along the west pond and out to an acre of ankle-deep grass.

Each spring, I recut a network of pathways and mow them weekly until all of the meadow is shorn in autumn.  The paths are very visible after the meadow is cut in September (above): bright green bands curving to select rendezvous but after a spring surge of grass, they are mostly invisible.  Nevermind, I know by now where the paths should run; where to steer, where to avoid.

The distinctive foliage of the common spotted orchid

I keep to the same layout year after year because I’m a creature of habit … and to avoid flowering bulbs.  I still have a little leeway however, a little discretion to swerve around something special, something I want to encourage.  Like an orchid.  Or a wagtail.

In November 2009, I planted 600 Fritillaria meleagris bulbs on the meadow as well as daffodils and Camassia.  The Camassia quamash has flourished, the daffodils less so. 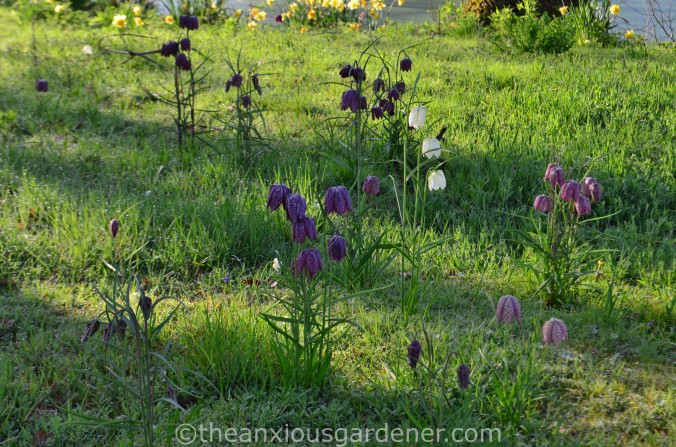 It is the fritillaries that have really prospered in this their favoured habitat: wet meadow.  Wildflower meadows are far rarer than they were a hundred years ago, of course – wet ones are even rarer.  It seemed obvious to try to develop one at The Priory, on what had been a large expanse of mostly wildlife-devoid rough mown grass. 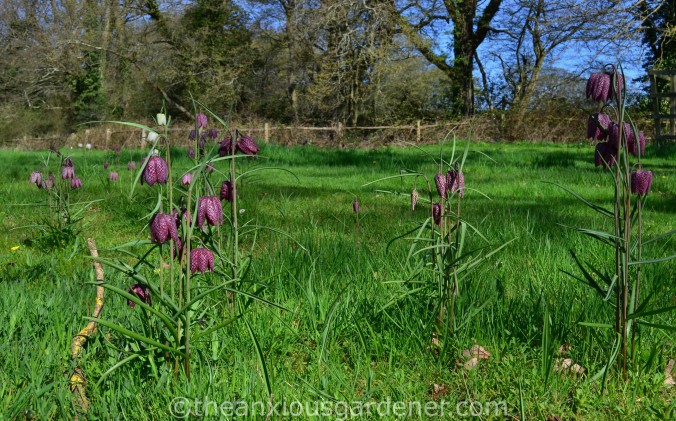 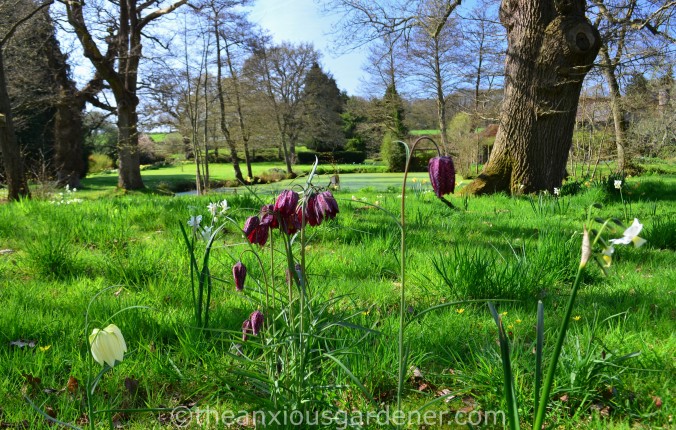 This has been a good year for snake’s heads – better than last – but if there are colonies of several dozen, I still haven’t quite the number, quite the spectacle I expected when I slipped the bulbs into spade slits all those years ago.

Vita Sackville-West called the fritillary, “a sinister little flower, in the mournful colour of decay.”  But then Vita Sackville-West was so very wrong.  Mournful isn’t a word that springs into my head when I see these beautiful, delicately patterned bells quivering in an April breeze, pulling in passing bumble bees; with an occasional and very lovely white, green-lined companion.  Sinister, Ms Sackville-West?  Don’t talk nonsense. 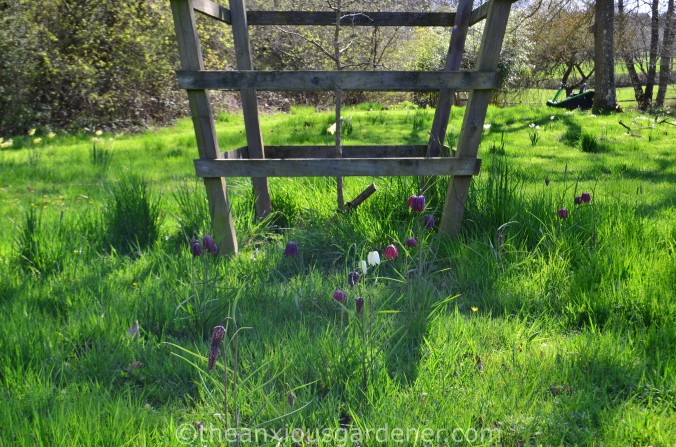 There is some debate, some muttering, as to whether Fritillaria meleagris is a true UK native … or a cultivated plant which slyly cast its seed over a garden wall.  But as it’s recorded as growing wild in C17th England, it is as native to me as incomers such as stinging nettle and ground elder.  And of the three, I know which one I want.

In June, I profligately scatter my seed 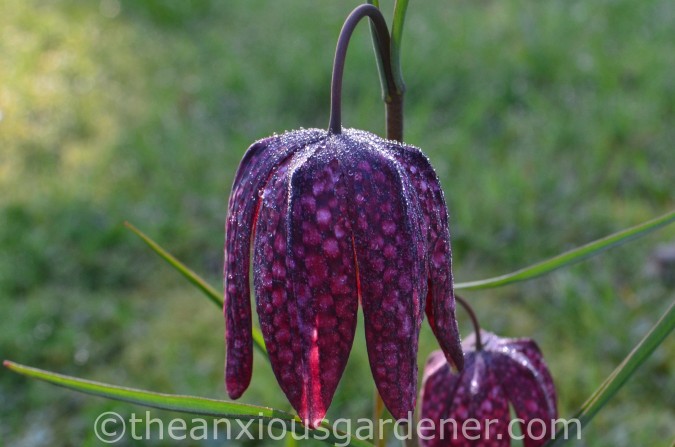 so that, one day, there might be as many nodding, sinister plants as I could wish for.  Can you tell that Vita’s comment really irks me?

Three years ago, I wrote: “The snake’s head fritillaries have been pretty good. Not fall-over-fantastic but then I’m resigned to it taking years, decades even, for them to fully colonise the meadow.” 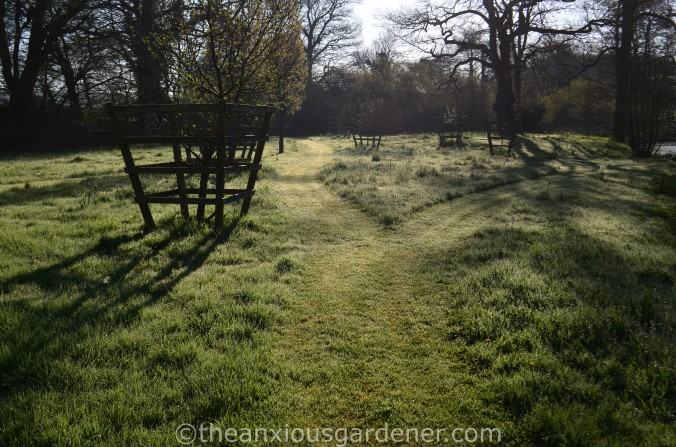 I’ve now re-cut the paths for another year

Why then, knowing that, do I always hope that the display will be marvellously better than the year before?  Silly optimism?

Perhaps, but better a silly optimist than a silly pessimist.