I’ve recently returned from a fifteen-day walk across Northern England. 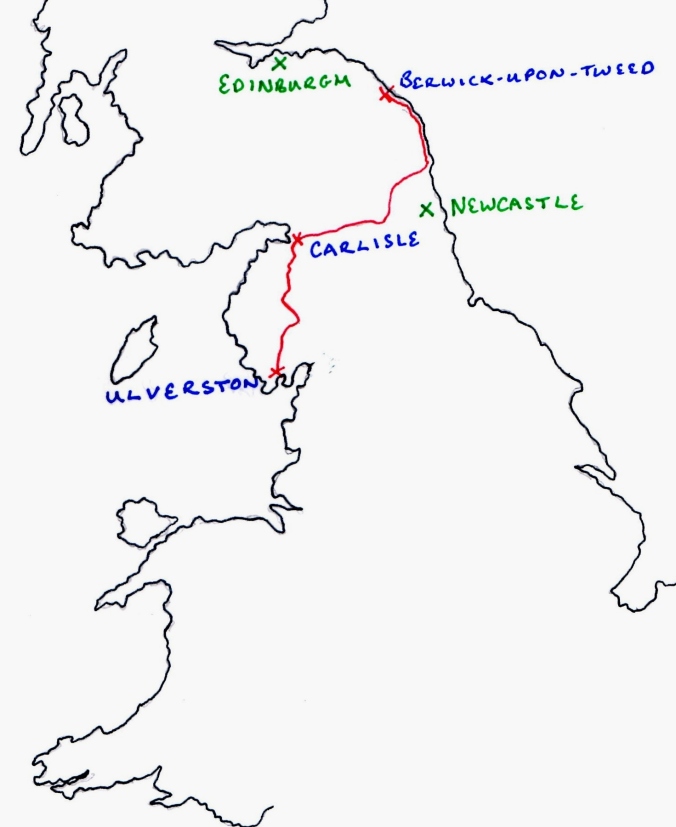 I started at Ulverston, Cumbria and finished at Berwick-Upon-Tweed, Northumberland.  My route comprised the Cumbria Way, the central (and best) bit of the Hadrian’s Wall Path and the St Oswald’s Way.

Here’s a photo-blog of what I saw.

As you may know, one of my biggest worries on any long distance footpath (apart from a closed-sign in a pub window) is persistent rain; day after day of ceaseless, pitiless rain. 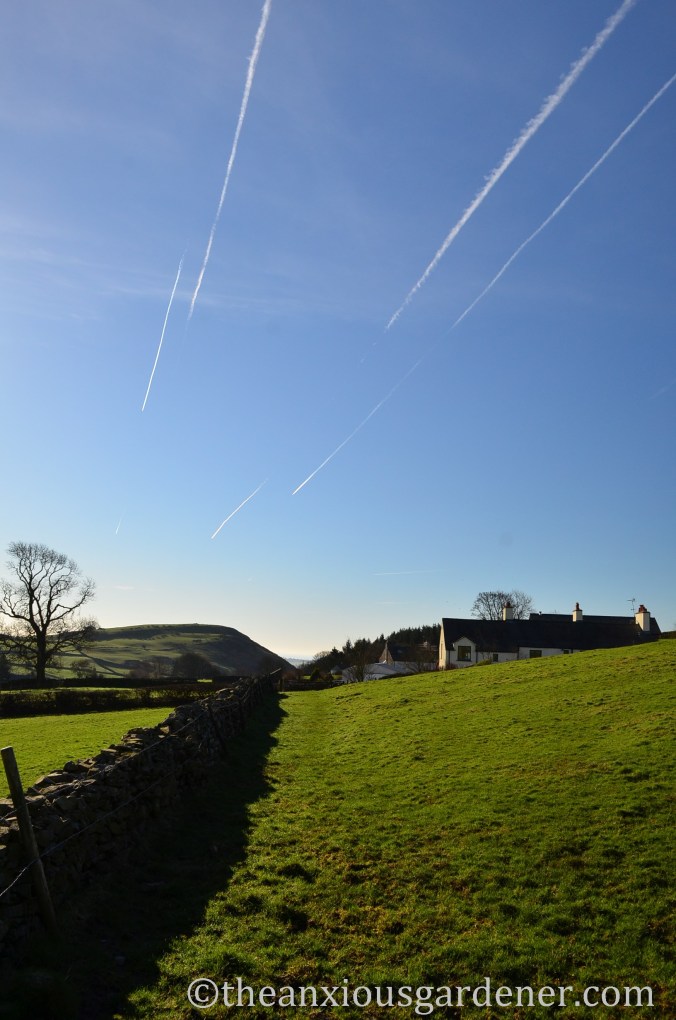 And one year that will most certainly happen … but not this time.

There were the daffodils and spring flowers I always hope for,

the regular ‘a-little-bit-of-bread-and-no-cheese‘ call of yellowhammers,

the almost constant song of skylarks,

and often in the Lake District the background sound of running water (streams and pools were mostly frozen last year). 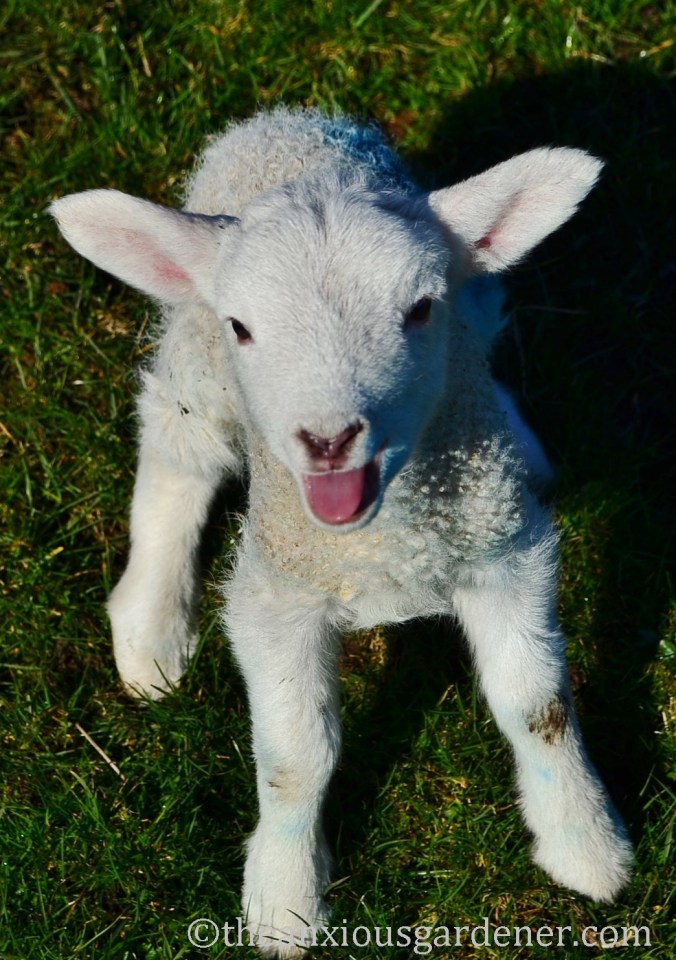 And lambs; hundreds upon hundreds of newborn lambs.

In over two weeks, I had only two afternoons of rain and one of those was of intermittent, light showers mixed with sunlight 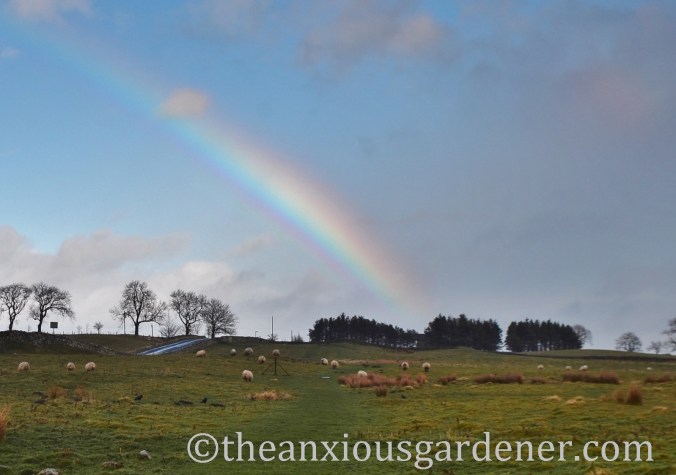 providing a succession of rainbows leading me eastward.

Low Tarn from near the summit of Coniston Old Man

On day two, the weather was so perfect that I couldn’t resist climbing a mountain.  Leaving the Cumbria Way behind and making up my own route,  I climbed the Old Man of Coniston (2634 ft) and nearby Swirl How (2631 feet),

across and down into Great Langdale.

In the five days it took to cross Lakeland, I had no rain at all – which was odd.  Doesn’t it always rain in the Lakes?

But then day three dawned overcast and misty and I thought my run of sun was over.  It wasn’t until I climbed up and over Stake Pass 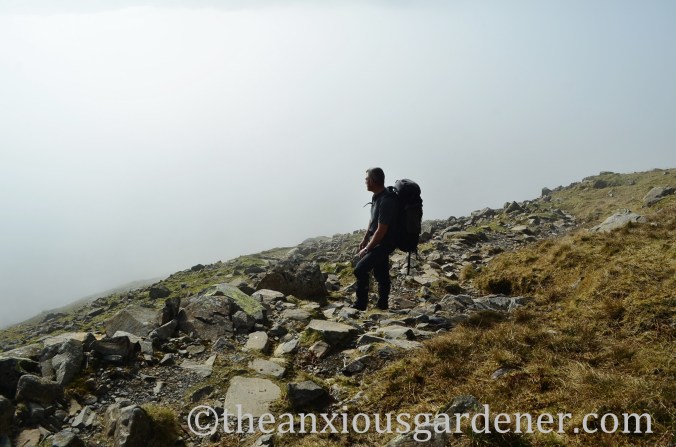 that I emerged above the mist, 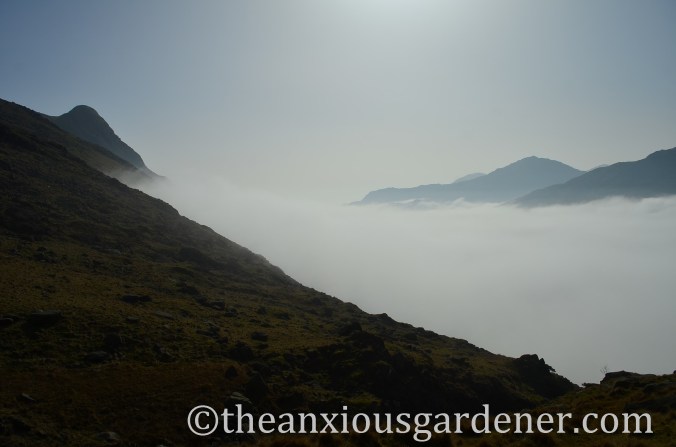 into bright sunshine once more.  Climbing above mist or cloud is always a rich reward on a stiff ascent.  That and chocolate. 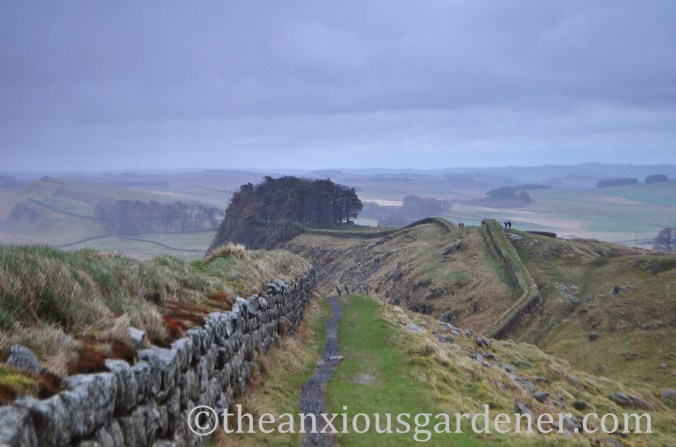 In the middle section of my walk, I rarely saw sunshine but the cloud provided a moody, dark backdrop to the grandeur of Hadrian’s Wall.

I have visited sections of the Wall before but it is only by walking beside it for mile after mile (and visiting the marvellous fort and museum at Housesteads) that I truly appreciated what an incredible feat of construction it was.

The Wall imposed an arbitrary line across Britain, sealing out the tribes to the north from the Roman Empire and cutting through farmsteads and villages (whose inhabitants were forcibly relocated).  For the first time in British history, the Romans implemented a fixed border between what would eventually become England and Scotland.

I can’t recommend this stretch of walk enough.  I thought it spectacular and you needn’t undertake a long distance footpath to see it properly. 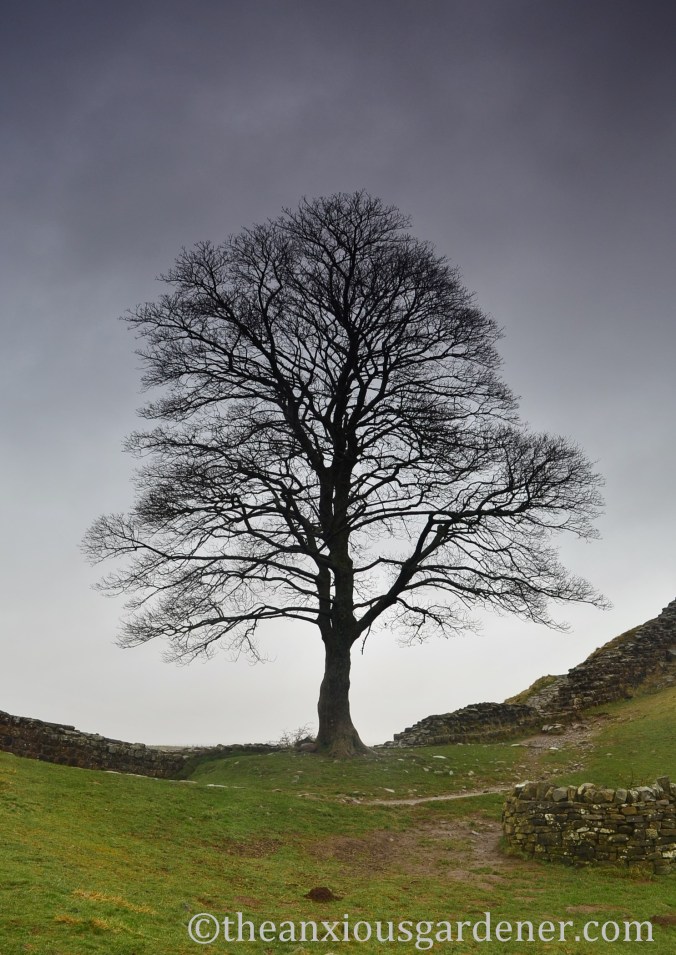 The most impressive section of Wall is between Gilsland in the west and the Roman fort at Housesteads – a distance of only about 12 miles.

When I reached the Northumberland coast the sun returned – and so did company.  I was joined for a day by my friend Jonquil and for the rest of the trip by my partner Jim and regular walking pal, Tracy. 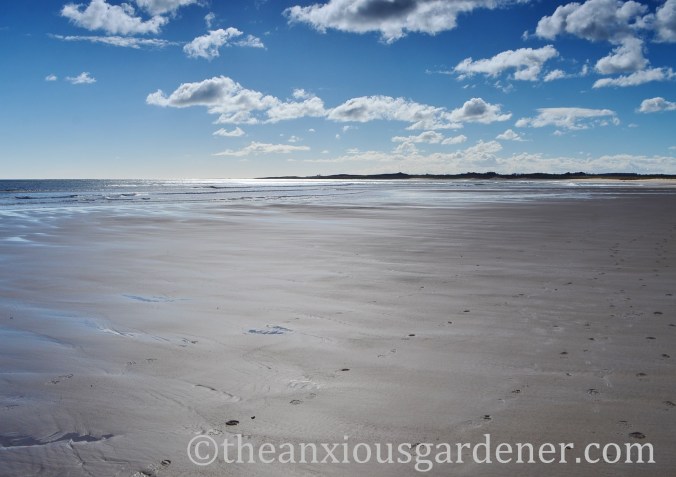 This is a magnificent coastline with vast sandy beaches,

And it has castles galore: Bamburgh Castle is world-famous but very heavily renovated in the C19th by Lord Armstrong (who also built Cragside);

I much preferred Warkworth (which I had never heard of), one time home of the Percy family 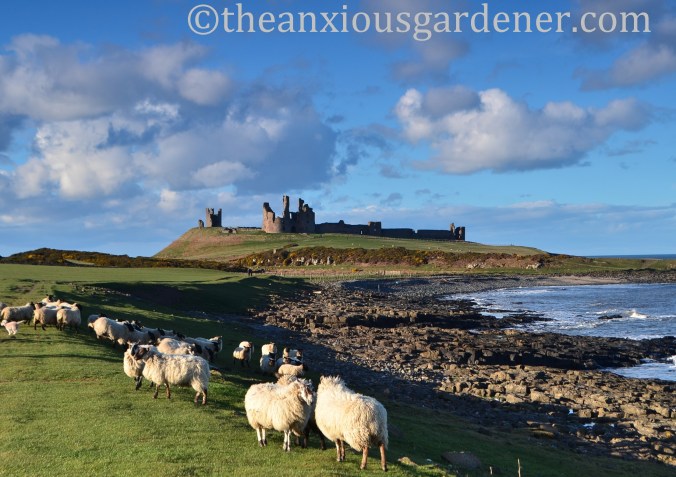 but fell in love with romantic Dunstanburgh.  Built by Earl Thomas of Lancaster as a refuge from King Edward II it didn’t help him much.  Defeated at the battle of Boroughbridge, Thomas was captured and Edward had his head chopped off in 1322.  He should have stayed at home. 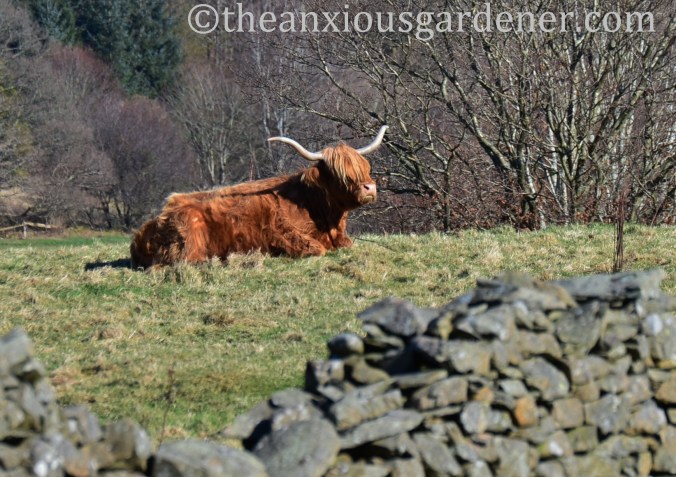 I try to keep a keen (if myopic) eye open for animals and birds whilst walking.

Amongst the birds I photographed, there was an obligatory dipper but only one (I feel a little cheated if I don’t see a dipper);

and species which I struggled to identify.

I certainly hadn’t seen shy goosanders before.  Have you?

Or a reed bunting?

Or how about a meadow pipit? 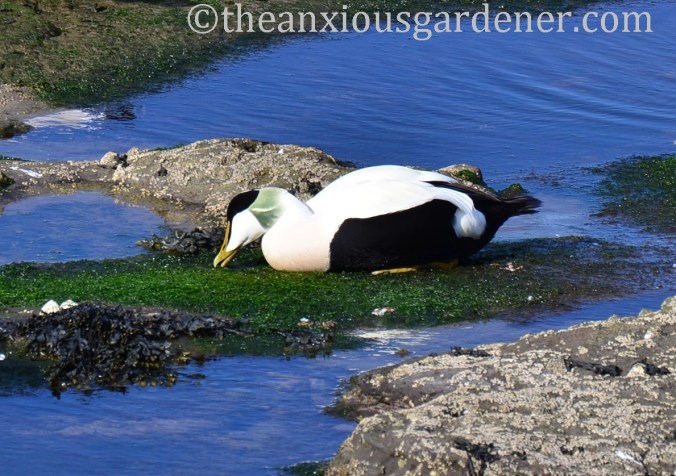 There were eider ducks, 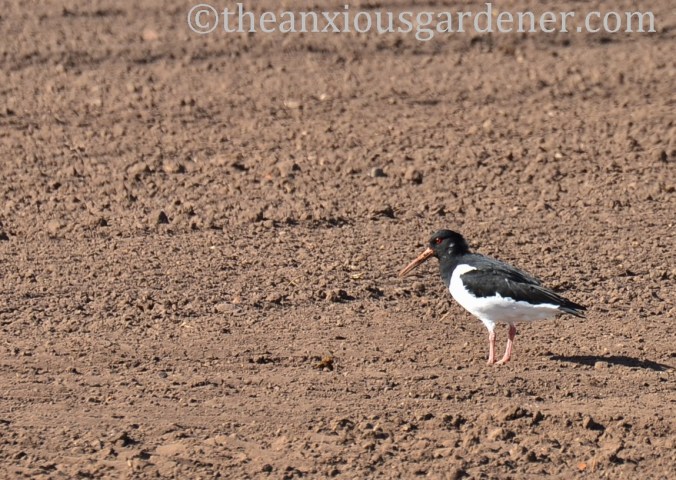 and the call of the curlew was another regular strand to the soundtrack of my walk.

On the banks of Derwentwater

sat an unperturbed cormorant, who didn’t mind in the least if people stopped to stare.  And many did.

Though I saw a hare and even a dolphin, there were no deer, very few rabbits, no stoats or weasels, no seals, no badgers or foxes.  I had especially wanted to see a red squirrel but without success.   Then one morning, as I sat on a rock eating a very nice orange, I looked up into the eyes of a curious squirrel about eight feet away.  I slowly reached for my camera but not slowly enough. 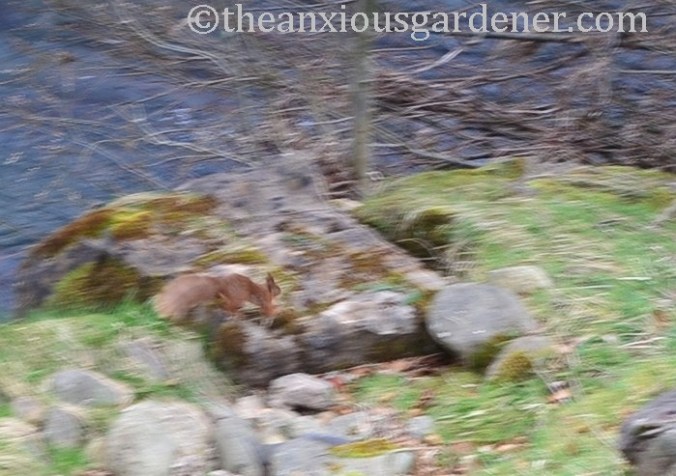 He was off and I only managed a thrilling action shot as he scampered away.  Never mind, I did see another one a few days later.  But you’ll need to take my word for it – that one was even more camera-shy.

I stayed in some marvellous B&B’s, hotels and pubs.  I particularly liked The Old Dungeon Gyhll, 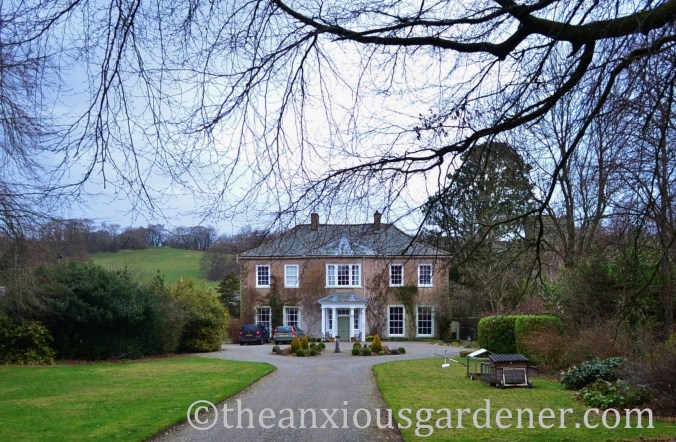 and, with top marks especially, Anne and Tim’s very beautiful, very comfortable The Old Rectory, Caldbeck.  This is a perfect example of all a good B&B should be – and cheap too. 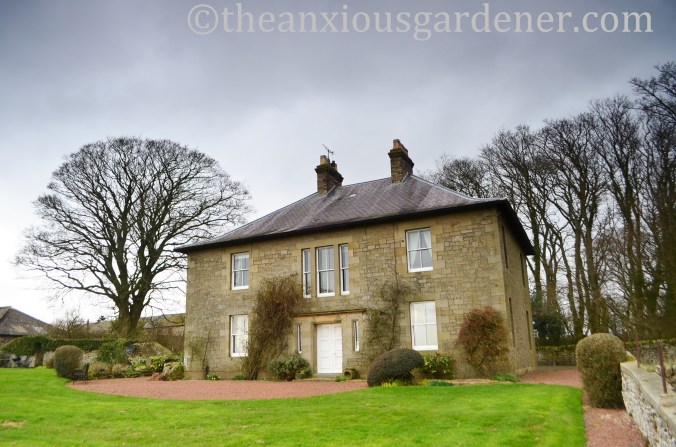 I also like Cornhills, nr. Kirkwhelpington.  (Sadly now closed as a B&B). 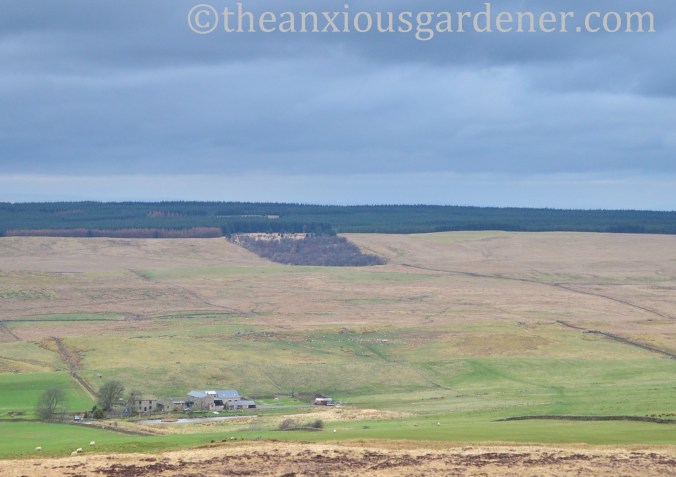 And the superb food and much sought for company (I was a bit lonely by this point) of Sean at the remote Saughy Rigg Farm, Twice Brewed.

So, how was my walk overall?  How did it rate against similar long distance walks? 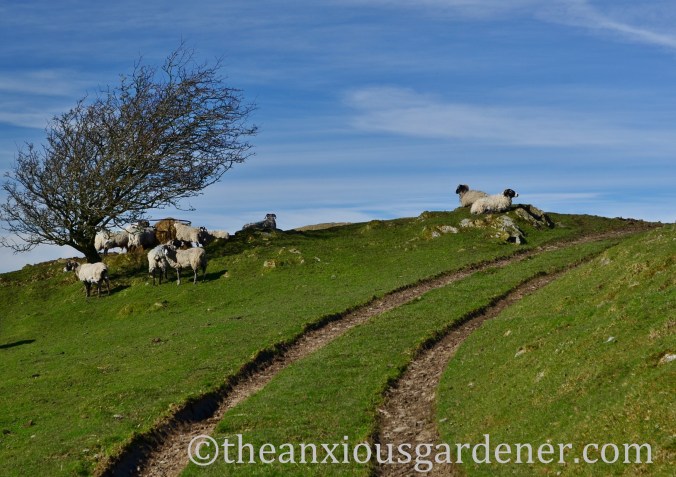 Well, I got a suntan, no blisters and lost half a stone!  The clement weather was a big bonus (though actually, I did miss the challenge of snow and ice and even blizzards);

the path was hugely varied with mountains and beaches, moorland and rivers, forests and farmland, more castles than I’ve mentioned and, of course, that Wall – there was just so very much to see and explore. 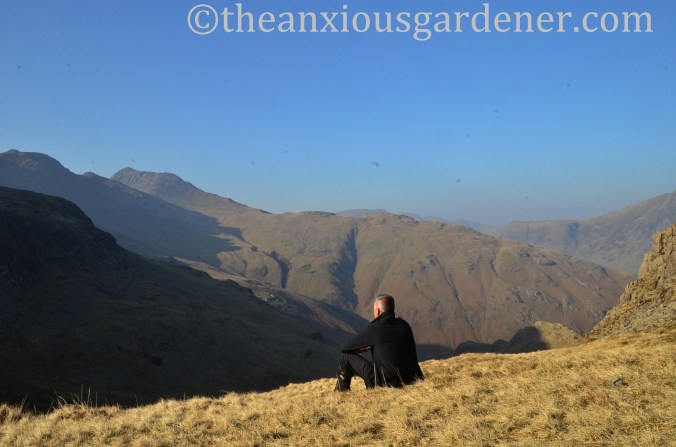 A serene moment? Not really, my heart was yammering after running into shot before the shutter clicked!

It is only twenty miles longer than the Coast to Coast path and, with all due respect to Mr Wainwright, ‘my’ walk knocks his C2C into a cocked hat and boots it deftly over a nearby dry-stone wall.  Or at least, I think so. 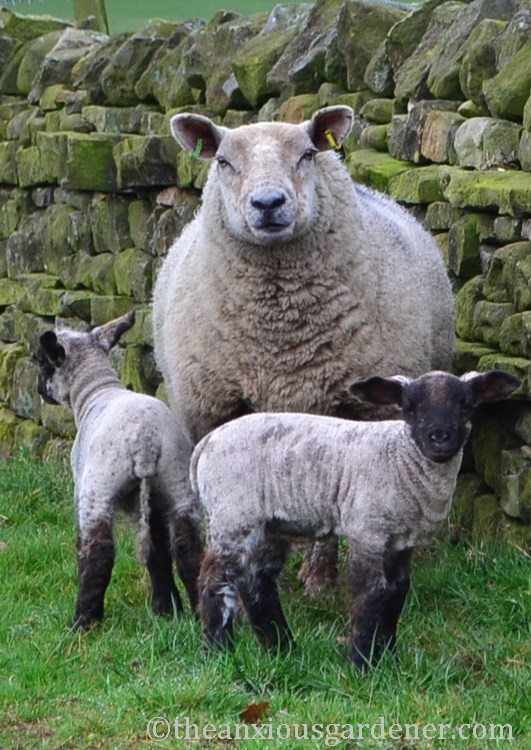 If you’re thinking of completing an English Coast to Coast walk I would heartily and unreservedly urge you to do this one.

Looking south over the Lake District from the Cumbria Way

Apart from steep Stake Pass and the (by-passable) ascent of High Pike (2159 feet) on the Cumbria Way there are few long climbs;

and whilst the Wall has plenty of ups and downs, after crossing Lakeland and with hardened calves of steel, you’ll barely notice them.

Climbing out of Keswick

And, perhaps, when you finally reach Berwick you’ll be disappointed that your walk is finished and wish, as I did, that you could simply carry on walking.

43 thoughts on “Walking Across England”