Snaking up from the house to the road, the Priory drive is about three hundred yards long and for much of that distance is bordered by a beautiful, old, mixed hedge.  The predominant species is hawthorn but with a mix of various other species including ash and blackthorn, dog rose, field maple, oak and hazel. 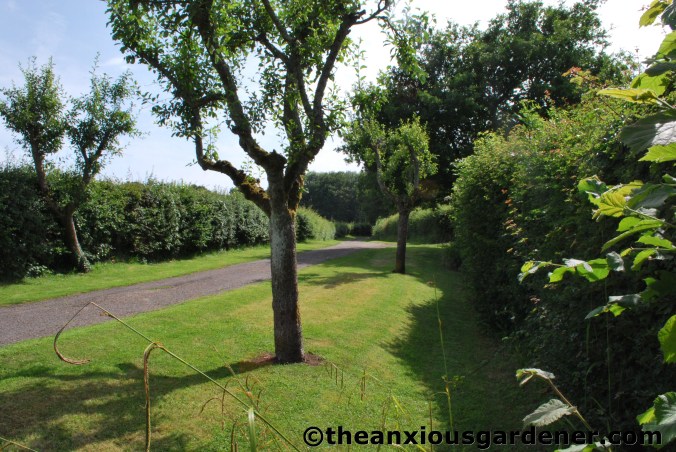 As you can imagine, cutting it is a big job.  I like to have it trimmed not so early that it will need another major cut before the winter and after the dog roses are over.  July then suits me fine.  I will need to go over it again quickly in the autumn to take off any new, long growth (bramble for example) but otherwise the hedge should now remain fairly crisp right through until next spring.

In the past, we have hired contractors to cut all the hedges at the Priory including the large beech hedge surrounding the house and gardens.  But this year, I’ve decided to do them myself with lots of help from Tim (not his real name), a proper person who helps Margaret out on the farm.  Tim knows all about engines and power tools and fuel mixes and grown up things like that.  Very handy to have around.  I, on the other hand,  know how to switch on a hedge trimmer.  And turn it off again. 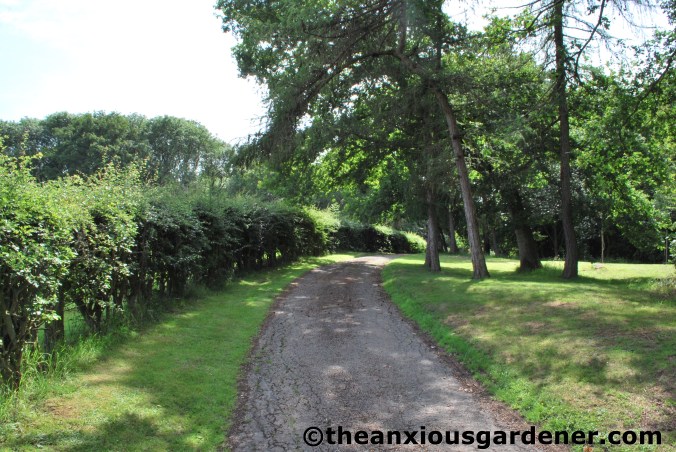 We spent two long, hot and tiring days together last week cutting the driveway hedge and a few other stretches of mixed hedging about the estate.  The raking up and transporting of all the cuttings to the bonfire site  took up a good chunk of that time.  The petrol hedge trimmers are fairly heavy when you pick them up for the first time but after you’ve been wielding them for several hours they are extraordinarily heavy.  My arms were so unresponsive they felt like they belonged to somebody else.  Though (temporarily at least) I did have biceps like a gibbon. 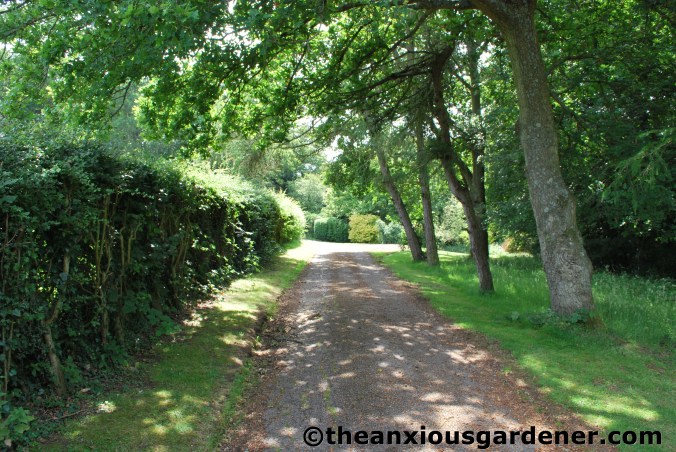 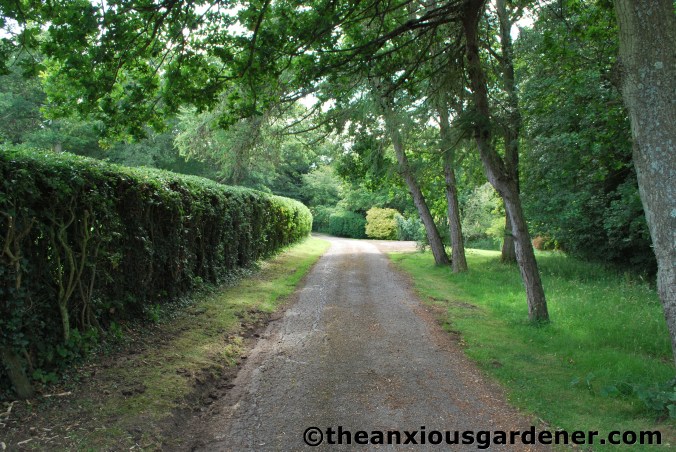 You get the idea

Whilst trimming, Tim managed to tread on an underground wasp’s nest.  He got stung a dozen times about the head but remarkably didn’t make a huge song and dance about it.

I would have made much, much, much more of a fuss.  Running around in tight circles, flapping my hands about my ears, shrieking – that sort of thing. 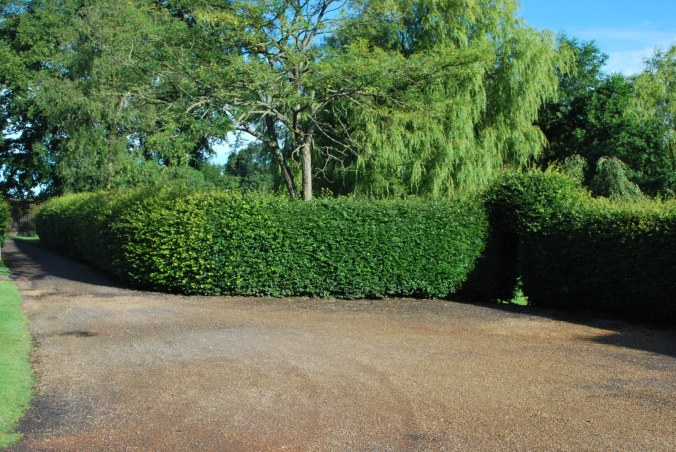 A small section of the beech hedging

In early August, we are going to tackle the beech hedging.

The beech hedge is long and in places, twice my height.  Near to the house, it is more formal than the mixed hedging so it needs to be trimmed much more carefully and neatly.  And if we cut off too much we can’t really stick some back on.  Can’t say I’m terribly excited at the prospect.  Seems like it is going to be very hard work and be very, very tiring.  Hmm, getting a little anxious thinking about it actually.  Best not do the thinking.  No, let’s look at some pretty flowers instead. 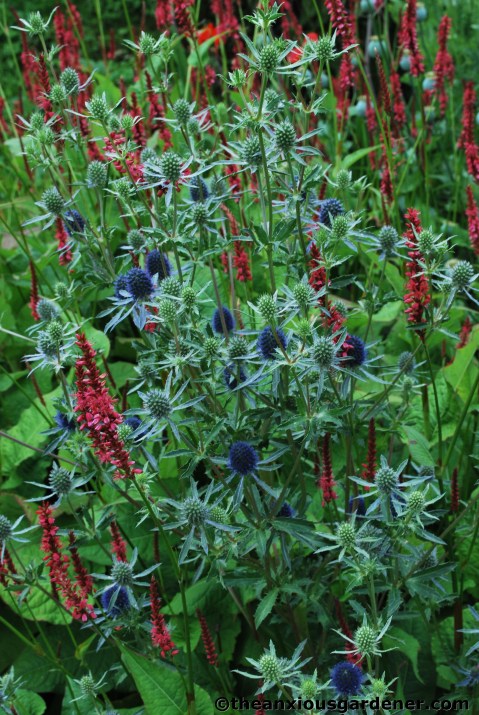 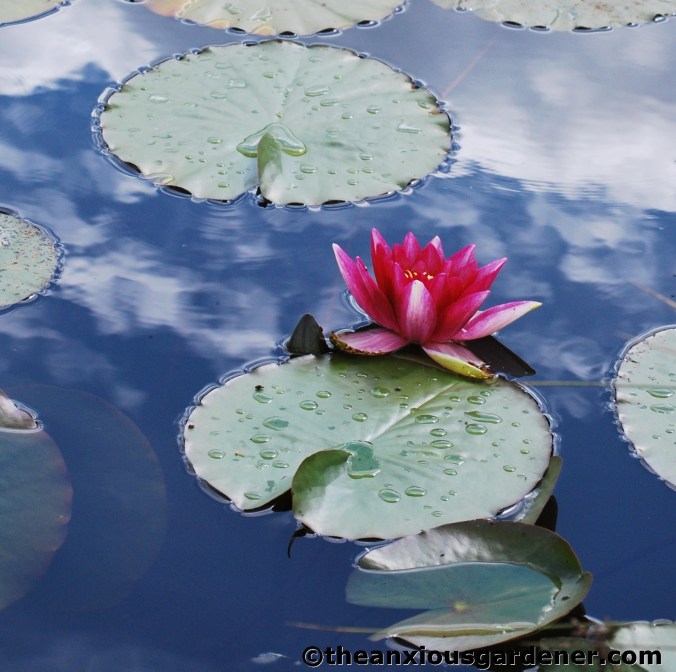 16 thoughts on “The Mixed Hedging”