I was working on the rose tunnel the other day and suddenly became aware of a constant, small companion.

It was a Goldcrest (Regulus regulus), Europe’s smallest bird (along with the similar Firecrest).  I’ve only ever caught a glimpse of one at the Priory before, as it darted into some conifers – their preferred hunting ground.

This one was unperturbed by a gardener and camera looming ever nearer, as she hunted for insects on the roses. 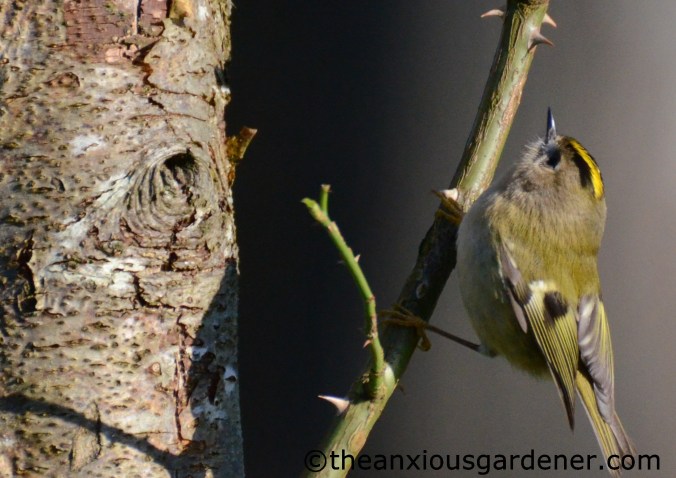 It is a female – males have an orange crest.

Terrific, fearless little bird.  I once watched one endlessly attacking its own reflection in an outside mirror.  After twenty minutes, and fearful for its mental health, I chased it off and covered up the glass – and removed the mirror shortly afterwards.

Like many small birds, their numbers can plummet during harsh winters.  But within a few years the population creeps back up again.  According to the RSPB, the UK winter population is between three and five million, so you’d think you’d see them more often. 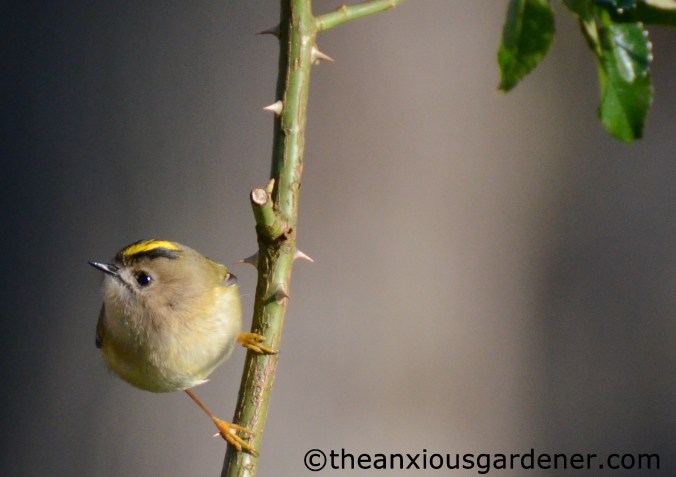 But given that they are so tiny, (about 3.5 inches long and a fifth of an ounce in weight) and don’t often come to feeders, I guess it isn’t such a surprise after all.

I’m sure you’ve often wondered how many Goldcrests you can fit in one nest.

Find out here. (Might be viewable in UK only).