Gardening is a fine job

Some of the visitors to the Priory are aloof.  I see buzzards regularly wheeling and crying above the valley but only very rarely close up and personal – and never when I have my camera in my fist.

Equally standoffish are the Chinook flyboys clattering low and noisily overhead; despite my waving and hallooing, they never stop for tea.

The mallards not so.  They used to fly off at my approach but over the years they have become accustomed to having me around.  During the first spring or two, a mallard mother would lead a long, single file of mallard babies from one pond to the other.  It is a Priory scene that I miss; they breed still but there are no cute ducklings with which to charm you.  I often find broken mallard eggs on the lawns and I suspect mink are the culprits – which, unfortunately, are present at the Priory too. 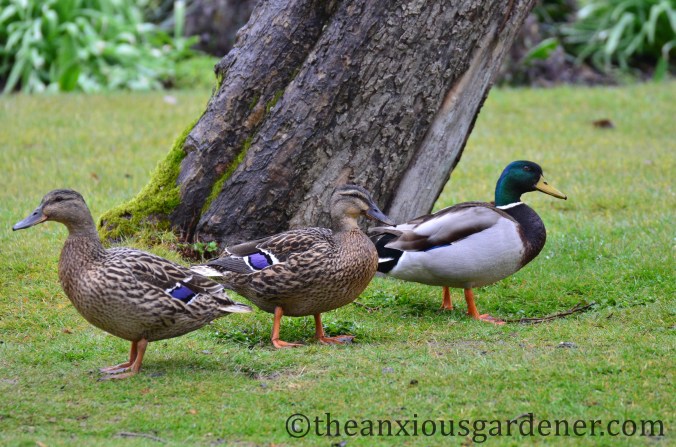 Otherwise the ducks seem content; they can stand below the bird-feeders pretty much with their bills open and catch the scattered waste from above.

Sometimes they have a not so welcome companion.  I can’t abide grey squirrels.

The Old Forge has a rabbit epidemic and they do a lot of damage – I have lost so many new plants to their digging fun.  Thank goodness, the Priory gardens are surrounded, gulag-like, with rabbit-proof netting.

It doesn’t make it 100% rabbit proof of course.  Young rabbits are small enough to squeeze under the gate and this fellow really sought my patience by scampering into a greenhouse. 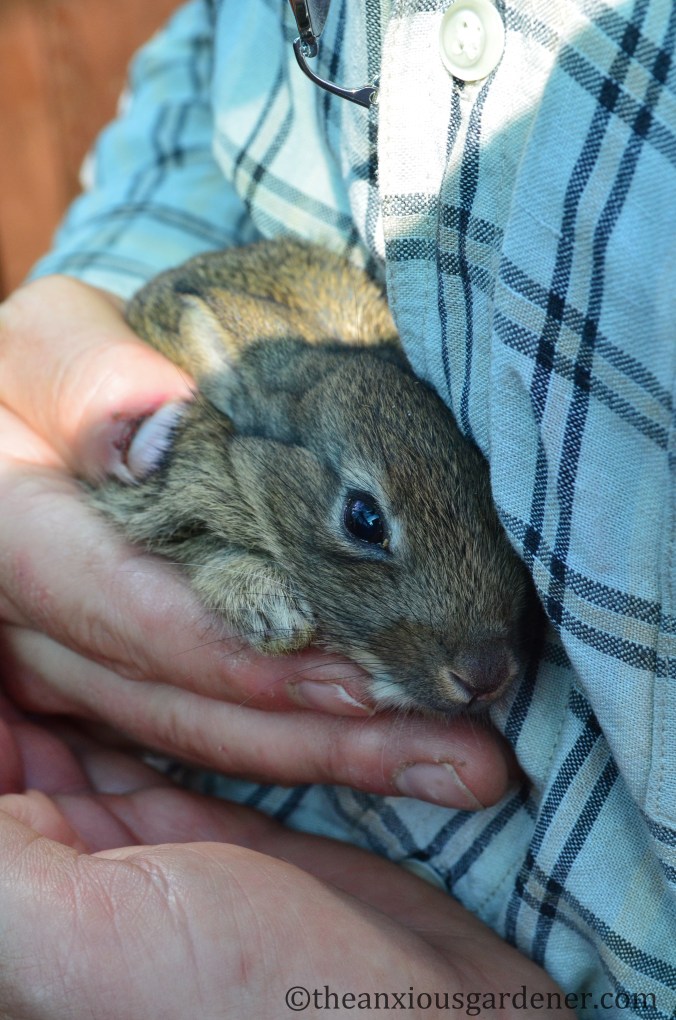 I was inclined to pop him under a pie crust.  But I didn’t – I released him into Margaret’s field, with a final wag of the finger.  (He probably sprinted straight round to the gate again).

I quite often find birds in the greenhouses.  Wrens, robins, blue tits and on one recent occasion 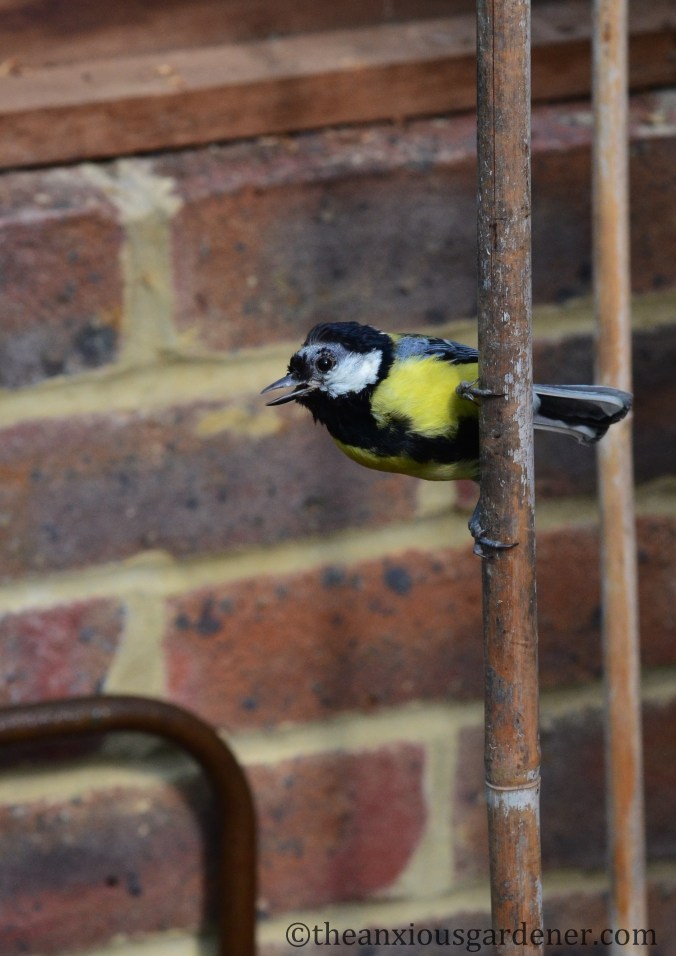 a moulting great tit.  I usually leave these birds to find their own escape but this one seemed exhausted and I managed to gently shoo him out of the door.

Talking of moulting birds, I felt so sorry for this female blackbird.  To raise a brood is hard enough but to do so whilst moulting must be truly miserable.

She even looks itchy.

Both she and her mate worked non-stop

to feed their chicks high up in the rafters of an outbuilding.  (When the doors were closed they entered through that hole in the door.  That one, there).

a robin family squeezed in too.

I’ve started work in a new garden and was tidying up near an old door, when something in the leaf litter moved – didn’t half make me jump.  A rat?

Thankfully not, just a sleepy hedgehog – always a joy to see.

I do wish I had these at the Priory but the rabbit netting keeps them out too.

Back at the Priory, I need to be vigilant whilst mowing.  There so many froglets about – I’m forever carrying them away to safety. 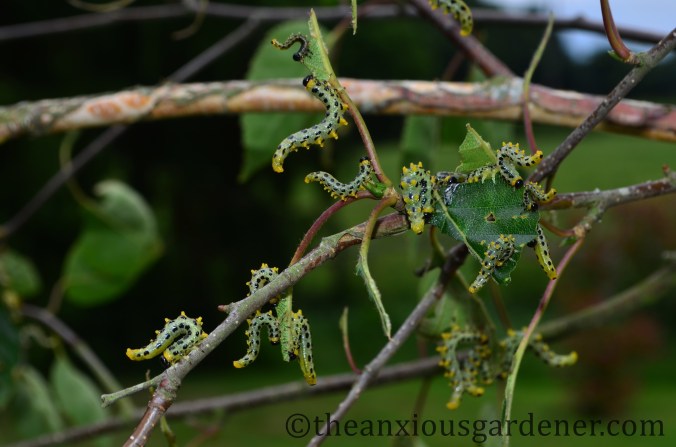 Some visitors are more unwelcome.  Like last year, birch sawfly larvae were stripping the leaves on my Himalayan birch.  They did a great deal of damage before I noticed and, perched on a step-ladder, collected several dozen. 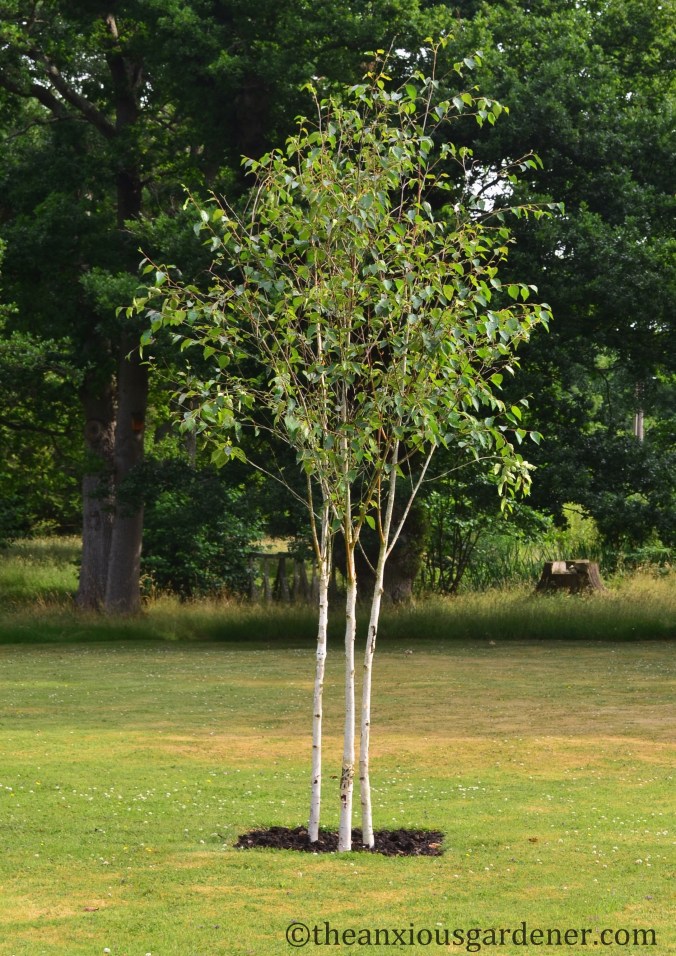 The three trees recovered somewhat but then I noticed a new batch of tiny larvae.  I’ve squished them but more may show up.  It is annoying; there are plenty of other birch that would survive a concerted sawfly attack and to which the caterpillars are welcome. 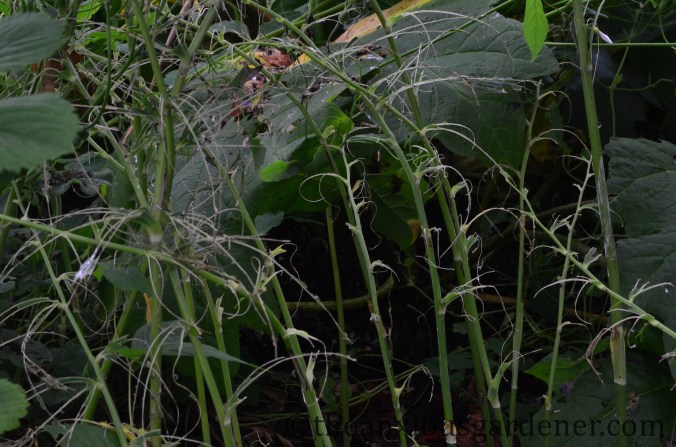 In the past, I have suffered them but this year I decided something had to be done.  I picked them all off but once again the damage was mostly done and, unlike the birch, these won’t regenerate this year.  I’m hoping that I have broken the sawfly’s life cycle.  (After sating themselves, the grubs fall to the ground, pupate and hatch out the following year, lay their eggs and repeat the same sorry process). 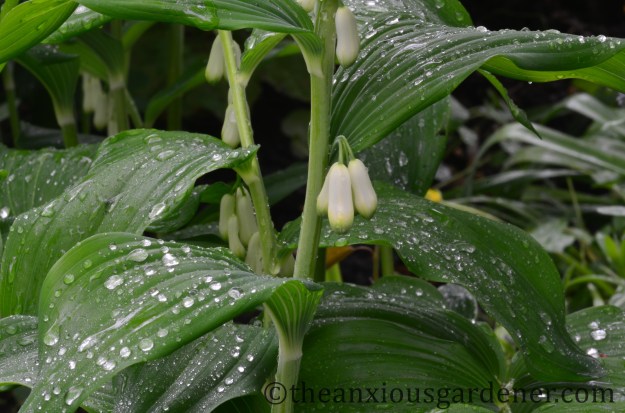 The leaf stripping doesn’t stop the plants from flowering but I suspect there would be more stems if the plant died down in its own good time.

But what to do with all those grubs?

I tipped them out under the bird-feeders but only a passing moorhen showed any perfunctory interest but didn’t eat any.  Ingrate – they must be unpalatable. 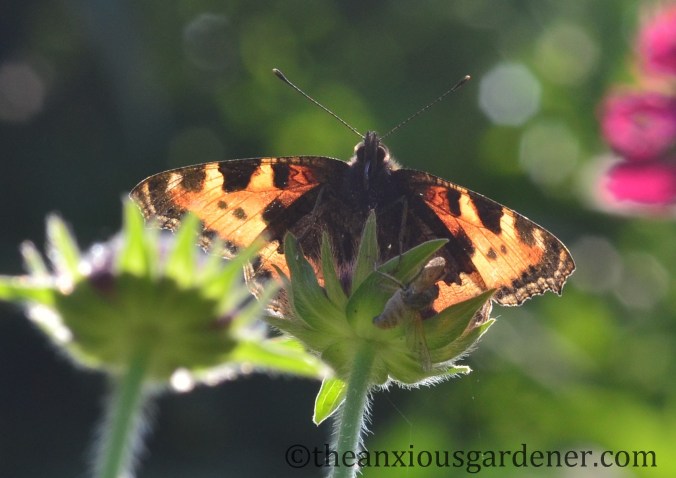 Now that we are having a ‘proper’ summer, I am heartened to see so many butterflies 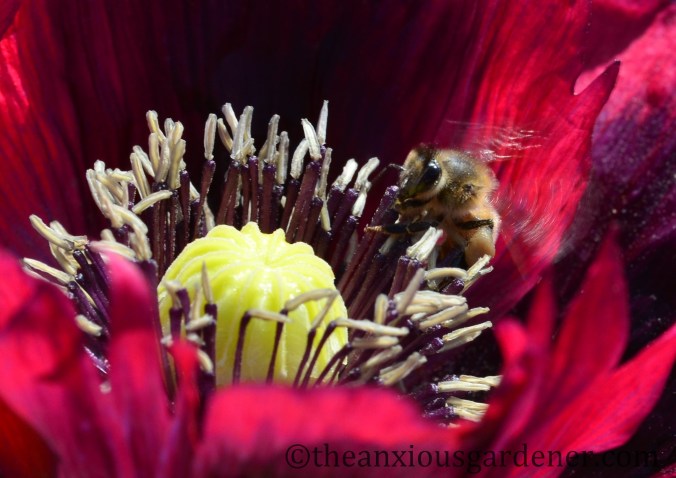 and relieved to see honey bees – there have been few these last couple of years. 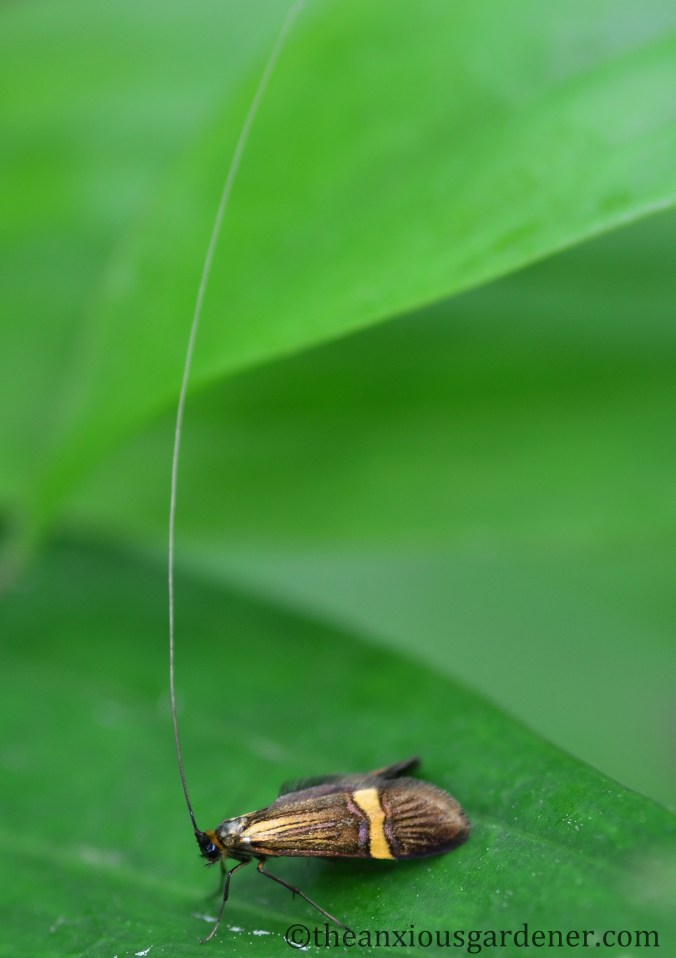 Sometimes it can take me a while to identify an insect.  This is a longhorn moth (Nemophora degeerella) apparently.

But after a long, hot day one 16-year-old visitor has had quite enough of gardens, gardening and all things wild.