On the west pond is an island.  It is perhaps ten paces across, with a weeping willow and several alders.  For most of the year, I leave it be; 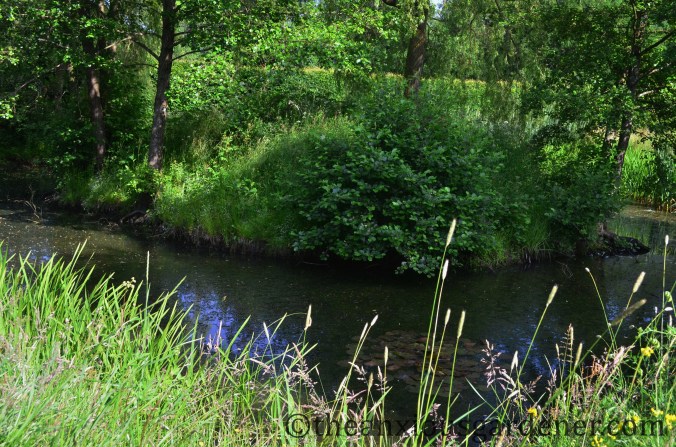 … a refuge for moorhen, mallard and, very rarely, kingfisher. 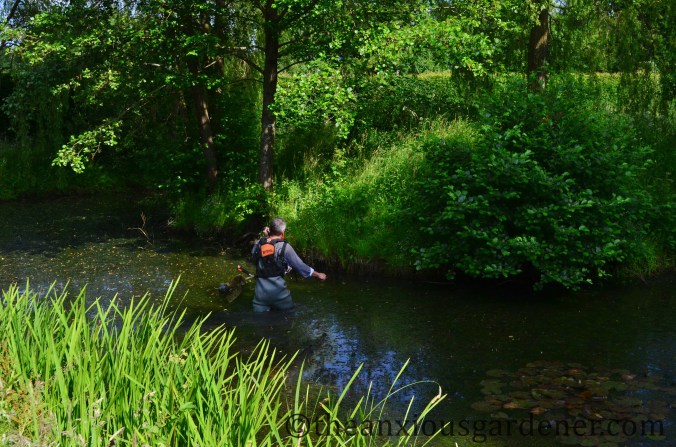 But, back in July, I pulled on my (leaky-cold-trickle-down-the-back-of-left-leg) waders and ventured out with the strimmer. 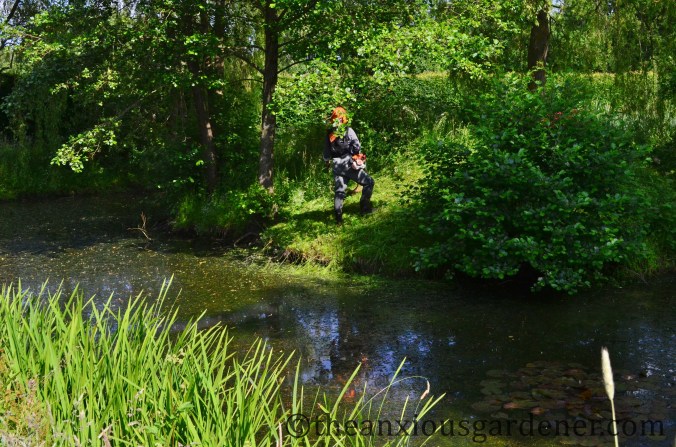 I have to strim it once or twice a year to stop brambles, willow and more alder taking over.

Clearing all the undergrowth …

… and two A. palmatum ‘atropurpureum.’

Whenever I do go over to the island (I ought to give it a name, I suppose), I take a watering can to give the acers a good soak … and a piece of cheddar for any wild-eyed, hairy castaways I might meet. 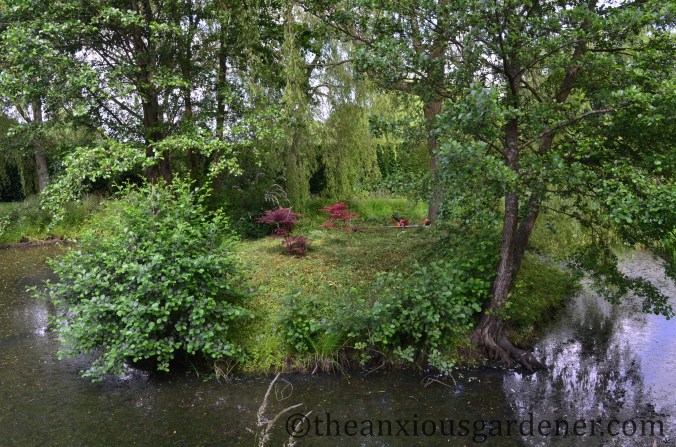 Job done; you can see the weeping willow (right of centre) and the seven alders.  The latter are now restricting the willow and their time is up – they await the woodman’s axe (or more prosaically, the tree surgeon’s chainsaw).

After strimming, I removed any shed branches and at some point I’ll return and cut back the alder suckers which have grown up from previously felled trees.

On the other side of the garden, in the middle of the east pond, is another island (a grand term for a pile of bricks and a thin scalp of soil).  Someone at sometime, planted Pseudosasa japonica and it has always looked horrible – with dead stems and infested with nettle and rosebay willowherb.  The bamboo struggles because the islet (?) is too wet in winter (sometimes completely submerged) and too dry in summer (when the water level drops right down – further than in the above July photo).  Last year, I planted a corkscrew willow (Salix matsudana “Tortuosa”) out there and I wanted to check on its progress.

… and so, with much waving of flags and cheering, it was time to launch the Priory boat – HMS Despondent.

I normally push-off from a flight of steps but a selfish moorhen had built a nest directly below them.

And so I slipped her down a steep bank into the duckweedy, pungent water. 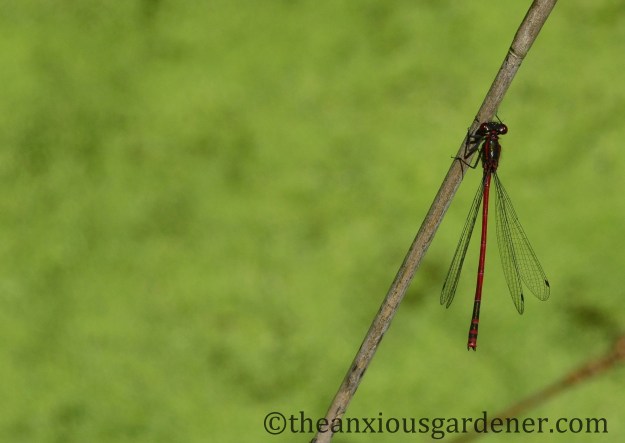 … low down amongst the insects and breathing in watery decay as my paddle disturbs the surface water and decades of sediment.  Rather like paddling up the Orinoco I imagine (without piranhas). 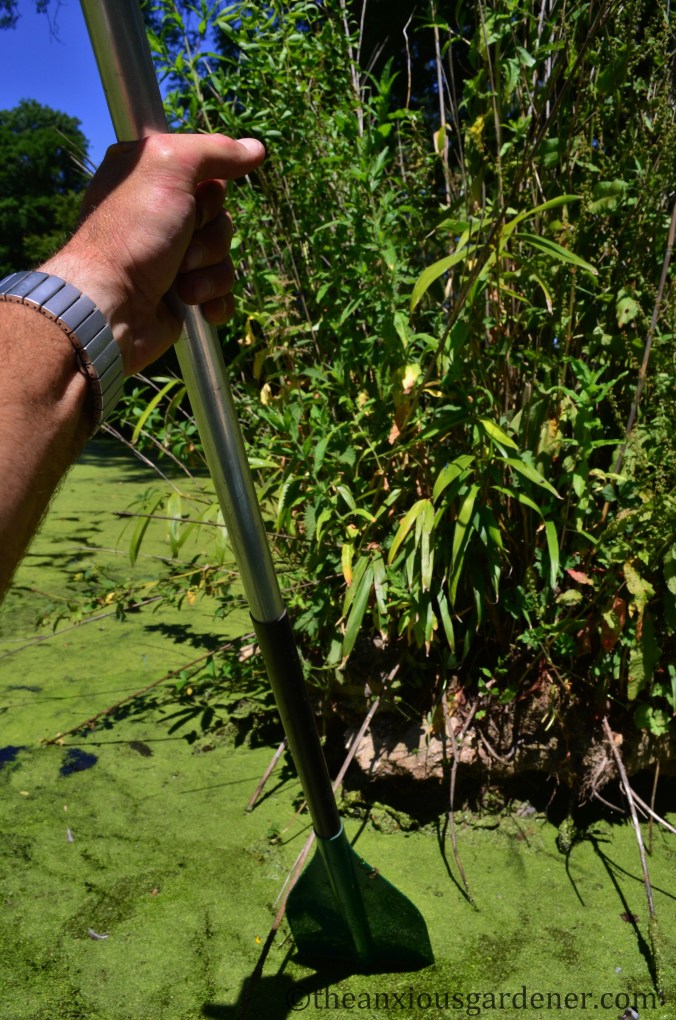 The water shelves at the island and, using the paddle, I pulled the boat close enough to tie up (very important) and hop out (in my wellies).

A few minutes work with secateurs revealed the young tree, a dogwood and an old, quietly rotting duck nest-box; the repair or replacement of which will be a good winter project.

Hmm, hardly a beautiful sight, eh?  But, please bear with me; this willow is very fast growing and so try to imagine, if you can, what it might look like in a few years’ time.

Ah, you’re struggling to picture that aren’t you?  (Me too, actually).

Well, here’s one I prepared earlier.  Does that help?  This was a similar size when I planted it three or four years ago and though its growing conditions aren’t as challenging as out on the island, I’m hoping that the youngster will do just as well.  In time.