I was reading a post on Christina’s blog the other day about a calendar she made from photos of her garden and remembered that I too normally make one.  I haven’t for a couple of years but with that prod from Christina, I decided to leap purposefully into action.

Using an online company, I uploaded twelve photos and a thirteenth for the cover.  The photos are taken at the Priory and mostly during 2014.  Some have appeared on The Anxious Gardener before but not all.  Anyway, here they are. 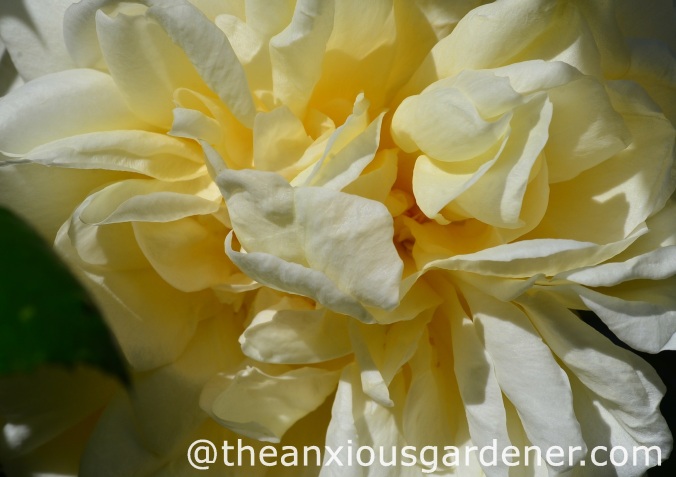 For the cover I used a rose … but I can’t remember which one.  R. ‘Claire Austin’ probably. 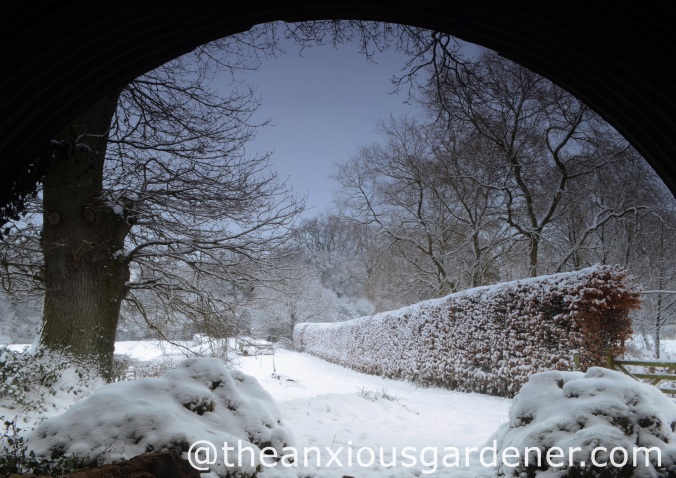 January 2012 provided a view from the shelter of an old Nissan hut where I chop wood in bad weather. 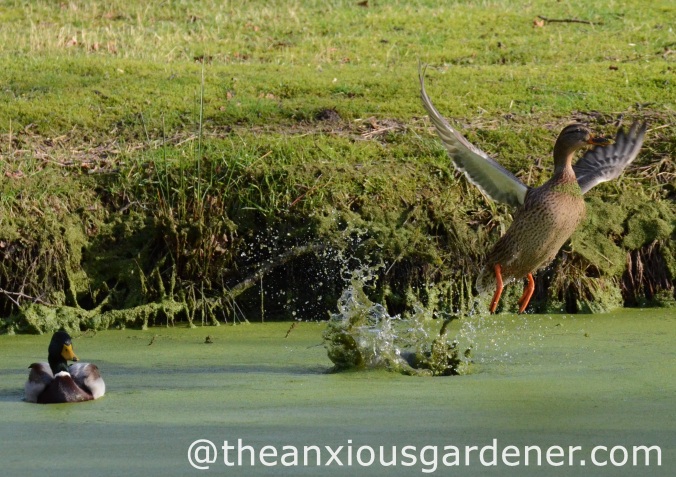 February has a female mallard flying out of duckweed soup as I took one step too close. 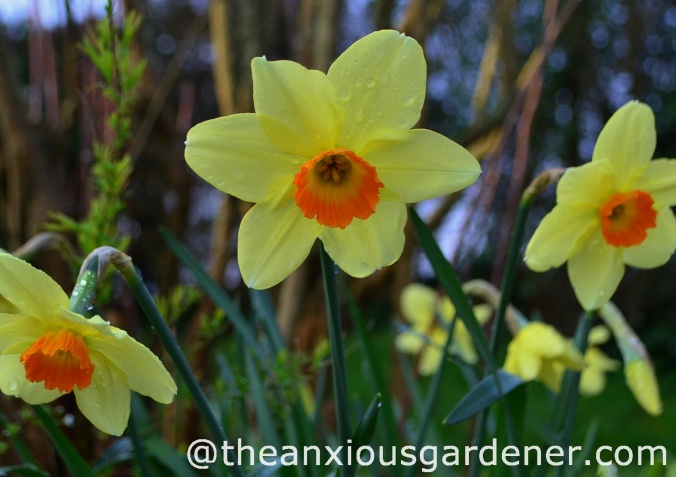 March brings daffodils – or at least March 2014 did.  Usually most don’t appear till April. 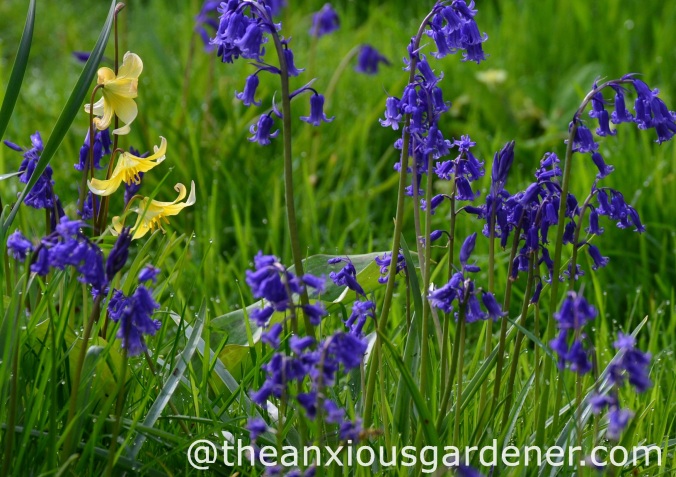 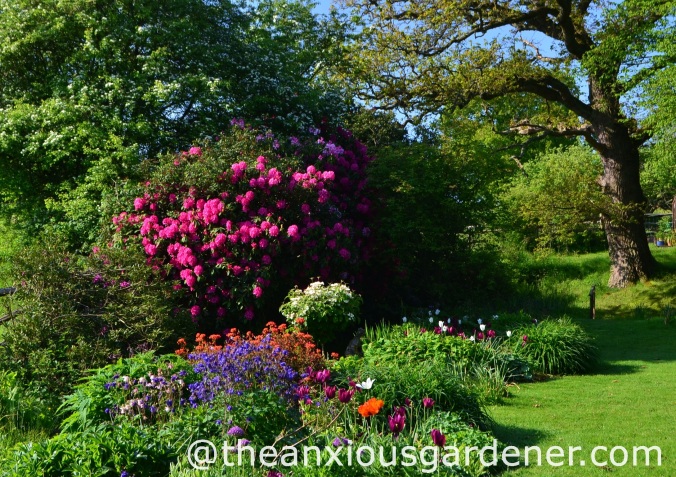 May 2014 and the kidney beds are busy against a backcloth of rhododendron and hawthorn. 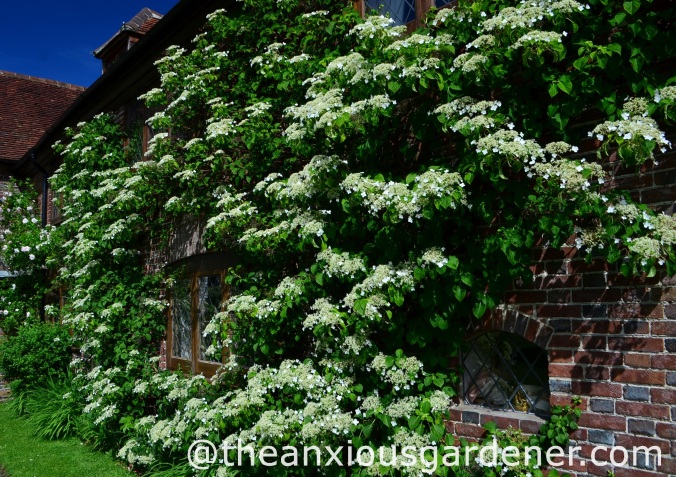 Last June was good for the Hydrangea petiolaris on the front wall of the house.  Some years, late frost kills the flower buds. 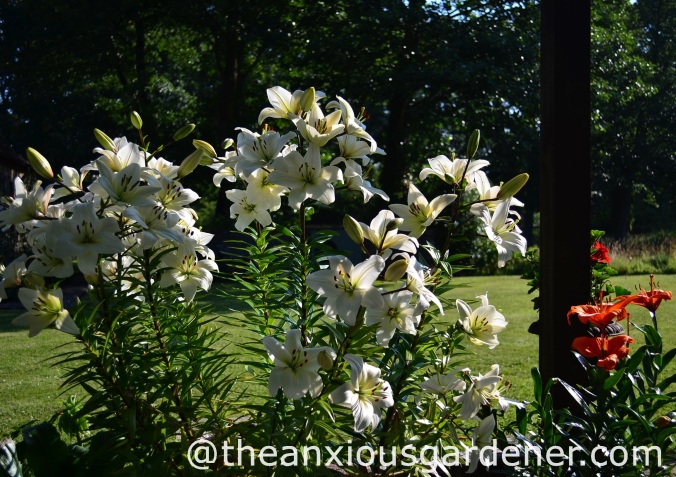 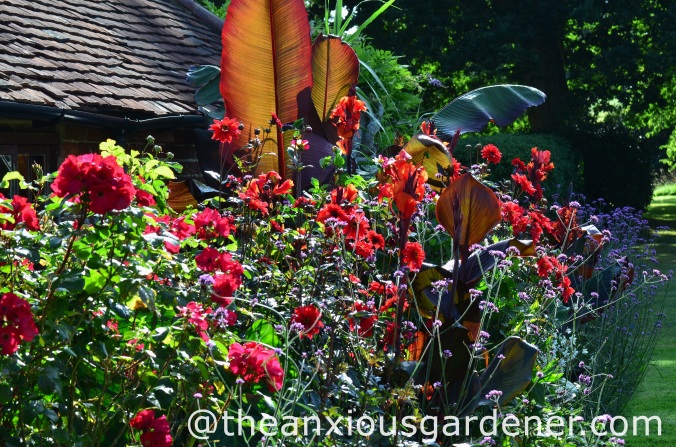 I’ve used the tropical border from 2013 for August. 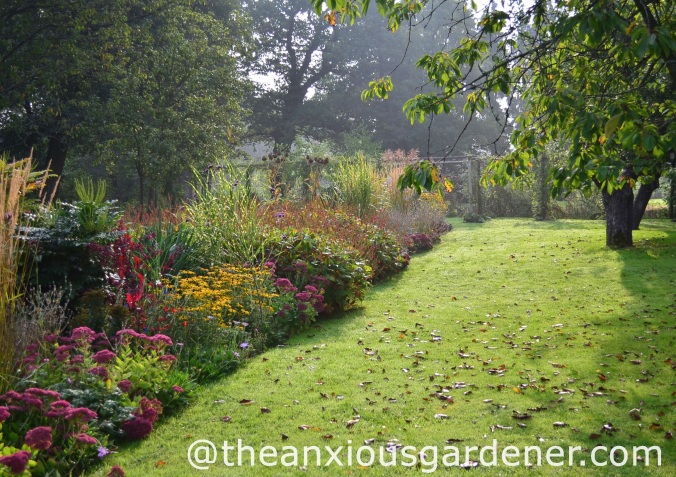 Back to 2014 for this September scene featuring the long borders. 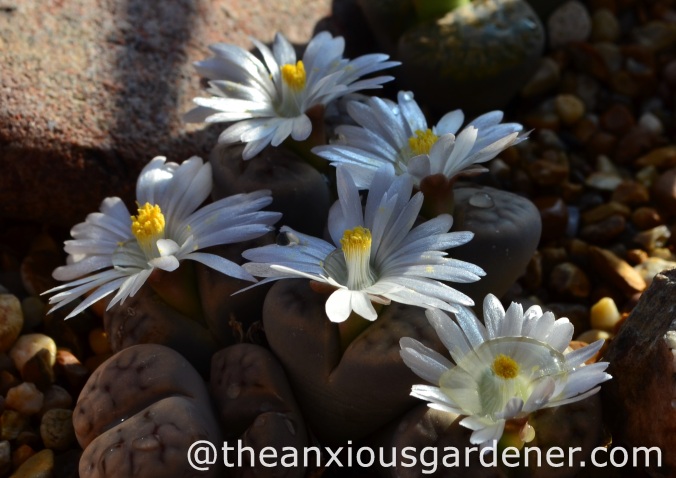 October 2013 gave me flowering lithops (taken after some slapdash watering). 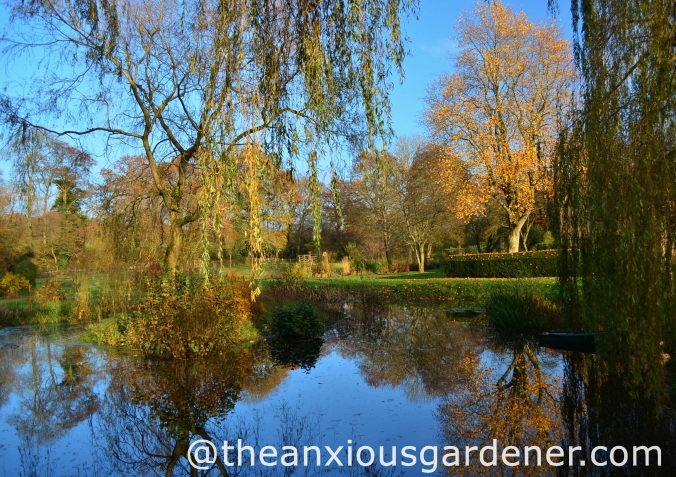 The west pond in November featured in a recent post.

And finally, way back to 2012 for this shot of Margaret’s sheep grazing in wintry sunshine. 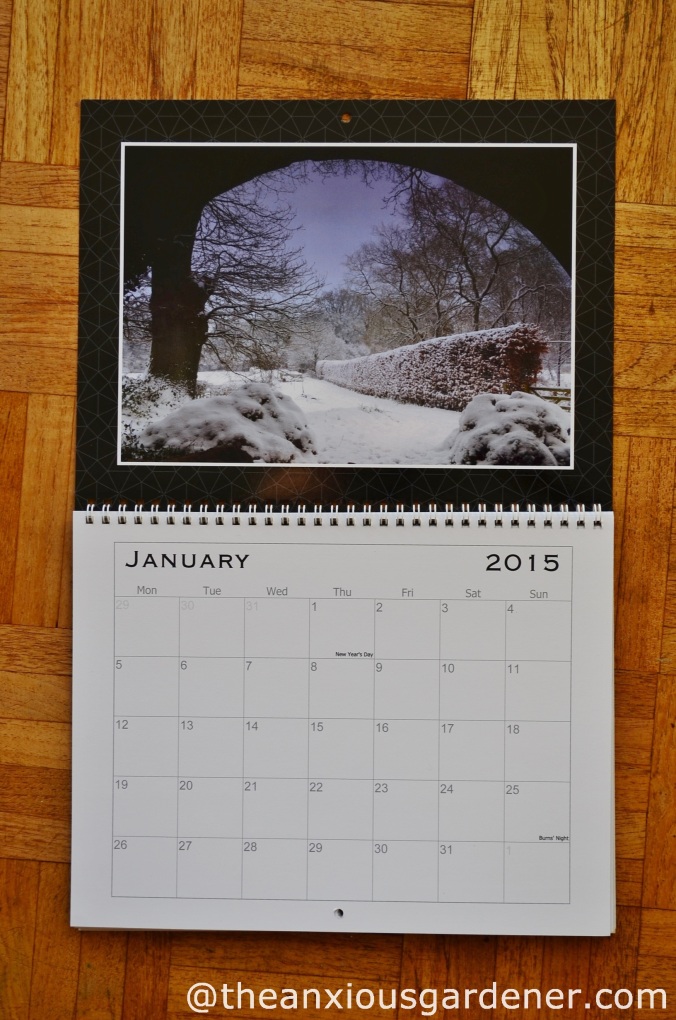 It was quite time-consuming picking photos and a couple of them didn’t reproduce quite as well as I’d hoped but still worth the effort, I think.

Now then.  Your turn.