Over in the meadow, the first Camassia quamash has flowered.  I planted 200 of these small bulbs last autumn so this better not be the only one.  (Or else there’ll be trouble).  Very pretty, I think and a little startling when I first saw it.

I really like Aquilegia.  Does anyone not?  A few years ago I nabbed some seed from a friend’s garden.  I now have several of this blue form and encourage it to self seed where it will:

I also grew a dozen or more Aquilegia william guiness from purchased seed and released it into the Priory garden to run amok: 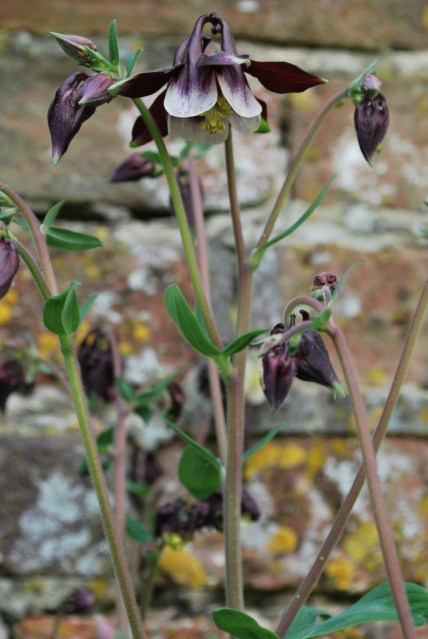 But my all time favourite is this little alpine species, Aquiliegia canadensis.  What a gem.  (It’s only four or five inches tall.  Bless).

The very last of the Priory daffodils are now flowering.  Daffodil actaea is delicate and fragrant and extends the daffodil season well into May.  At least normally it does but everything is a couple of weeks early this year. 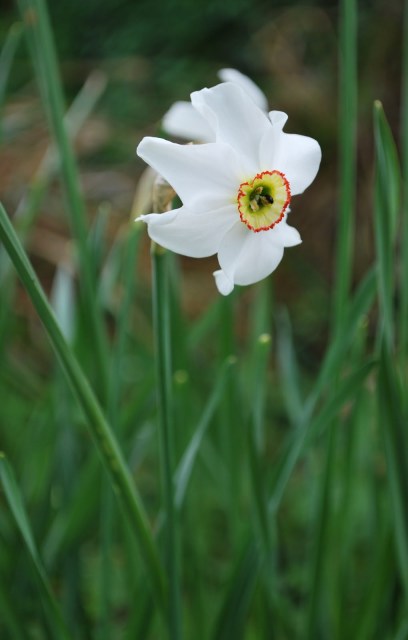 One of the few plants to survive the-years-of-neglect is a clump of Solomon’s seal.  I dug it up last year in order to increase my stock.  I’m not sure any visitor to the garden would even notice it.  But I do. 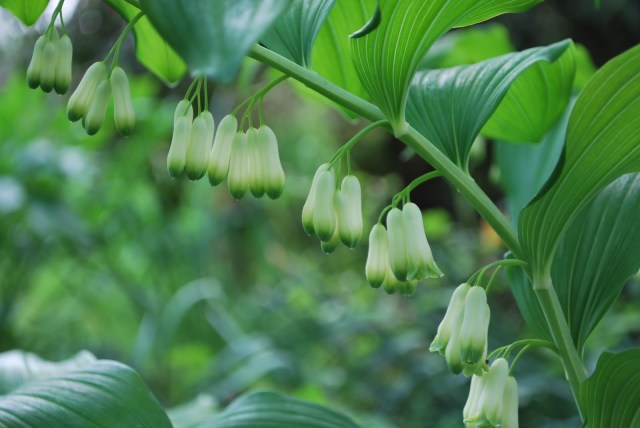 On the walls of the house are two honeysuckles.  One of them, of huge size and presence, grows in a courtyard-like space and so the scent, in such a semi-confined area, is even stronger than normal.   Knocks you flat.

Talking of a good scent, the first rose has bloomed.  In April!!  I don’t know the variety I’m afraid but this smells good and repeats.  Being against a south-facing wall has helped bring it on so early.

And the iris bed is doing what is demanded of it.  Again this is a survivor from the-years-of-neglect so variety unknown: 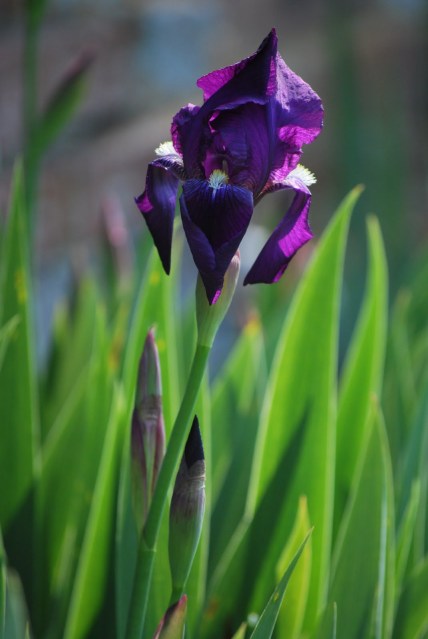 I couldn’t be without Allium christophii and have planted a hundred or so at the Priory.  That infinitely-slow-motion-explosion as it unfurls over several days.  Mesmerising. 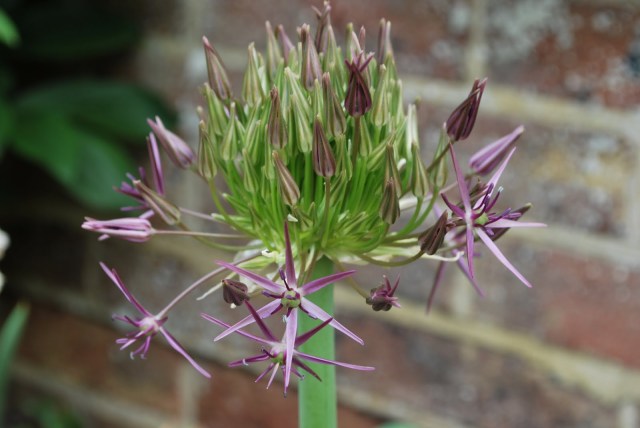 I was up in Margaret’s wood a couple of days ago, enjoying the light (but working very, very hard obviously).

I was cutting bean poles from some old coppiced hazel.  And whilst blundering around with my big fat feet and humming loudly, I almost trod on and squished this elegant little beauty.

I’ve had to scratch my head somewhat, think long and hard and attempt an identification.  It’s not an orchid I’ve come across before.  I’m going to be very brave (what with all you plant fiends out there) and say categorically and without fear of contradiction (fingers crossed) that it’s an Early Purple Orchid.  And what a little corker she is.  I like the fact that no-one else on the planet has seen this particular plant.  That it has been growing unobserved and unappreciated in this unvisited, private wood; just quietly getting on with what it has evolved to do.
Glad I didn’t squish it.