I’ve been spending so much time mowing, edging and weeding that it was satisfying to do some planting the other day and tick off a job on my ever-growing To-Do-List.  It’s been unseasonably hot and after mid-morning it’s been difficult to work in the greenhouse without melting into a little puddle.  However, having put up netting on the south-facing glass to cut out the worst of the direct sun, I was able to spend a little time working in there. 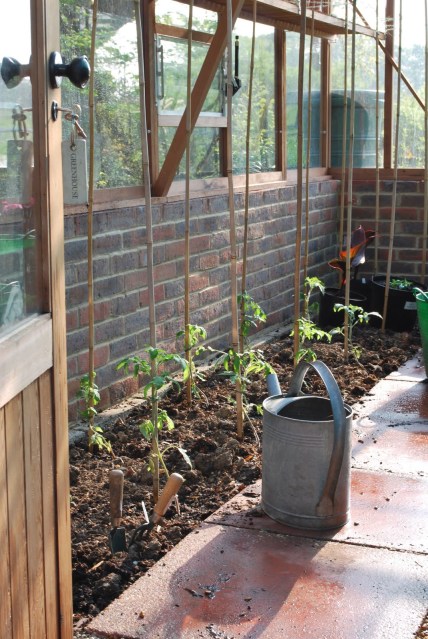 I planted twelve tomato plants.  Four each of Amish Gold, Moneymaker and Brandywine Red.  In addition I planted up five pots of Tumbling Red.  I grew all of these varieties, from seed,  last year with the exception of Moneymaker and they were a great success.  I particularly recommend Amish Gold – big yellow, very tasty fruits and Tumbling Red – a seemingly never-ending supply of sweet cherry tomatoes.  I’m a  little anxious, as I’ve had an aphid attack on the young plants which has resulted in some leaf curl and stem deformity.  I’ve been checking regularly and picking off the culprits (and spraying with a weak soap solution).  Hopefully, they’ll pull through and we’ll be in for a tomato glut.  What can be nicer in high summer than a tomato glut?  Roast them in the oven and whizz into a fantastic pasata!
I’ve got space for four cucumber plants at the far end (where the cannas and dahlia are above) and hopefully will be able to plant those out in a week or so.  In addition, I’ll grow sweet and chilli peppers and aubergines in pots.

Outside the greenhouse, the asparagus are doing well.  This is the first year I’ve been able to harvest any. 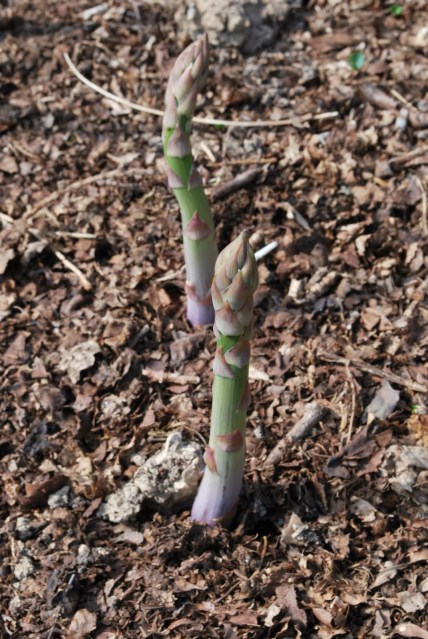 For the size of house, I don’t grow a lot of vegetables at the Priory.  There are six raised beds (badly positioned behind the long borders.  One day I should like to move them).  At the moment two are full of potatoes and one with onions and garlic.  The latter were planted out as sets last autumn and despite my worst fears, have sailed though all that snow, ice and winter wet. 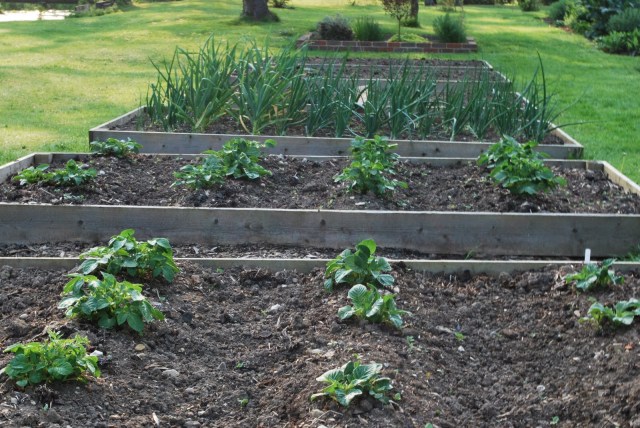 Another half bed has been sown with radishes and salad leaves and the rest  will be planted with courgettes, sweet corn, leeks and beans.

Meanwhile, the tree peonies are in full flower.  They have a criminally short season with the flowers lasting just a few days; lovely cut leaves though.  I’m afraid I don’t know variety names – though one day I will try to id them.  If anyone knows I would be very grateful. 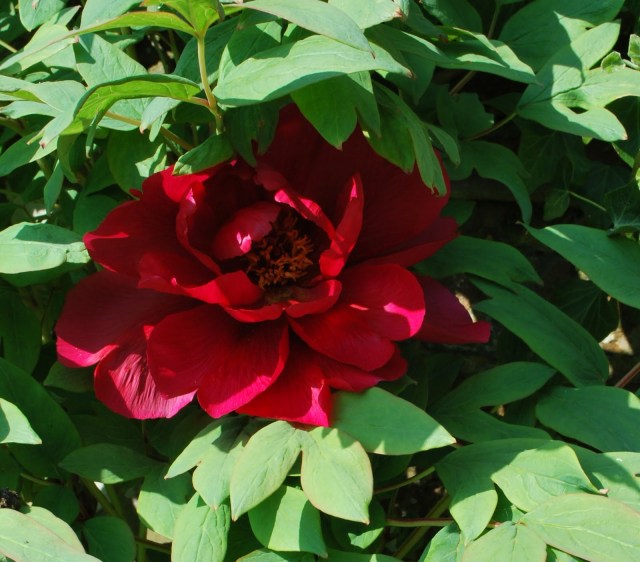 This is one is coy, rich and sensuous. 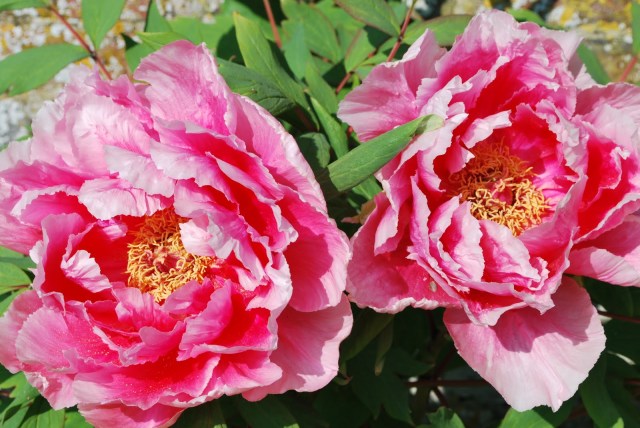 This one isn’t really my thing but is just so flamboyant and so over-the-top I can’t help but like it.

4 thoughts on “Tomatoes and Tree Peonies”