I like making compost bins.  I can’t seem to stop.  Stick me in a garden and before you can say, “Sticky Toffee Pudding,” I’ll have knocked up a range of ‘bins.   Whether you want me to or not – I just keep on building them: 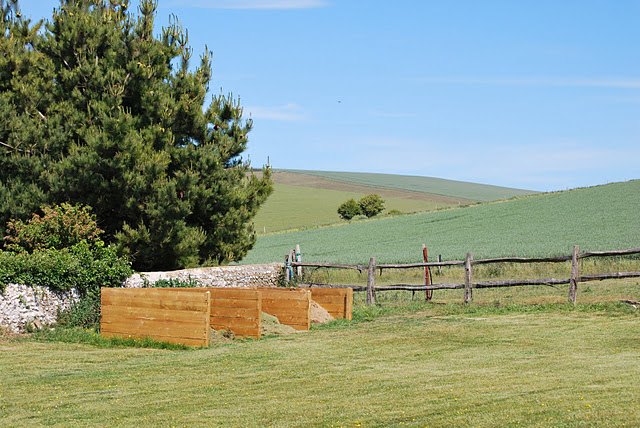 whether at the other garden I tend; 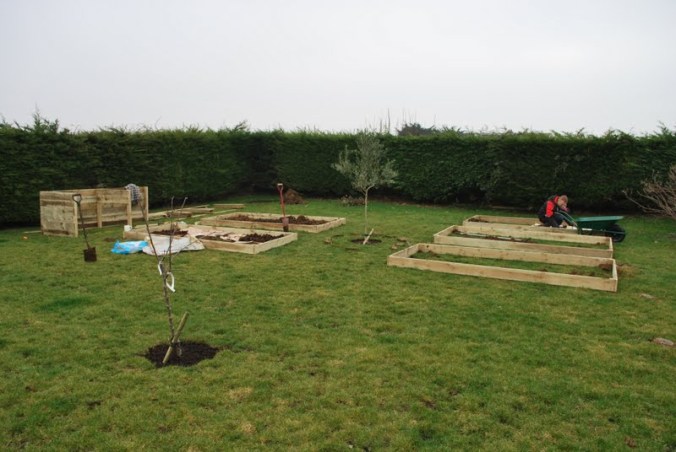 My own garden with partially built compost bins on left with raised veg beds, olive tree and Jim, Spring 2011 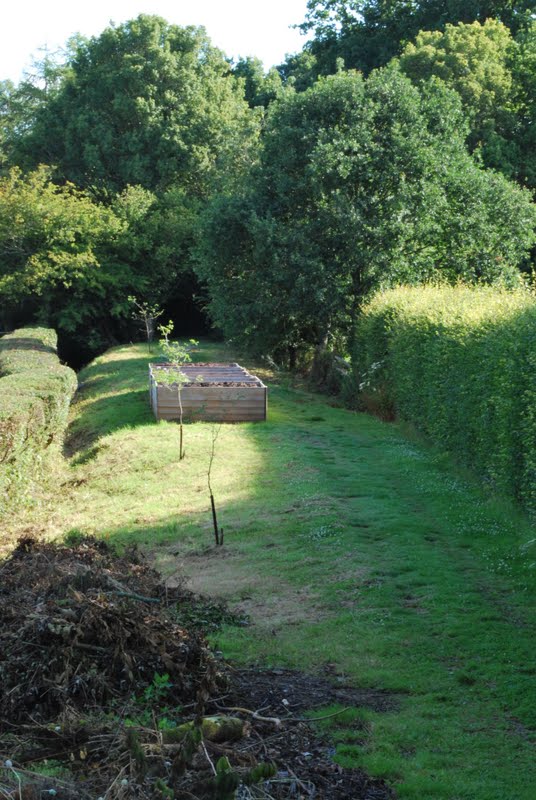 The Priory compost bins, with mixed hedging on left – freshly cut a few weeks ago with clippings waiting to be burnt in foreground

or at the Priory.  I’ve written about the compost bins at the Priory before (see “Compost, Compost and Yet More Compost“).  They sit out on the footpath over on the western boundary. 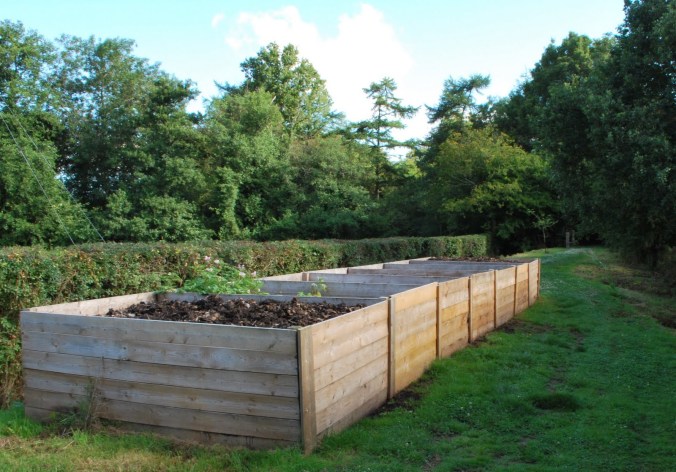 The bins are big: five foot wide, eight foot long and three-foot high and with seven of them you’d think my composting facilities could take all that I could chuck at them.  But, of the seven bins only three were, until recently, available for this season’s grass clippings and garden waste.  Two were filled with last year’s compost and two with last year’s leaf mould.  The gardens produce so much  in the way of lawn cuttings  that I was worried I’d exceed Priory Composting Capacity. 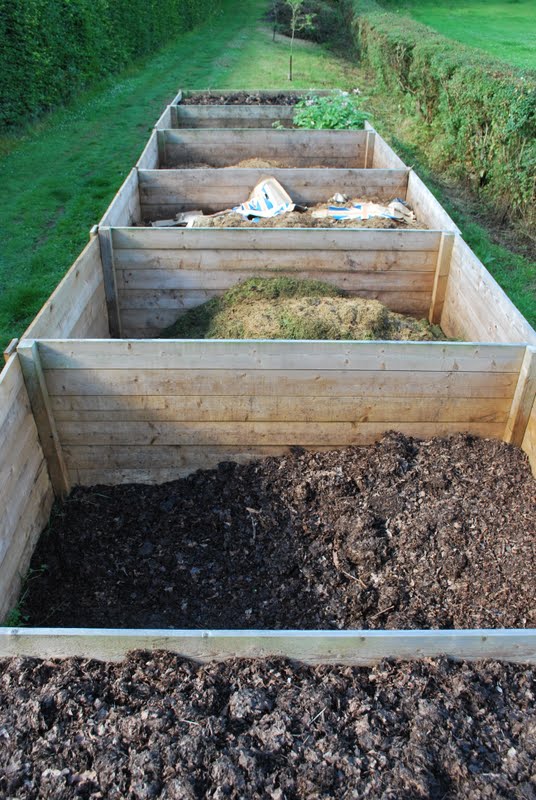 My lovely, lovely leaf mould is in the bottom two bins.

Recently though, and since the above photo was taken, I’ve managed to amalgamate all of the leaf mould into one bin and, by now having four available bins, averted Complete Composting Chaos.  Shudder. 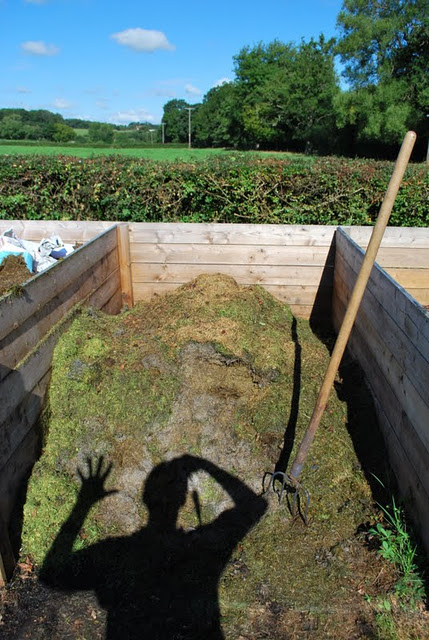 I turn the contents regularly to add much-needed air into the mix and help speed the composting process.  Ideally though, there should be a lot more other plant material mixed in with the clippings.  Left to their own devices and unturned, heaps of clippings mixed with a similar amount of ‘brown’ waste (i.e. leaves, cardboard, paper, etc), should heat up to an extraordinary degree and produce wonderful compost in about three months.  Grass clippings on their own also heat up amazingly but need to be turned regularly if they’re not to become a slimy, foul-smelling mess.  In the above photo the grass clippings are fairly young and yeah, boy do they stink.  Really.  I suppose this is understandable considering that they are being digested, consumed by heat, microbes, fungi and bacteria with, hopefully, sweet-smelling compost as the main waste product. 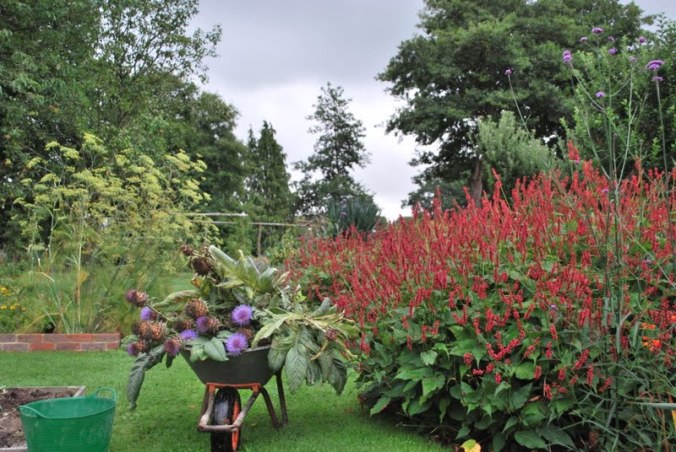 This collapsed cardoon is actually off to the bonfire – its stems are too woody for the compost bins.

I add huge amounts of waste to the bins.  Trailers and trailers of stuff.  Wheelbarrows and wheelbarrows of stuff.  And yet it all continuously breaks down and reduces in bulk.  ALL of last year’s garden waste now sits in one and a half bins.  Remarkable. 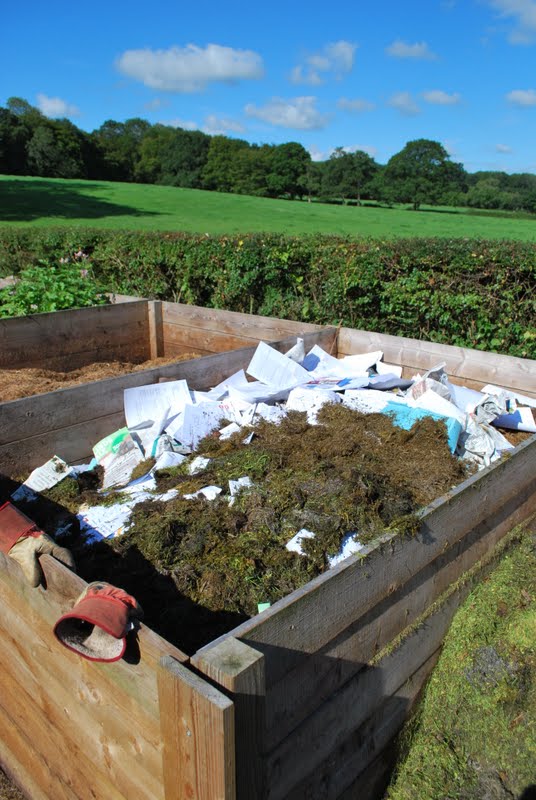 In a bid to help the breakdown of all those grass cuttings, I add as much brown waste as I can.  The bins devour all the old paperwork from the theanxiousgardener.com offices, as well as increasing amounts of cardboard, newspaper and kitchen waste from the Priory; and recently the chopped up beech hedge clippings too.  The sheer bulk of the latter was perfect for mixing in with the smelly grass.  Obviously all the general garden waste (dead plants, prunings, etc) is also added to the heaps, as well as some wood ash from the house fires. 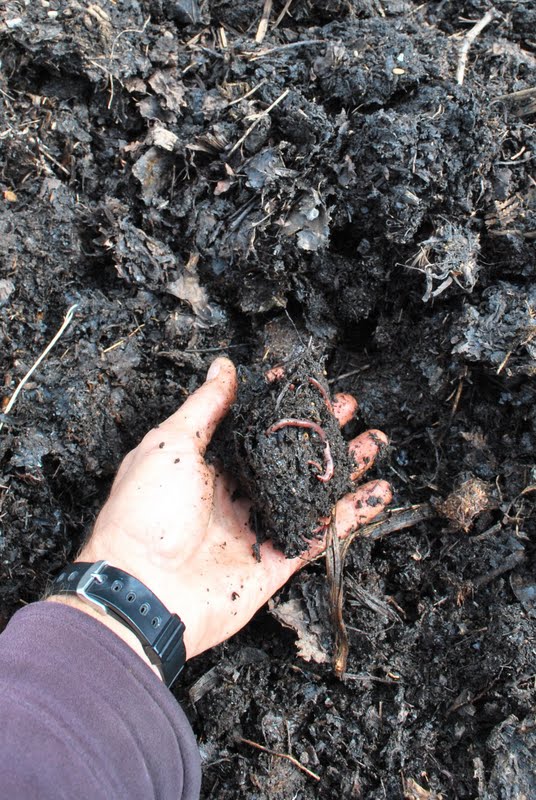 I was seriously worried with the overwhelming amount of cut grass I was adding to the bins last year.  But I continued to turn them from one bin to another (great upper body workout) and to add more and more newspaper and cardboard and leaves.  And, miracles of miracles, it seems to have worked.  Look – chock-a-block full of worms and what was nasty, foul-smelling gunk is now becoming lovely, pretty much odourless, compost.  So much so that I’m happy to stick my hand in it.  Wouldn’t have done that a few months back! 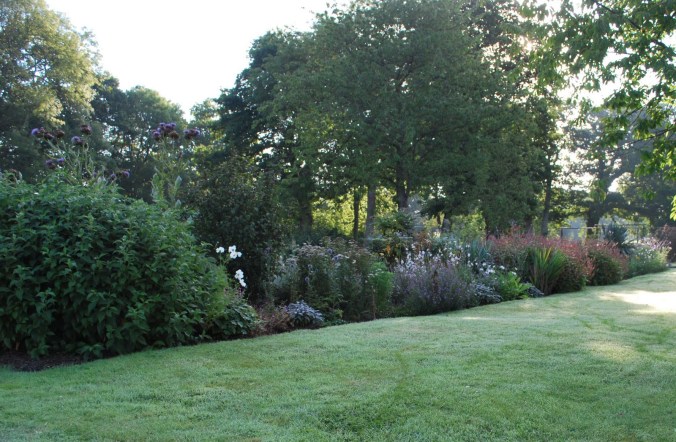 I’ll use all of this compost during the coming autumn and winter months as a mulch and improver for the beds and borders; and reduce the considerable amount of mushroom compost that I usually buy.
And all the money I’ve saved can be spent on tequila.

17 thoughts on “Composting the Priory”