You may remember that last April, my brother and I spent some time in Poland before jumping on a train at Gdańsk and trundling westward to my favourite city – Berlin.  (See ‘A Postcard From Poland’).

I know Berlin fairly well and visit regularly but I hadn’t been to the Berliner Zoologische Garten for several years.  It is the largest zoo in the world in terms of animal numbers and attracts more visitors than any other in Europe.

Here is a little of what we saw:

The giant anteater has a grand scientific name (which I can’t pronounce) – Myrmecophaga tridactyla.   It uses a two-foot long tongue to eat up to 30 000 ants or termites a day.  But don’t pick a fight with one – it will rear up on its hind legs and lash out with four-inch long claws.  It can kill a jaguar. 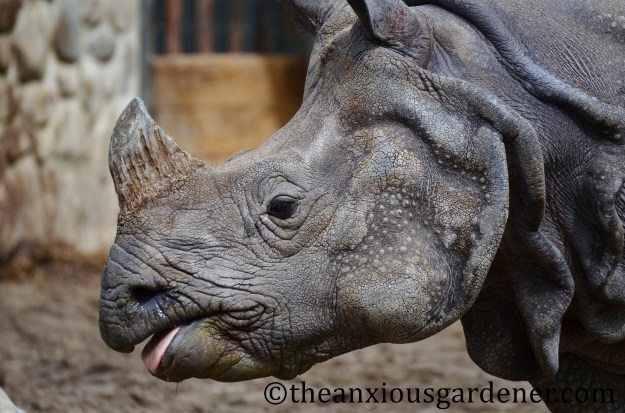 They may look slow and ponderous but Indian rhinos (Rhinoceros unicornis) can reach speeds of more than 30 miles an hour.  (In comparison, Usain Bolt averages about 23 mph over 100 metres).

They are easily distinguishable from African rhino species by folds of ‘body armour,’ a single horn

and a love of water. 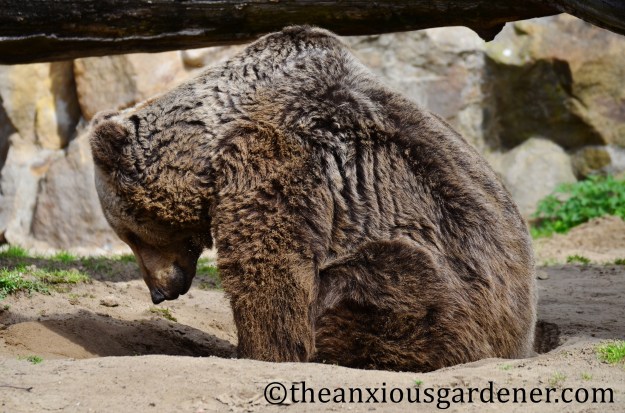 This is a brown bear (Ursus arctos).  It and the American black bear are the only bear species which are not threatened. 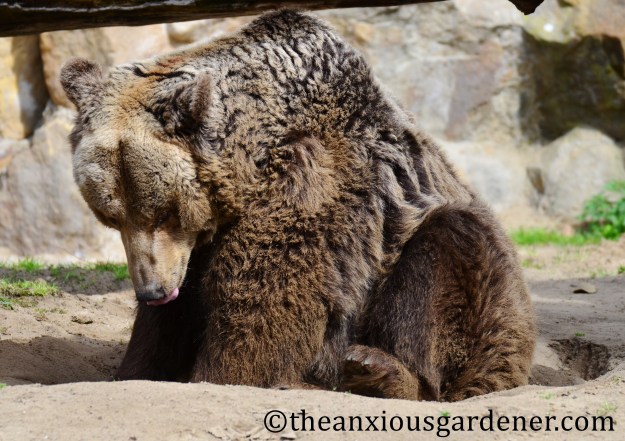 Some more time and effort might have been spent on picking a scientific name.  “Ursus” is latin for “bear”, and “arctos” is Greek for, yep, “bear.” 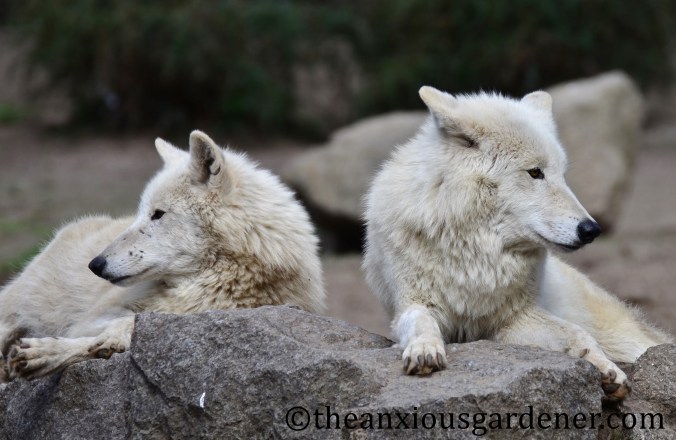 These are grey wolves (Canis lupus) even though, confusingly, they are white.  In his book ‘Of Wolves and Men,’ Barry Lopez tells this story:

“Before a wolf was brought into their classroom, a group of grade-school children were asked to draw pictures of wolves.  The wolves in the pictures all had enormous fangs.  The wolf was brought in, and the person with him began speaking about wolves.  The children were awed by the animal.  When the wolf left, the teacher asked the children to do another drawing.  The new drawings had no large fangs.  They all had enormous feet.”

This pinniped (!) is a Californian sea-lion (Zalophus californianus).  They are very similar to the now extinct Japanese sea-lion (Zalophus japonicus).  The last recorded sighting of the latter was a young juvenile caught in 1974.  They were hunted for oil, their skins and their internal organs – which were used in traditional medicine.  Persecution by fisherman also played a part in their extinction.

Californian sea lions are now protected in the US, Canada and Mexico. 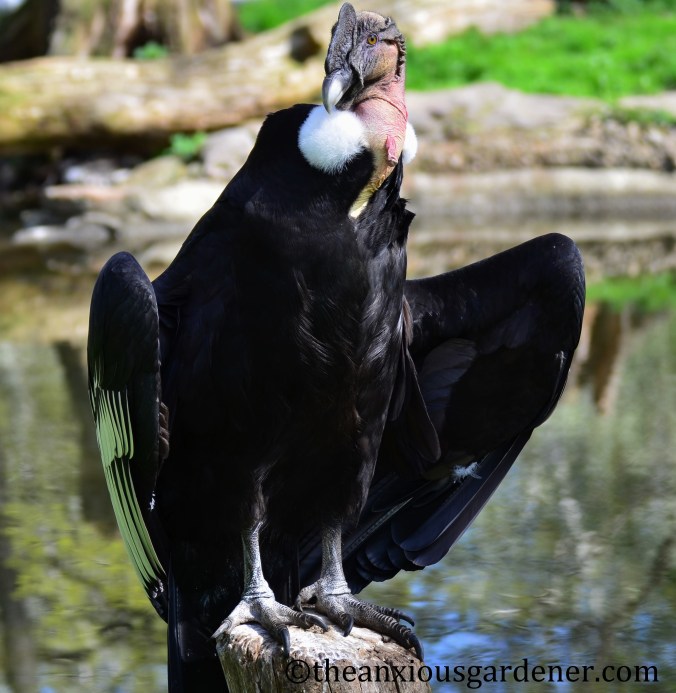 The 10½ feet wings of the Andean condor (Vultur gryphus) have the largest surface area of any bird.

Condors are vultures and stick their heads deep into rotting carcasses to feed.  A bald head makes infection less likely.

Aptenodytes patagonicus or king penguins can dive to a depth of 900 feet and hold their breath for five minutes.

But they find standing around very tiring.

Grevy’s zebras (Equus grevyi) are fast – they can gallop at 40mph.  New born foals can stand after six minutes and run after forty. 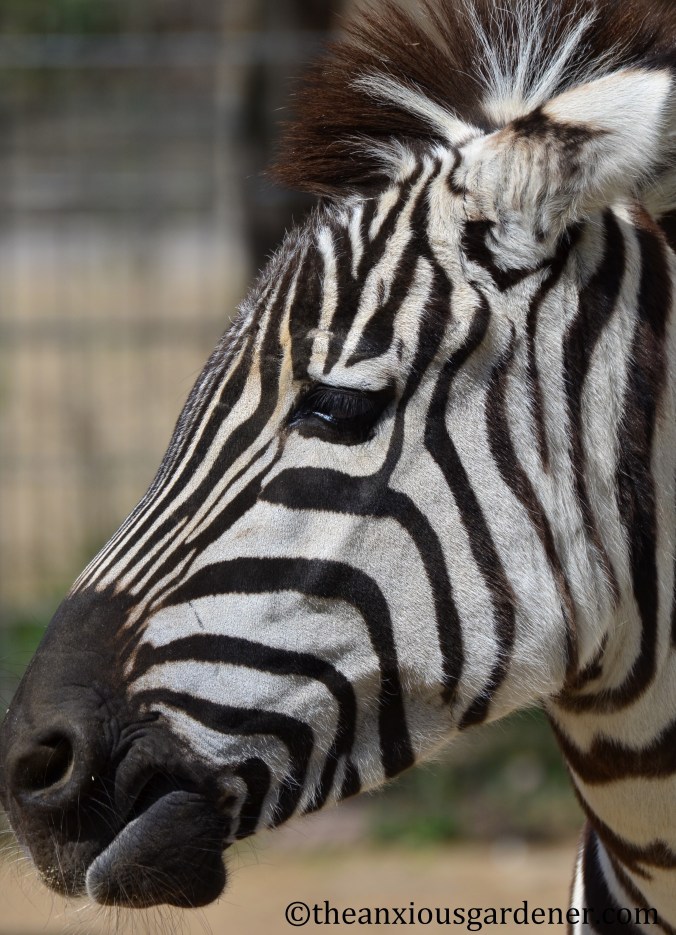 According to the African Wildlife Foundation website: “Within the herd, dominance is relatively nonexistent, except for the right a territorial male has to a breeding female. If no females are around, the resident male will associate with bachelor males in a friendly manner.”

I’m sure he will.

The Indochinese tiger (Panthera tigris corbetti) is extremely rare with only about 300 left in the wild.  There are roughly a hundred in Thailand.  Vietnam and Cambodia might have 30 each.

Apparently, the last known Indochinese tiger in China was killed and eaten by a poacher in 2007.

To which I have no response.

The red bellied titi (Callicebus moloch) is a name I wouldn’t wish upon anyone.  Wikipedia provides this information:

The skull is orthagnathus, orbits are unfenestrated, balle are inflated ventrally, a large sinus found above the nasal. The foraman magnum is located towards the front, the atlas has a shallow anterior articular facets which allow the condyles to attach. Anterior margin of the lachrynal fossa is formed by or near the maxilla. The premaxilla is short, giving the appearance of a small, not especially prognathic face relative to other platyrrhines. The corpus of the mandible deepens posteriorly and the ramus is tall. The hyoid bone is expanded and highly convex ventrally.

I have no idea what this paragraph means. 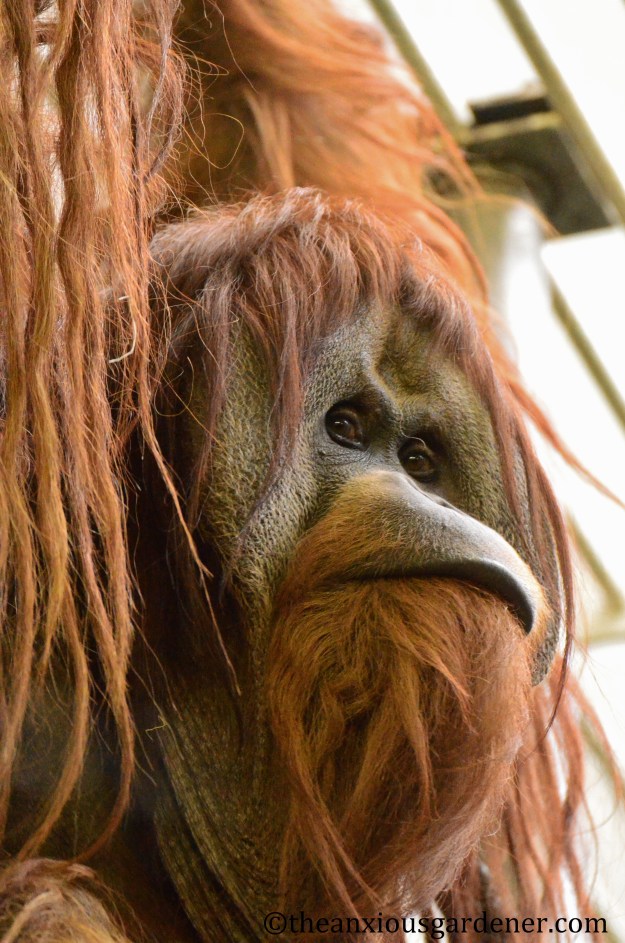 Orangutans were once found throughout SE Asia but are now confined to small populations in Borneo and Sumatra.  In the wild they spend almost all their time in the forest canopy and move by slowly swinging through the branches.  This method of movement is known as brachiation –  which is a word you will wish to use offhandedly when talking to your friends or neighbours.

The leopard is extinct in the following countries: Hong Kong, Singapore, Kuwait, Syria, Libya and Tunisia. 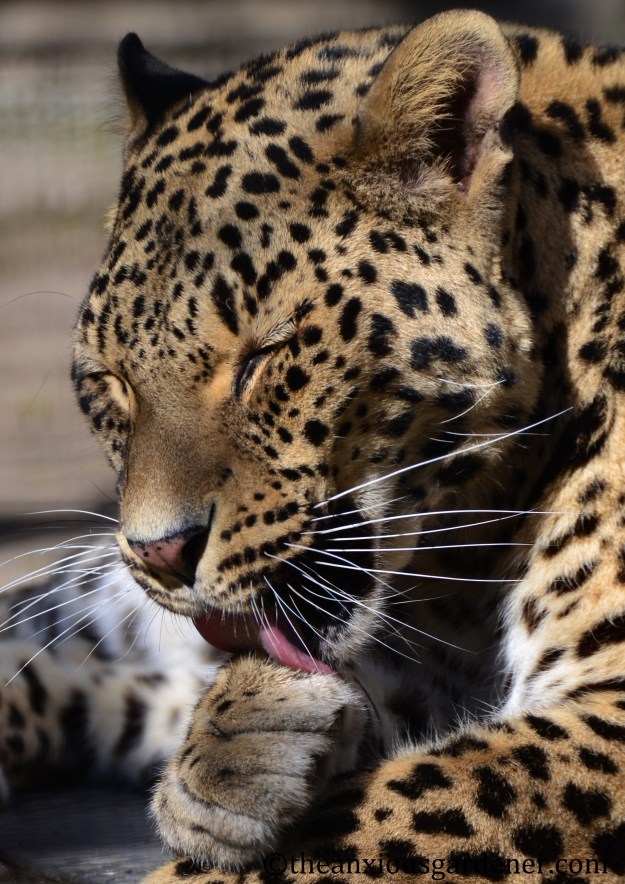 This is the Persian leopard (Panthera pardus saxicolor) and it still lives wild in Iran, eastern Turkey and western Afghanistan.

It is the largest of the nine sub-species and as you might expect it is endangered – with an estimated population of under 1300.  (Between 2007 and 2011, traffic accidents caused 18% of leopard deaths in Iran; 70% were by illegal hunting or poisoning).

This is Anchali, a young female Asian elephant (Elephas maximus).

She was about eight months old when I took these photos.  Her mother is Pang Pha.

Historically Asian elephants ranged from Iraq to China’s Yellow River.  Now they live only in India and a handful of SE Asia countries alongside some of the densest human populations on Earth.  Little wonder then that with elephants and man competing for scant resources and territory both suffer:  the Asian elephant is endangered and its population heavily fragmented; in India about 300 people a year are killed by elephants.

The World Wildlife Fund runs an Adopt an Animal scheme featuring many of the animals featured in this post including leopards, elephants, rhinos and orangutans.  If you would like to help conserve a particular species and their habitat you can do so from as little as £3.00 a month.  This is the link (which works outside the UK too, I think): 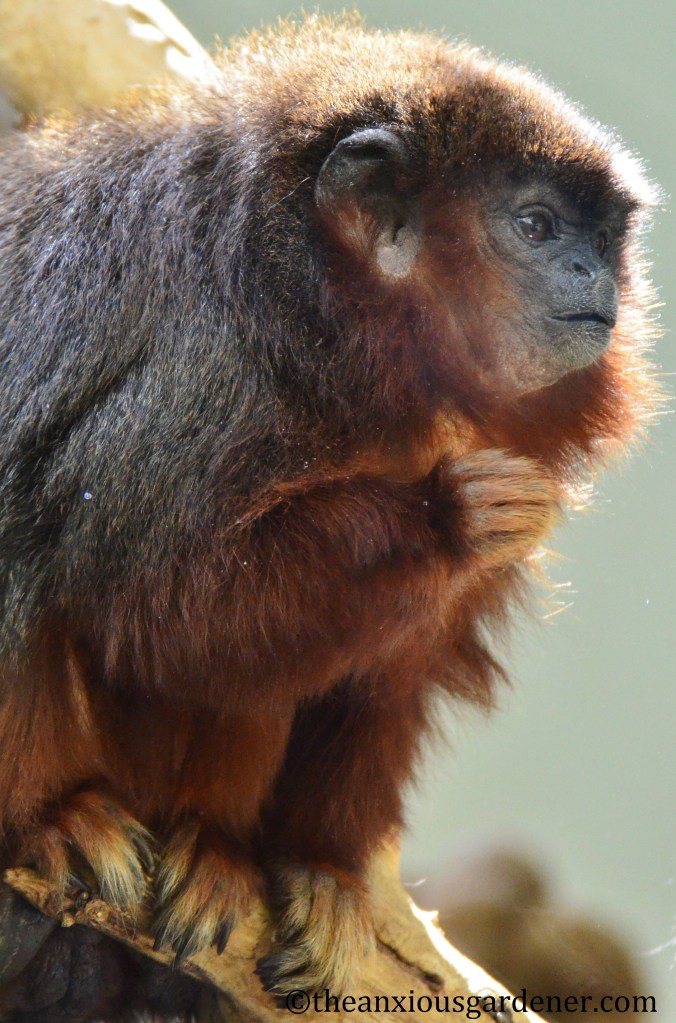 But sadly, there is no option to adopt a red bellied titi.