After a hot, dry September the garden is tired.

The meadow is spent; spring and summer wild flowers are over and have set seed.  It will be mowed next week.

But there is still some colour at the Priory – although any remaining flowers in the kidney beds have had scant help from me recently.  These beds are messy and unloved.  Having decided that they need a revamp, and squeezed for time, I’ve neglected them to concentrate on other parts of the garden.  They are the furthest borders from the house and rarely visited – even by me.

The long borders look better.  I’ve kicked myself hard for not Chelsea-chopping the sedums.  I always, always chop them in May.  Except this year.  I can hardly blame them for flopping all over the place.

I know Rudbeckia ‘Goldsturm’ is ubiquitous but then that’s because it is bright, cheery and so floriferous.  (Remind me to look up ubiquitous.  And floriferous). 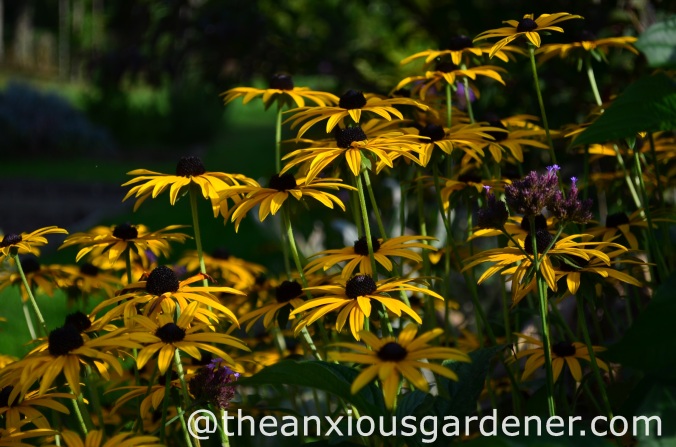 After several years of splitting and re-planting, I have several large patches and they will certainly figure in the new planting scheme.

Also in the long borders is Salvia patens.  I drone on about this favourite every year and I’m sure you will have bought one by now – if only to shut me up.  Like my other blue salvia – Salvia uliginosa – it isn’t reliably hardy for me.  I lift, pot up and store in the cold frame. 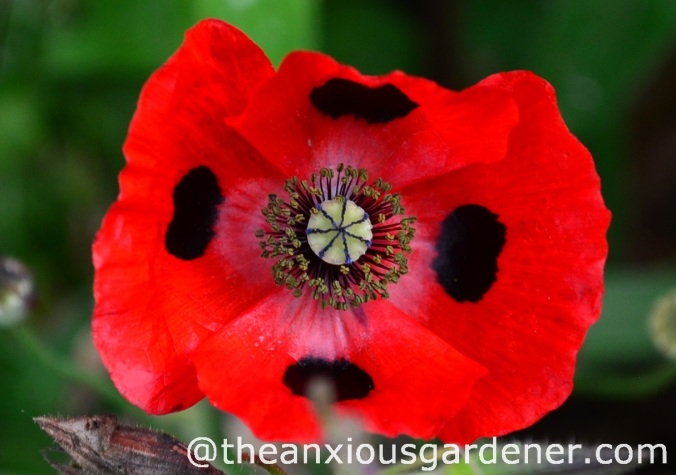 This is a first for me – Poppy ‘Ladybird’.  I sowed seeds to fill some gaps and will do so again.

I sprinkled a packet or two of Nigella seeds in gaps throughout the long borders too. I’ve taken to carrying a couple of seed packets concealed about my person in mid summer. 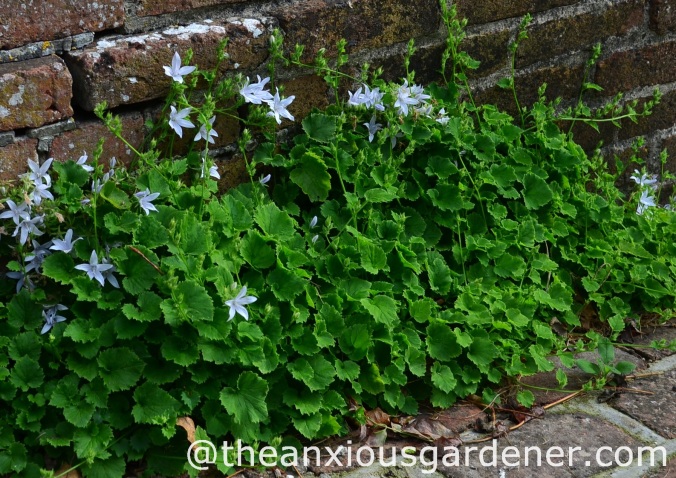 Cutting back plants hard when they’ve finished flowering is a well-known trick because it works.  A white campanula has returned with new leaves and a second flush of white delicate flowers.

I hacked Silene fimbriata back in the early summer and it too has come back.  It’s second flowering is sparser but, as we edge into October, I’ll take what I can get. 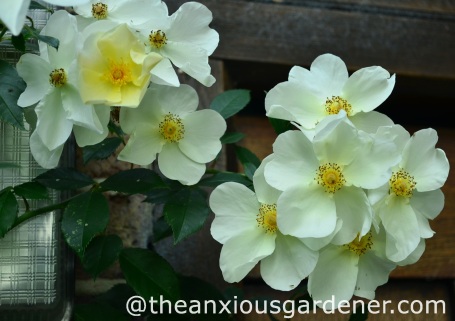 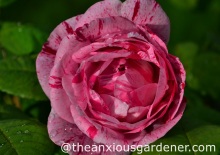 I still have a few roses flowering, distractedly, here and there.  (You can click to enlarge the above images if you like and if anyone can identify top right, I’d be grateful).

Japanese anemones are reliable, late summer flowers but they don’t stand tall and aren’t satisfied with the space alloted them.  (I like their languid behaviour really and carefully twist sideways when passing).

An annual climber I have every year is the Black-Eyed Susan Vine (Thunbergia alata).

I’ve always grown it as an annual but I’m going to try overwintering this one.  A bigger plant next spring might cover more of the pergola.  Nothing ventured.

Another climber I’ve used for a couple of years is Abutilon megapotamicum.  It isn’t hardy either – I’ll dig it up and store under glass soon.  Like the thunbergia it flowers constantly throughout the summer.  Ideally grow in full sun but this one has been hood-winked and makes do in shade.

I use Mexican fleabane (Erigeron karvinskianus) increasingly at the Priory.  It flowers non-stop from early summer and self seeds generously to give plenty of new plants.  It wants a free-draining site and full sun but, hood-winked again, these steps are in partial shade. 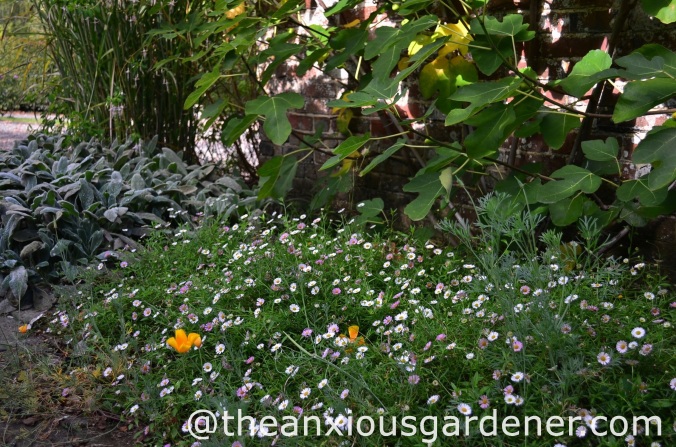 I also use it to cover some barren soil beneath a fig tree (full sun in the afternoon).

And on a ruined wall and brickwork where it sits quite happily in full shade for most of the day.  So don’t worry too much about baking it in full sun. 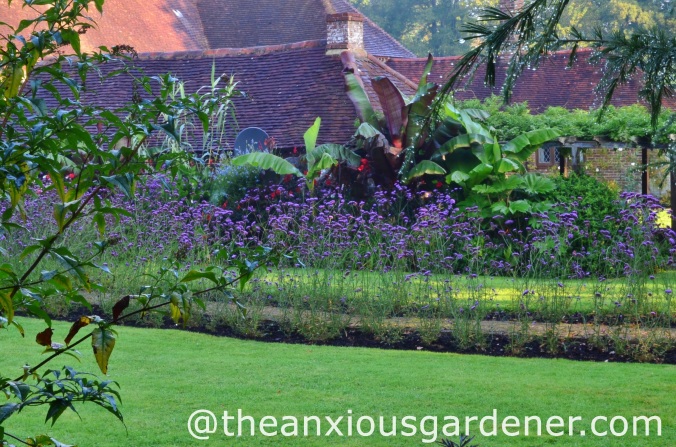 I’ve dead-headed, weeded, cut back, tied-in, watered and mowed for months now.  It’s been a good summer – but a long one.  I’m not looking forward to the clearing of the beds, puddled lawns, foggy breath and the onset of winter. (Though a crumpet will be welcome).   But do you know what?  I might allow myself a slight grunt of relief when the tropical border is bowed and browned by frost, the grass stops growing and tender plants throughout the garden messily, noiselessly collapse.  And when they do, I plan on doing the same.

The garden is tired and so is the gardener.