At this time of year, I have to remove all the suckering growth from the alders and the willows that ring the ponds and line the ditches.  The suckers grow from the base of each of the alders …

… in the Priory gardens but they also grow from the stumps of felled trees.  These stumps are too close to the banks of the ponds to be removed by a stump grinder and even if I used a chemical stump killer (which I wouldn’t) it would be dodgy to use it so close to the water’s edge (there are fish in the ponds).  So the stumps remain and I cut off all their re-growth once or twice a year.  Some have, with this repeated removal, given up the ghost and I suspect the rest will too, in time.  Might be a long time but then I’m a very patient, anxious gardener.

Last year, I decided to leave some sucker growth uncut to see how it would develop.  And some of it I pruned; taking out weak spindly growth and pollarding the bigger, stronger stems.  One of my first posts was about this (see ‘Suckerin’ Succotash’). 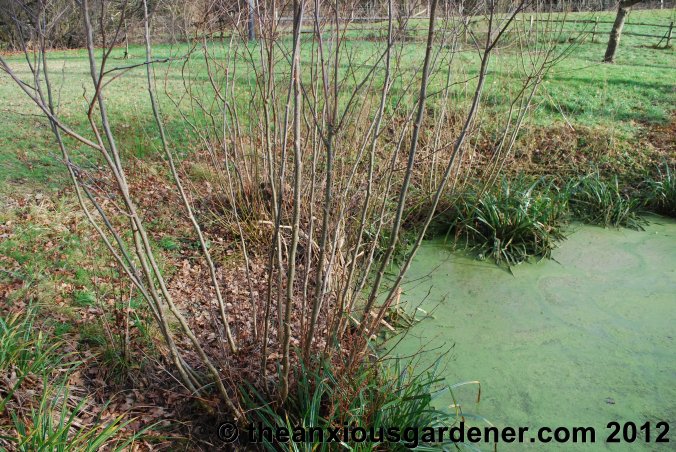 This alder was one such that I pollarded last year (took off all the top and side growth leaving the central stems).  And the stems that I left have all matured a little and are a tad thicker than in March 2011. 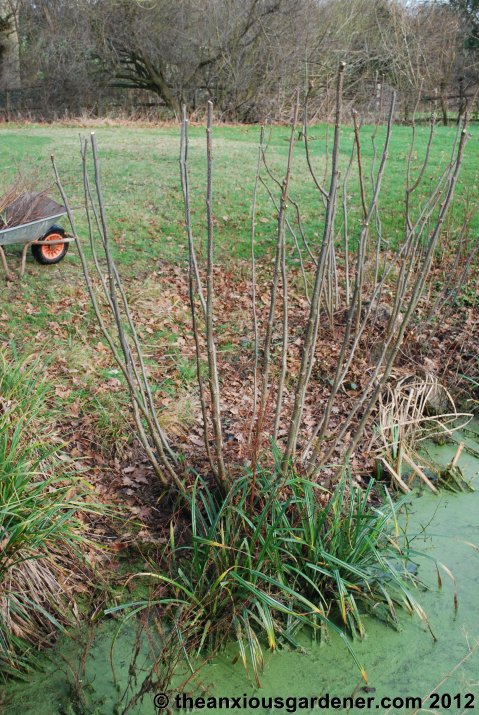 I decided to do the same this year; a quick going over with the secateurs and just a framework of stems is left.

I rather like these ‘cages’ and so have repeated the process with several other alder and willow stumps on this, the far north-east corner of the east pond.

This is another one that I pollarded last year. 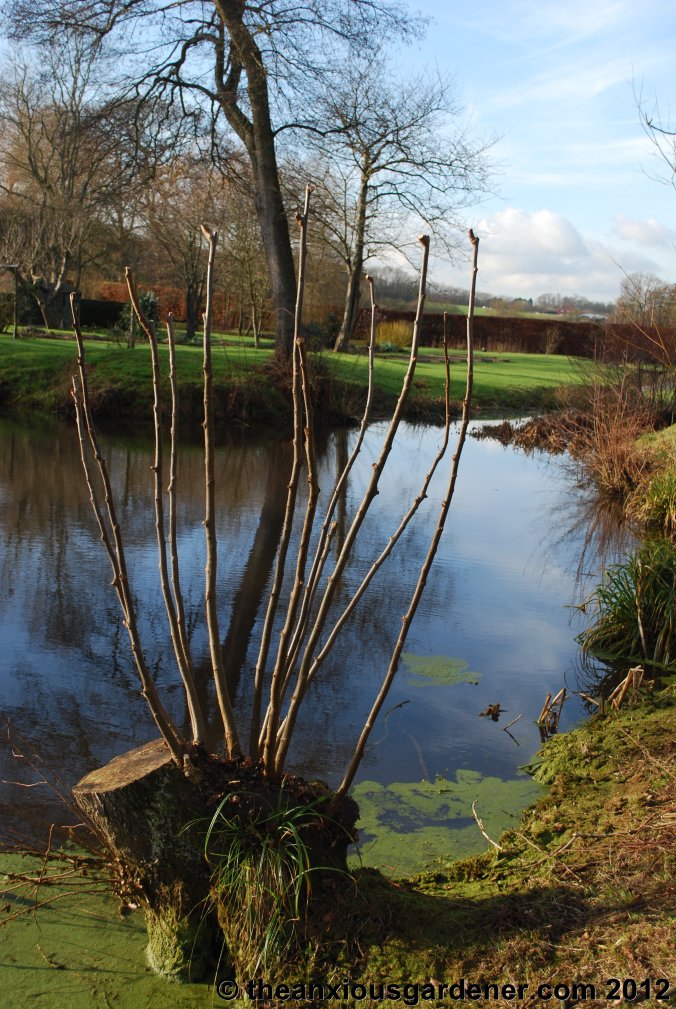 A few minutes work and the stems are cleaned back to the central leaders.  If they end up looking a little too odd, a little too weird I can easily remove them.

This willow has probably been the most succesful.  You can see clearly where I cut it back to last year and where the new growth has sprouted from.

A few minutes work (of faster-than-the-eye-can-follow and all-a-blur secateur work) and it’s reduced to a clutch of pollarded stems. 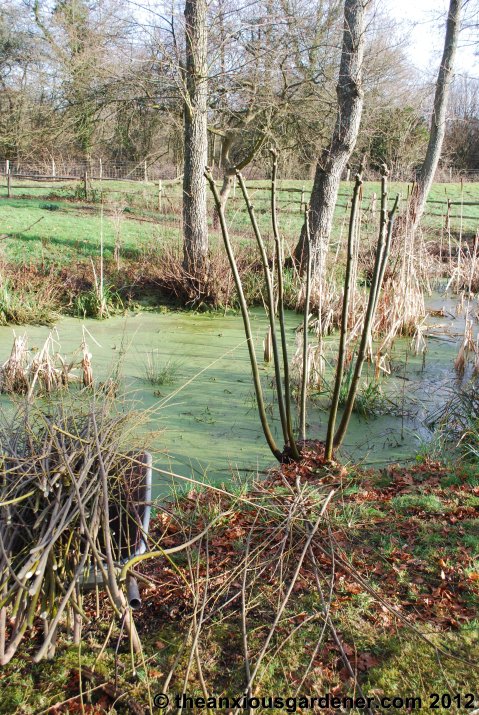 I will continue to pollard these stems each year and they will, in time, begin to swell and gnarl.  I do like the ‘cages’ these pollarded trees produce.  But what to use them for?  What to put in them?  In last years post, I thought that they might be used to imprison passing villagers.  Not to harm them, you understand  – just to give me someone to chat to.  It also occurred to me that they might be perfect for the fattening of children – for the pot.  Problem is:

a) I doubt this is legal

b) It is certainly immoral

c) There isn’t the demand anymore

e) I don’t live in ‘Hansel and Gretel’ land.

And then it hit me.  The Priory Ghost!  (See ‘A Christmas Eve Ghost Story‘).  That’ll teach ‘im.  Running about the gardens and scaring people.  Ha!  Get out of that, pal!