The tulips started off valiantly enough; poor, naive, unsuspecting innocents.  They couldn’t have imagined their cruel, bitter fate.  (How could they?  They’re tulips).

In a rare sunny moment, I took a photo or two but not many; after all there were bound to be more … 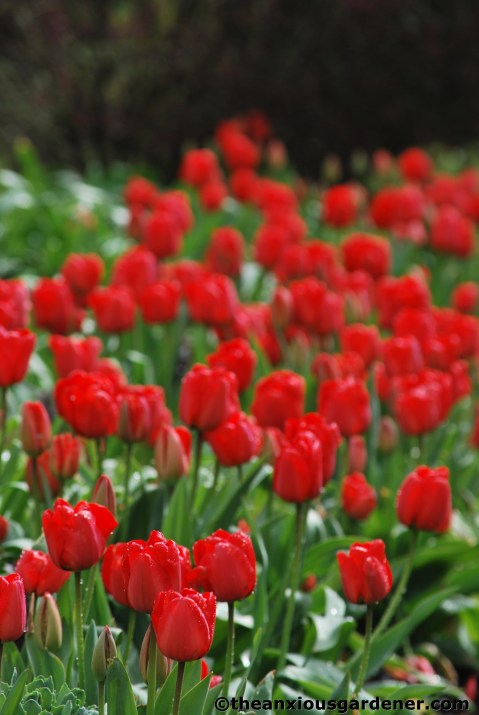 … balmy, sunny days on which to capture them on chip.

I looked forward to the show of Apeldoorn and Queen of Night that we enjoyed last year:

Perfectly in harmony with the cherry blossom and with nicely mown lawns, these photos were taken on 18th April 2011.

… and now most of what is left is simply mush with little chance of storing strength for 2013.

The happiest, healthiest tulip is one of just two that were in the gardens in July 2008.  Strimmed to the brink by the previous grass-cutting crew, it startled me when it suddenly flowered in 2010.  I wonder whether there were originally dozens of them planted in amongst the daffodils but that the majority weren’t as tenacious as this fellow.  It hadn’t occurred to me to plant tulips into turf but I may just try it.

Conditions have been difficult this year, so very difficult.  I know I’ve wittered on and on about the amount of rain we’ve had (sorry) but I’ve never known the Priory to be so tediously WET in spring.  Wet, wet, wet.  All my plans, all general maintenance – heck, even general gardening have ground to a halt.

The new borders alongside the path are still empty.  I plan to have a temporary planting of Nepeta ‘Six Hills Giant’ here – though at the moment papyrus or mangrove might be better suited. 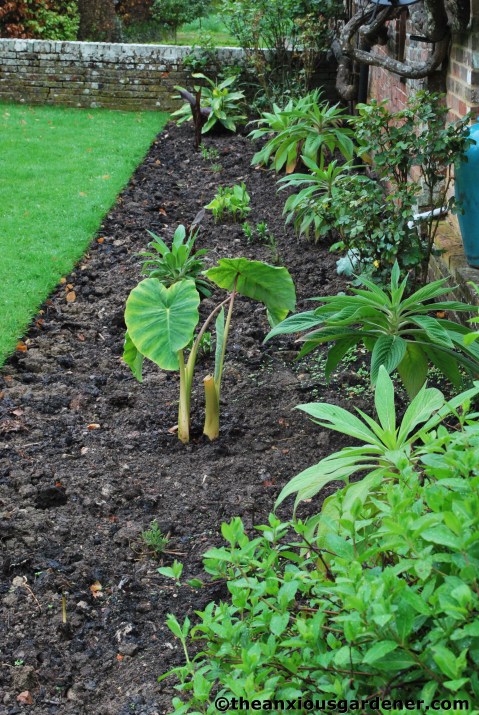 I did begin planting up the new tropical border; though that seems a cruel, daft name for a collection of tender plants moping and shivering and sulking in cold, wet clay.  Tropical, schmopical. 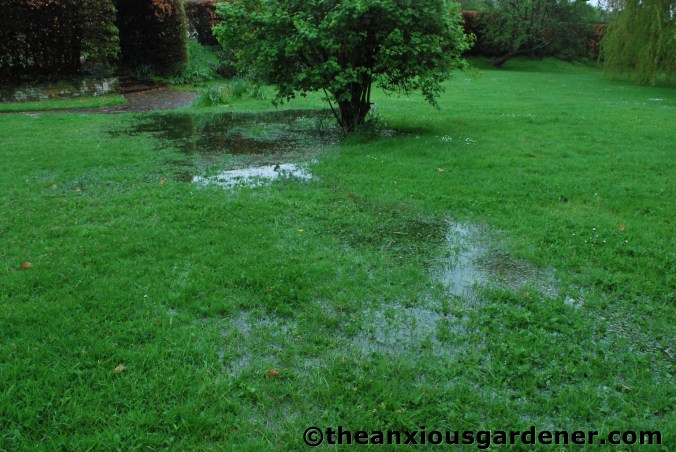 Viburnum roseum sits in the paddy field that is the west lawn – mowing is obviously out of the question and has been for several weeks.

And I do worry about my young beech-hedging plants.  Beech shouldn’t be paddling in water; it should be stately and majestic high on the South Down, the roots airy and dry on chalk.  By rights it shouldn’t grow in heavy sodden clay at all, but stubbornly, with clenched beech-teeth, it clings on with admirable determination. 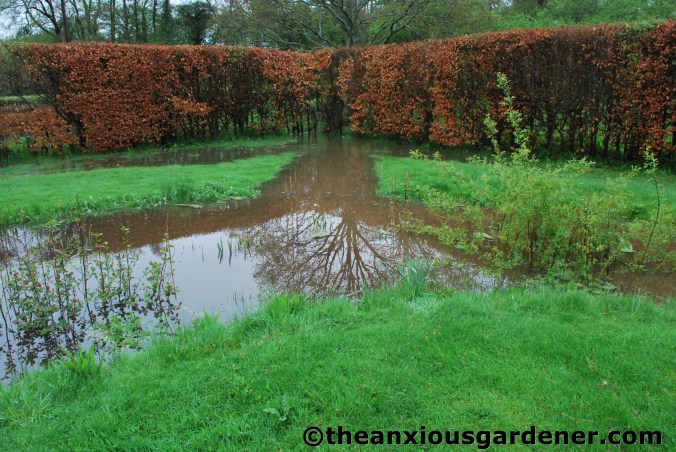 Here, where the overflow from the ponds runs out to the river, the beech is often submerged for days on end.  And it might just get worse. 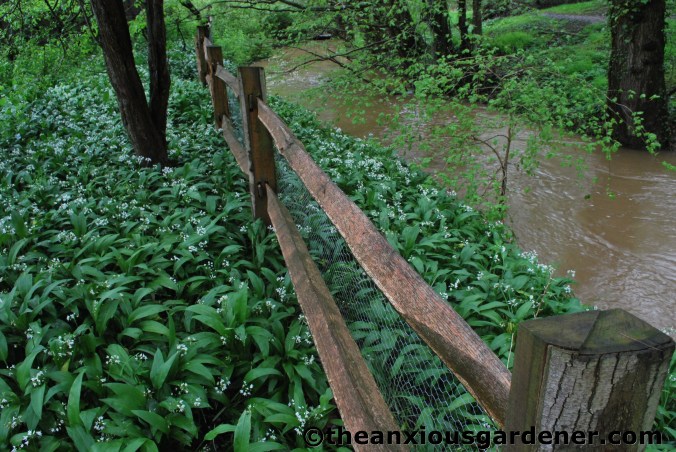 The river is worryingly high …

… and if it continues to rise, the bridge will perform its secondary (unwanted) dam function.