But I could do without the acute guilt trip they laid on me last year – even if it was well deserved. 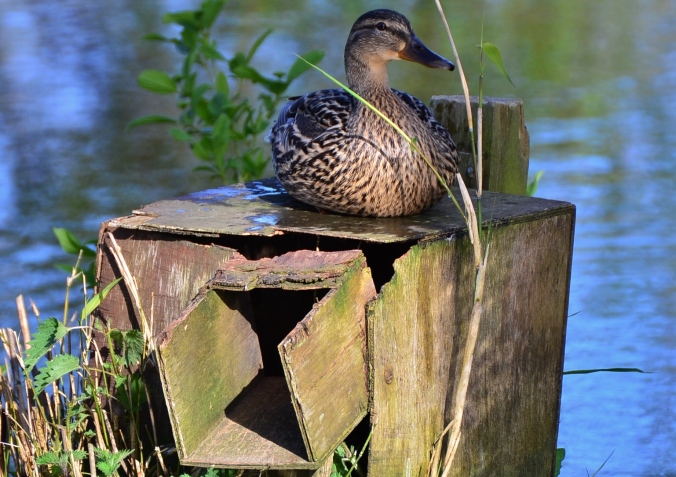 For the past couple of years, one of my (many) must-do jobs has been to replace the ancient, dilapidated duck nesting box on the east pond.

It sat on a tiny island beside a newly planted corkscrew willow and regularly flooded.  Now you see it …

… and now?  During recent high water only the willow was visible.  Little wonder that the nest box was crumbling away.

But my tardiness in building a new box didn’t deter the mallards and last spring a pair built a nest in this ramshackle excuse for a home and raised a family.

Sadly the ducklings disappeared within a few days: prey, I suppose, to one of the many duckling-eaters that also call the Priory home.  Undeterred, the female laid a second clutch of eggs.  I admired her “fiddle-dee-dee, tomorrow is another day” outlook … which only made what happened next worse.

Disaster.  Her precious eggs tumbled through the rotten box floor. 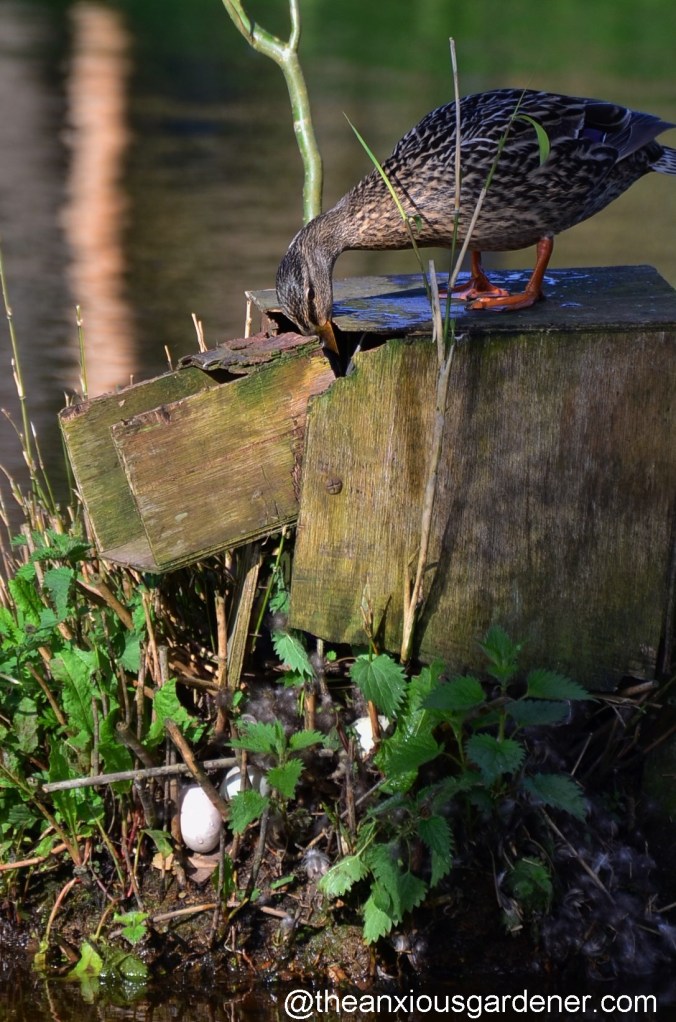 See what I mean about a guilt trip?  I hung my head in shame.  If only I’d replaced the bleeding box when I bleeding should have. 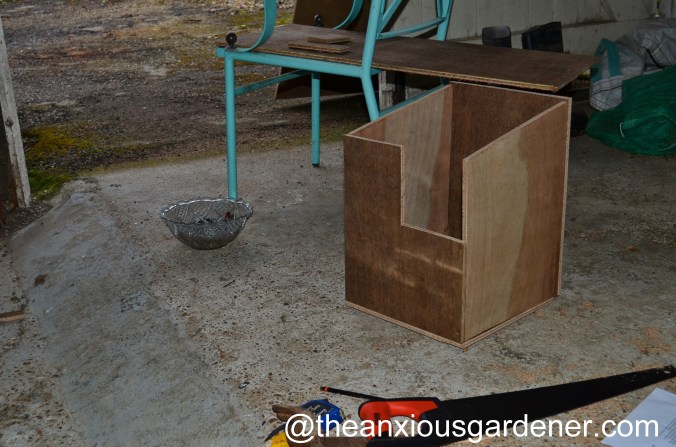 Like you, I keep my spare screws and nails in a cut glass bowl

There would be no excuses this year.  On a horrible-weather day in February, I scowled at the sky and retreated to my hi-tech workshop.  Using a sheet of marine ply, I made a box.

It was pretty easy and so, whilst I was at it, I made another: one for the east pond, one for the west.  The floor and sides are nailed together, the roof is screwed on (to make cleaning easier).  I also made a couple of entrance ramps and to avoid any unwanted (if amusing) duck-sliding, I added short, lengths of wood at regular intervals.  When the rain stopped, I launched the Priory boat (The Despondent) and set out for the large island on the west pond.

I sledge-hammered a post into the ground (at a rather rakish angle) and bolted the box into position. 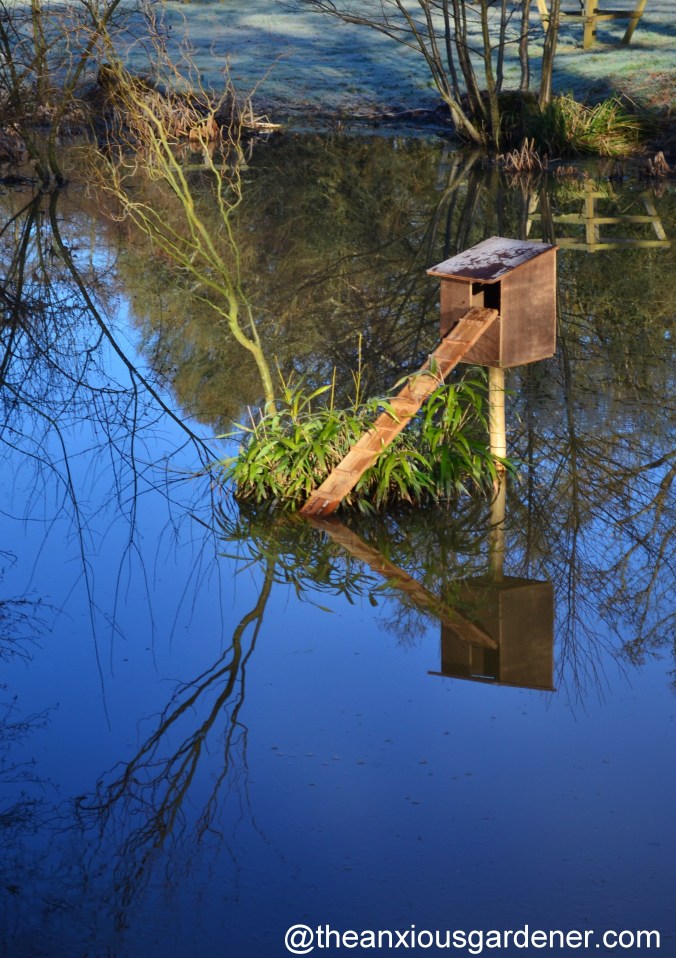 Then I dragged The Despondent across 70 yards of garden (she’s very heavy, so that was tiring), relaunched her, loaded up and paddled out to the islet and repeated the same, if slightly less rakish, hammering and bolting.   The new box sits higher than the old one and so should be safe from drowning but I did worry that the ladder was too steep for a waddling duck.

I needn’t have.  Within a few days, a female mallard was sitting on the ladder, sunning her feet. 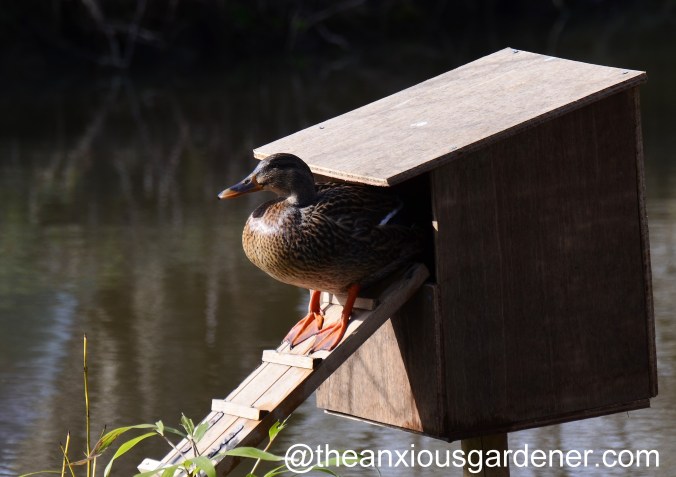 A little later, all I could see of her was a suspicious, glinty mallard-eye gazing back at me from inside her new home.  Has she already laid?  I don’t know but if we have babies, I’ll be sure to let you know.

30 thoughts on “The Duck Nest Box”