Behind some outbuildings at the Old Forge is an oil tank and an expanse of gravel.  For three long years, I weeded that gravel until, a couple of years ago, I (finally) realised I was being stupid.  Instead of weeding, why not fill it with plants?  Drought resistant, hardy plants of course but there would be another stipulation.  The owners hadn’t asked me to do it, they didn’t know I was going to do it – I could hardly spend their money on planting up my own little project.  So, I would only use plants I already had, sow seeds I could collect and hopefully, please them with the result.

This is the oil tank area a couple of months ago with new growth appearing.   During the summer of 2013, I shook opium poppy seed-heads about, as well as the seeds of Verbascum olympicum. 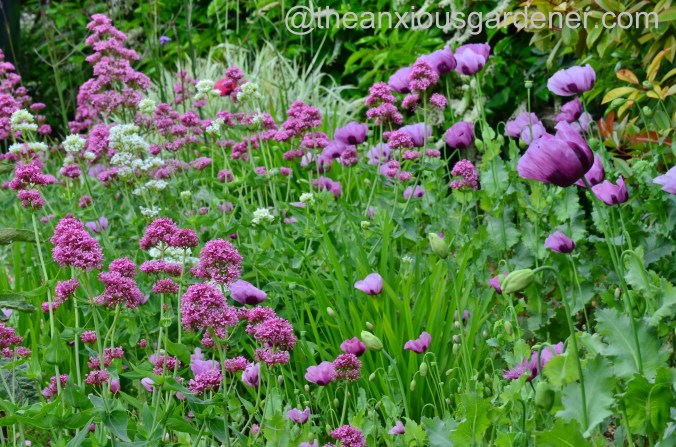 And they’re flourishing in these hot, dry conditions.

I planted several clumps of a variegated grass.  I’m afraid I don’t know the variety – it too was unloved in another garden. 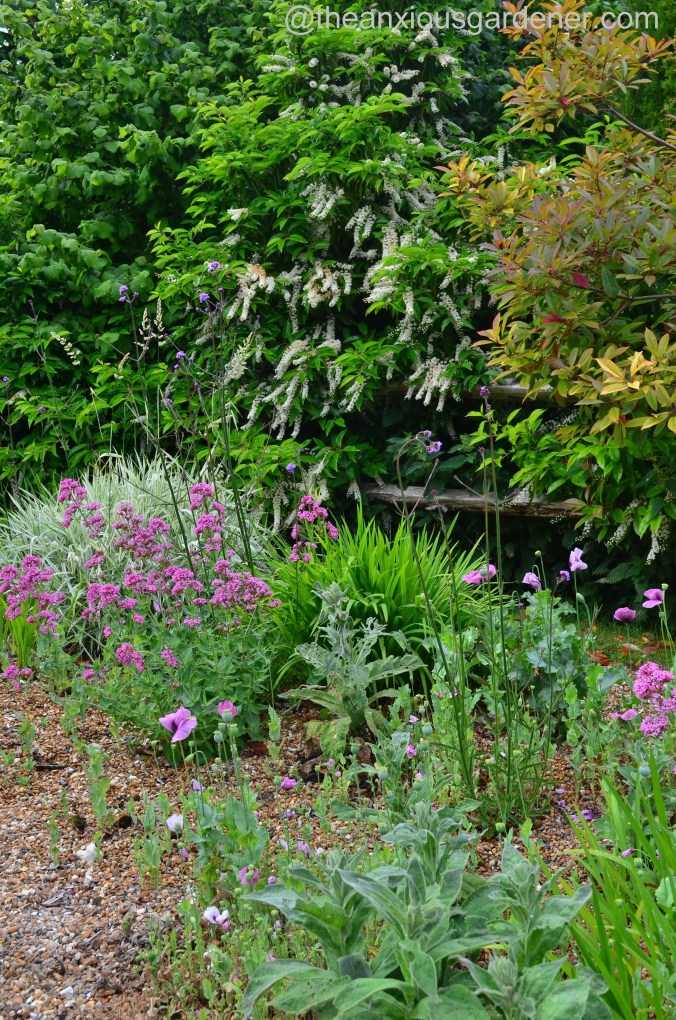 Crocosmia went into the mix (there is always spare crocosmia in any garden I’ve ever worked in).  They’ll flower later.   Verbena bonariensis is here too (from an almost infinite supply of seedlings at the Priory).  They have just started flowering.

I left a wide path so that the oil-delivery man can get to the tank – with his large, sinuous hose.

The verbascum has been the only failure and that’s a shame; the towering yellow spikes would’ve looked grand.

The caterpillars of the Mullein moth have shredded my lovely plants.  I’ve picked off dozens but, as I’m only at the Old Forge once a week, I haven’t been able to clear them all.

Look what they’ve done to my should-be-stately plants.  I shan’t be using verbascum again.  All the plants here must be tough and more-or-less problem free.  Sorry verbascum – you just don’t make the grade.

The amount of insect interest in my ‘new garden’ has been fantastic. 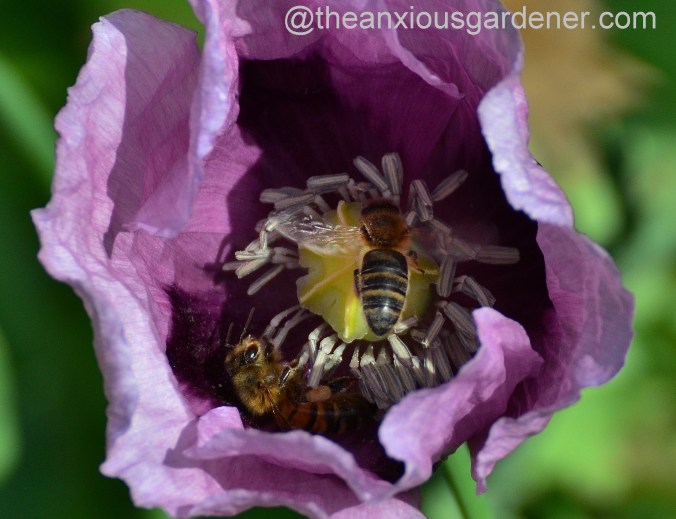 I’ve seen four or five honeybees crammed into one poppy. 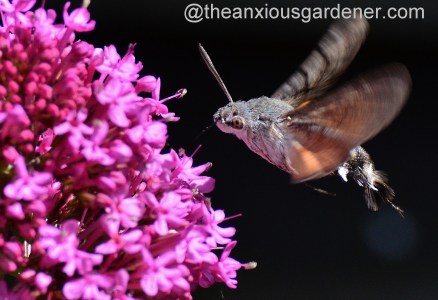 But the icing on my Bakewell tart is the Hummingbird hawk-moth.  I’ve seen them at the ‘Forge before feeding on lavender and V. bonariensis.  But now I can watch them flitting about and supping on valerian too.

I watered the plants (only once a week, obviously) whilst they got established but otherwise they fend for themselves.  Below the three-inch deep gravel is very poor soil – mostly lumps of chalk actually.  I do a little weeding and thinning; and pull up the poppies after they’ve seeded.

It is still a little sparse but I have some ideas for more plants and something to fill the forthcoming ‘verbascum gaps.’   But I’ll only use stock or seed I already have or can scavenge.  Because what I really like about my little gravel garden is … it didn’t cost a penny.

67 thoughts on “A Gravel Garden For Free”