Last Thursday was one of the BIG JOB days at the Priory.  Like the beech and mixed-hedge cutting days (and the eat as many plums as you possibly can before feeling a little bit very sick day), mowing the meadow usually takes at least a whole day and must be planned in advance.  It is also, for me, one of the saddest days in the Priory year.

Having watched the grass and flowers grow steadily since the spring, it is always tough to see it all removed in the space of a few short hours.  Last year, I had the meadow cut in July – primarily because if left any later, there’s a risk that the long, dead grass will be flattened by summer storms and prove impossible to mow.  However, that was before I met Sam and His Amazing Mowing Machine.

The grass was getting to a length where it was beginning to flatten and look tired and bedraggled.  There will have been plenty of time for flower seed to set and, very importantly, the ground was still firm enough to support big machinery without getting churned up.  It was time to do the deed and call Sam. 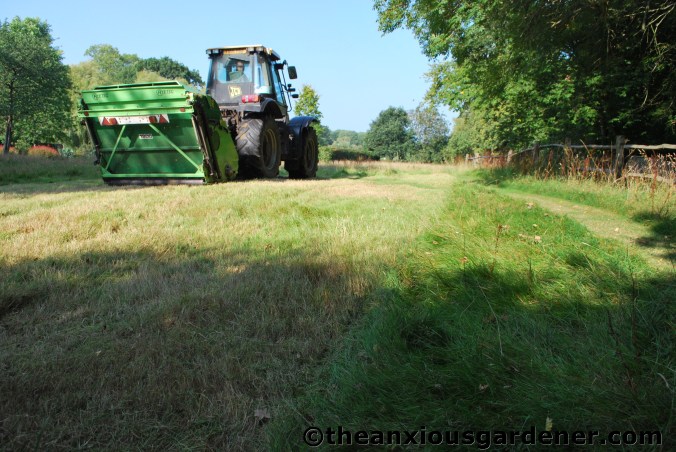 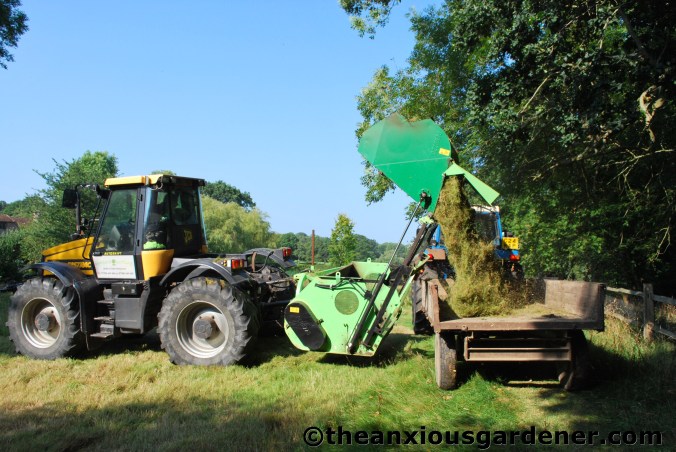 and dumps them into a trailer.  The latter was kindly supplied by Margaret (the local farmer) and driven by Nick (who helped me with the hedges).

All of the cut grass is removed so as to deplete the fertility of the soil.  I have no idea how long it will take before the annual removal of all the hay will begin to make a noticeable difference to the growth patterns in the meadow.  Five years, ten, twenty?  But Sam told me of a client with a similar sized meadow to the Priory’s.  He’s been mowing that meadow for six years and tells me that it is really noticeable how much shorter the grass is now growing over the summer – to the benefit of flowers.  Encouraging news – this will be the third year that the Priory  meadow has been mown and the cuttings removed.  Hopefully it should start to make a visible difference in just a couple more years.  Maybe. 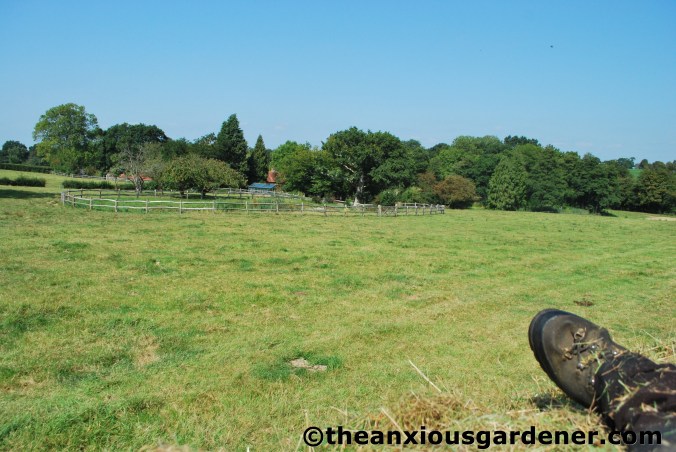 The Priory Greenhouse from the trailer. And such a pretty foot!

Last year we dumped the meadow cuttings in Margaret’s adjacent field.  Her cows enjoyed them for a day before they heated up and started to ferment (the grass not the cows), after which the cows wouldn’t touch them.  So,  thinking there would be a similar amount this year, i.e. not enough to warrant bailing,  Margaret suggested dumping the trailer-loads on her manure pile.

Next came the best bit of the day – the drive up to the farm.  I travelled on top of  the hay in the trailer (trying to avoid lying on the pitchfork ). This was obviously so that I could supervise operations from up on high.  Though Nick said it was, in fact, so that my bulk (!) would stop the hay blowing around. 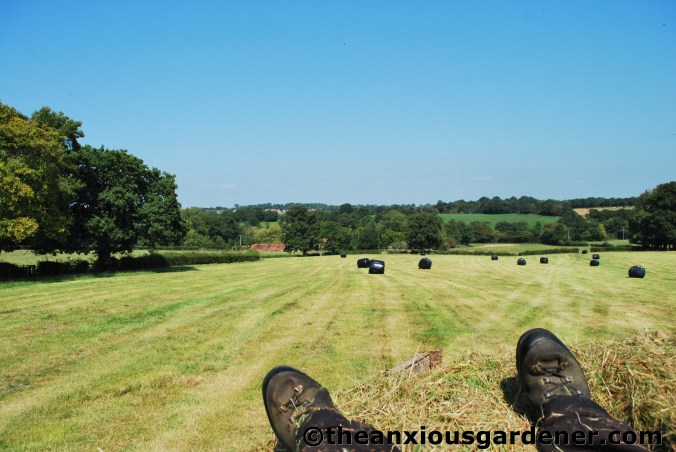 The roofs of the Priory outbuildings visible centre left, with the nearby village of Weydon-Priors (not its real name) beyond

The views from the top of the hay trailer, as we bumped up through M’s fields to the farm, were lovely.  And we did it five times!  Brilliant.  I should’ve charged local urchins £5 each.  I would’ve been minted. 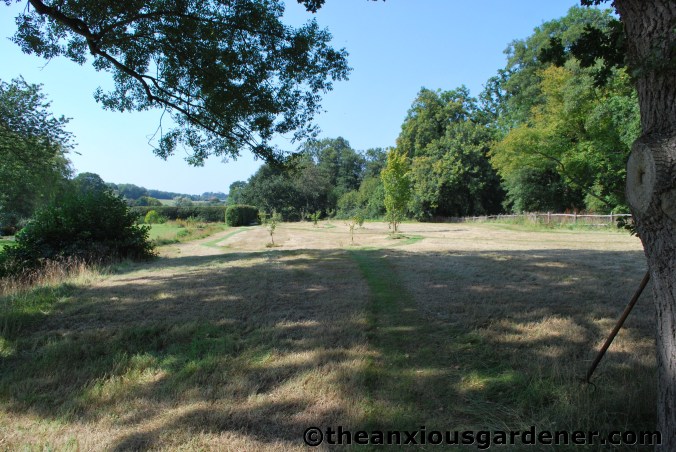 So now it’s done.  I will need to tidy up with the strimmer and the ride-on and keep the grass short through till next spring. 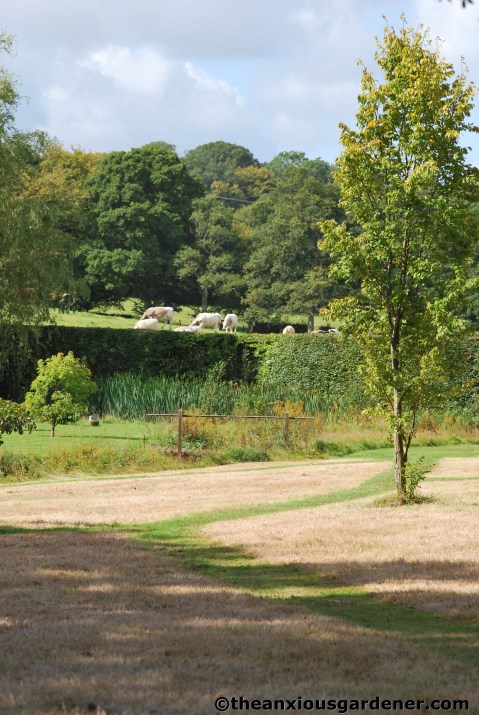 The paths will remain visible for some months yet.

And next spring, when the grass starts growing, and with the emergence of the first daffodils, the whole process will start again.  Can’t wait ….

9 thoughts on “Shaving the Meadow”