We’ve had no snowfall yet at The Priory but we have had plenty of the next best thing: hard frosts under bright, blue skies.

The drive leading down to the house

On one of those sharp, sunny mornings last week, I grabbed my camera and strolled about the garden.  Here are a handful of images which might show why The Priory is so special to me, even in winter.

The last time I took you on a tour of The Priory gardens (see – ‘A Garden Tour: The Priory in July’) I started through the incomplete beech arch onto the east lawn.  This time I’ll go through the main arch (above) leading to the front door.

No I won’t – I’ve changed my mind.  I’ll pass instead under the second of the three arches – minding my step on the murderously slippy brick paving – through to the west lawn .

It hasn’t rained much recently (for Sussex, for January) and the water level on the west pond is low.  Despite sustained wasp attacks during my autumnal strimming schedule, I eventually completed all the cutting back, including on the island.  But the task was not without mishap.

One mishap happened as I gingerly crossed to the island through the muddy water.  (The pond was just shallow enough for me to cross without boat nor waders … or so I thought).  Stinky pond water in my Wellington boot is not a favourite thing.  Wet stinky pond socks aren’t either, especially with no spares.

Another mishap was strimming yet another bloody wasp nest.  As I finished strimming the island, I glimpsed a scarily familiar eruption from the base of the island’s weeping willow.   And as usual, and well practised, I immediately dropped all my gear and ran away squealing – if unstung – returning only much later to collect my strimmer and helmet when the wasps were a little less excitable.  (This wasn’t the only wasp nest I upset after my recent waspish post.  A second, on the banks of the other pond, rewarded me with an ankle sting before I even noticed my peril.  After that I gave up strimming completely until we’d had several -5°C nights.  I mean, enough is enough.  Strimming five wasp nests with a six-sting-payback is outrageous bad luck after not hitting one nest in the previous seven years).

Near the west pond, the long borders are looking surprisingly good.  I say surprisingly because I hadn’t particularly planned them as a winter feature; and because however many photos I admire of tall, stately winter plants, glistening in low sunshine, mine are almost always hammered to a brown, squishy goo by heavy English rain.

But this year, our dry winter paid an unexpected dividend.

Ice crystals on Viburnum × bodnantense ‘Dawn’ caught my eye too;

with more on Verbena bonariensis.

The golden stems of Cornus sericea ‘Flaviramea‘ aren’t diminished by a bit of sparkle either;

nor are the tops of cold frames.

Guests were staying in the house over Christmas and New Year but now they’ve gone, leaving The Priory quiet and empty once more.  It is what I am used to and what I like: alone again in a corner of England I know better than anywhere.

I crossed the rickety oak bridge, glanced over the frozen east pond – with holes made by splashing mallard –

to arrive on the east lawn and the back of the house clothed in winter jasmine flowers.  I cut the Jasminum nudiflorum to ground level about three years ago – for emergency damp proofing of the walls – but it has grown back and one day will swathe the brick to the first floor windows again.

As I approached the greenhouses, I noticed a hen pheasant under a conifer, enjoying the almost warm sun and taking a dust bath.  Male pheasants shout out for admiration but the female is a beauty too, if a modest one.  Her dust bathing forms a shallow depression in the soil, one of several such bowls dotted about the gardens.  In the summer pheasants made dust baths in the veg beds, carelessly obliterating row upon row of spring onion and salad seedlings.  How I chortled.

There are a handful of resident pheasant in the garden, held close by the regular falling of food from the five bird-feeders.  Some are almost tame and show no real fear of me unless I overstep an invisible but surprisingly intimate red line … or I angrily wave my arms at ruined seedlings.

Beyond the garden lies shotgun Armageddon and the crash of guns is a common, if unwelcome, soundtrack to January.  Stay here pheasant.  Here is good, here is safe.

Later, when the sun had swung away behind the conifers, casting her bath into shadow, she’d gone; leaving only a basin in the dry earth and a couple of unwanted feathers 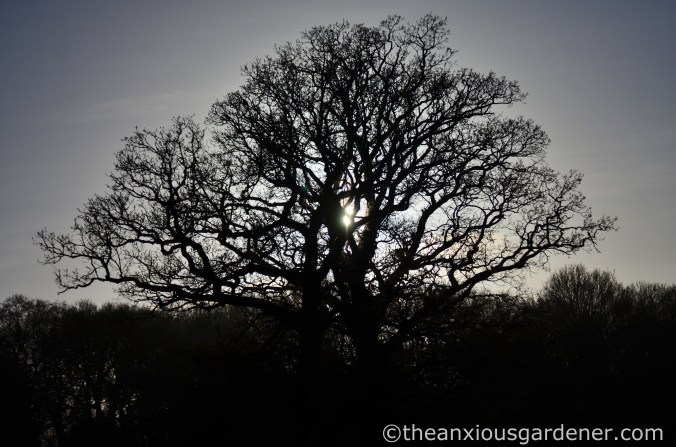 My garden walk completed, I fetched the wheelbarrow to continue unending leaf raking and later, I cut back border plants turned to slimy heaps rather than graceful Piet Oudolf-y elegance.  Not much Sussex rain maybe but I still have an embarrassment of brown, squishy goo. 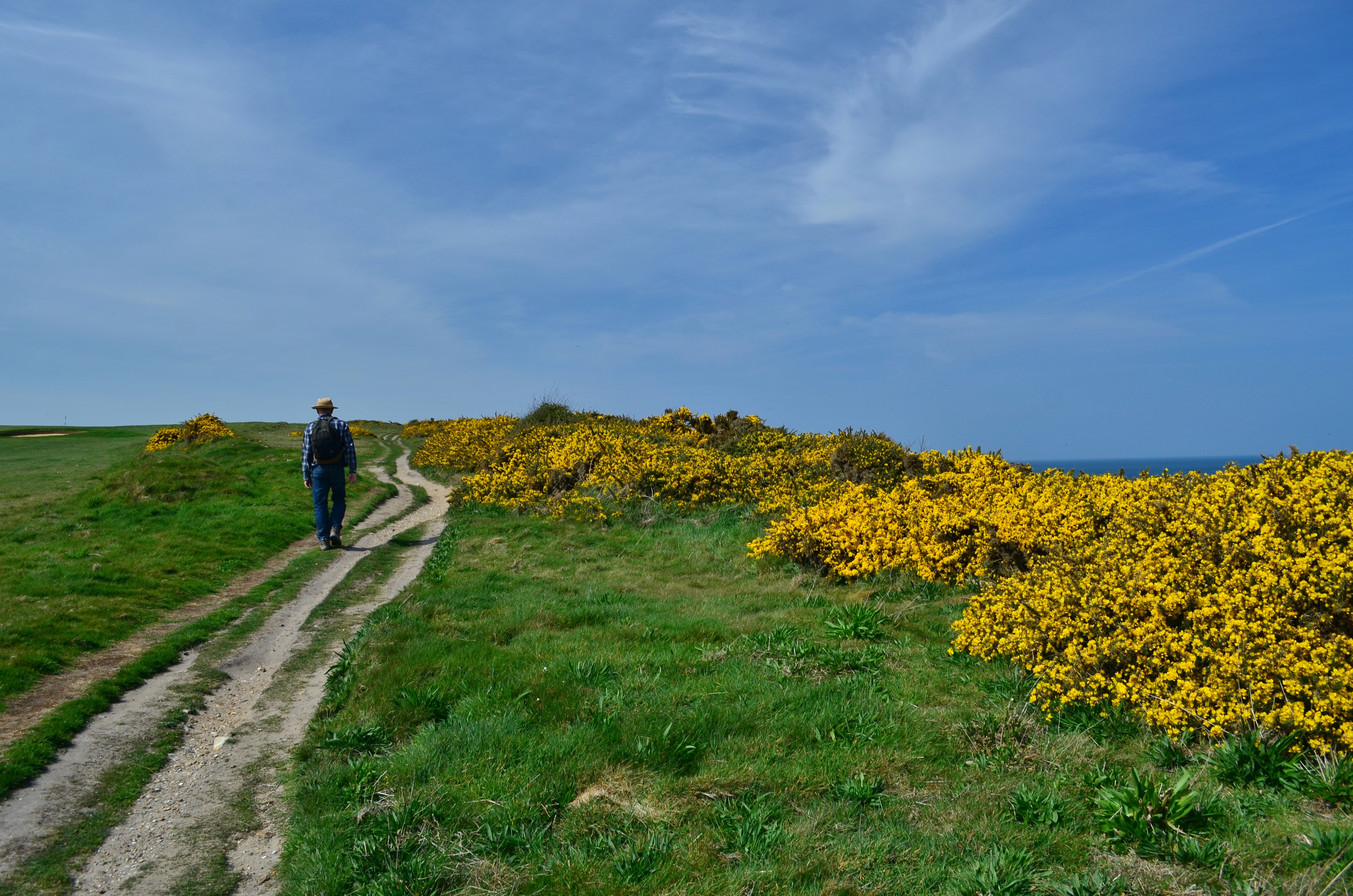