The longer, brighter days of March brought new life to the Priory.  A kingfisher is an occasional visitor, as are mandarin ducks; and tree-creepers are a new notch in my bird-watching stick.   But all three are ultra shy and impossible to photograph.  Yet.

They don’t stay long; just gobble a bit of lawn, defecate profusely and then announce their imminent departure by loud, prolonged honking.  Still honking, they hoist themselves into the air and fly off somewhere altogether better – presumably – leaving the garden a little emptier; a lot quieter.  Perhaps they’ll return to breed but they haven’t in the past.

Last week saw another new species in the garden … which I was able to photograph.  Not the dunnock on the left – obviously – but its companion: a reed bunting.

I only knew what she was, because of her distinctive mate.

Reed buntings increasingly visit gardens to feed: these two were foraging beneath the feeders.  With reedmace spreading through shallow water in the ponds, I wonder whether they will stick around and build a nest.  They could choose a worse home.

The snowdrops and crocuses went over during March as Cyclamen coum reached a quiet peak.  The handful I planted are spreading nicely.

Of the 100’s of daffodils I’ve added, February Gold are amongst the most successful.  (This won’t be news – I tell you the same every year.  It’s almost a tradition).

But after last year’s surprise February flowering, and as we head into April, they’re back to their usual tardy, malingering ways.

on the bank below the greenhouses,

with the first couple of wood anemones;

and springing up in areas of lawn I leave uncut. 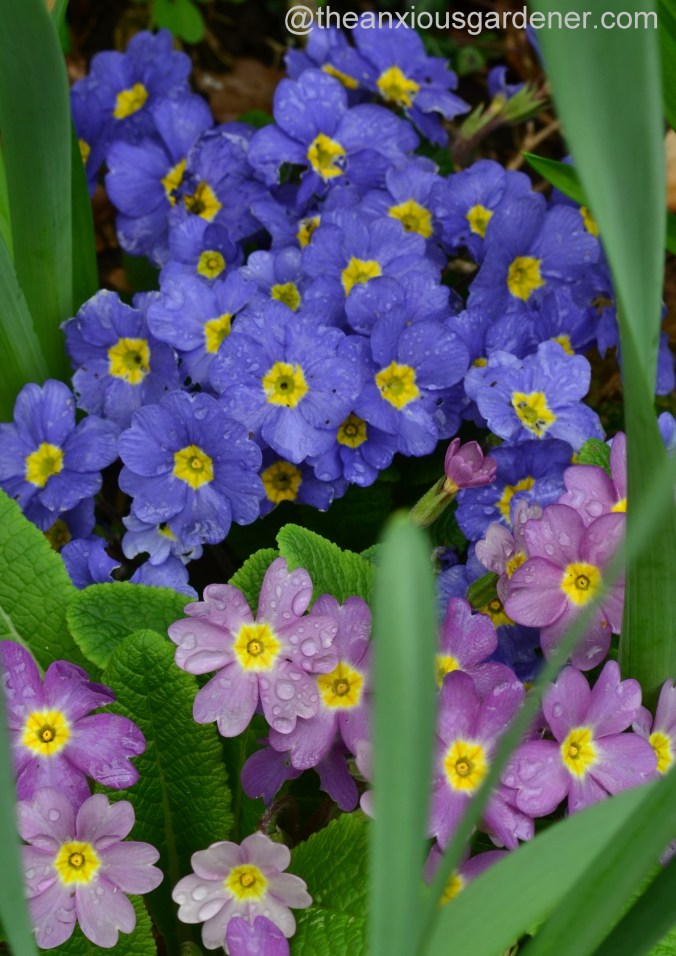 There are even a few coloured primroses.  They came, unwanted, from a garden I once worked in and, though I didn’t particularly want them either, I didn’t have the heart to chuck them out.  They’re OK, I suppose.

But when the common or garden yellow is so very perfect, I see no need for blue or mauve.

The first fritillary has emerged on the meadow.  I’m hoping to show you many, many more. 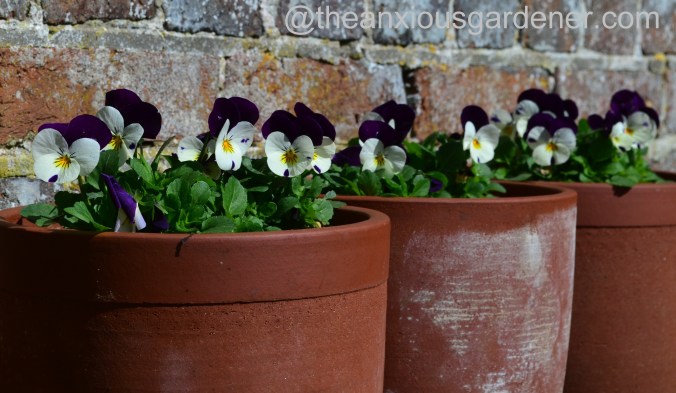 But as the Priory sits deep in Jack Frost’s pocket, there still isn’t an awful lot happening. 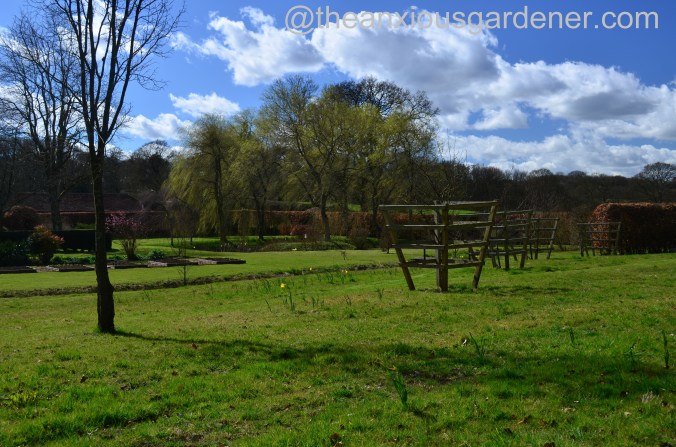 On the last day of March, as I stood out on the meadow – grumbling at how poorly various daffodils are performing (it’s too soggy, I now realise) – my eyes drifted off to the six weeping willows by the west pond.

The sun lit up the new leaf and, in a hearty breeze, they waved and drew me over. 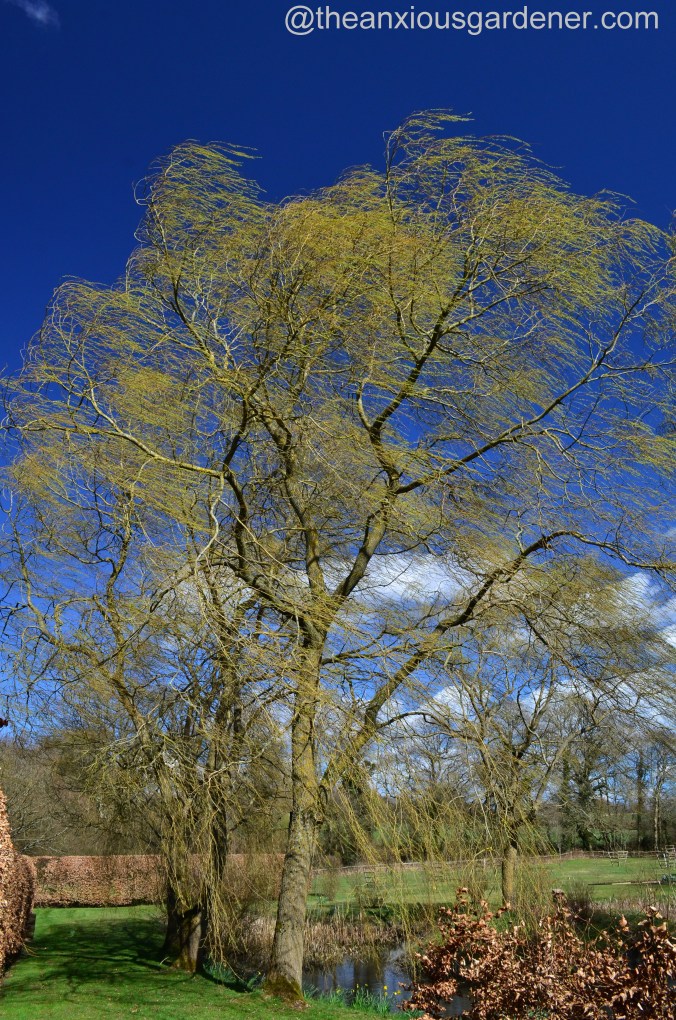 No-one’s ever said to me, “David, you simply must come into the garden and see my dancing weeping willows.”  Maybe they feared my reaction?   But the long drooping branches did sway and shimmer beautifully: it was beguiling to watch … if difficult to convey in a couple of photos.

This might be better?  But to see them properly, one blustery March day next year, you simply must come into the garden and see my dancing weeping willows.

Now that’s something no-one’s ever said to you before.

40 thoughts on “And So That Was March”