The Priory oaks are impressive.  Huge, ancient, gnarled, neck-craning impressive.  They were the first thing I noticed and the last I shall say good-bye to.

We have about twenty mature oaks; most hale, a few less so.  With an eye on the latter, and because the Priory should never be oak-less, I planted some replacements.

When I was nowt but a lad (February 2011), I wrote about digging up and re-planting three small oak trees (see ‘Planting For The Future’).   I don’t suppose I’ve mentioned them since. 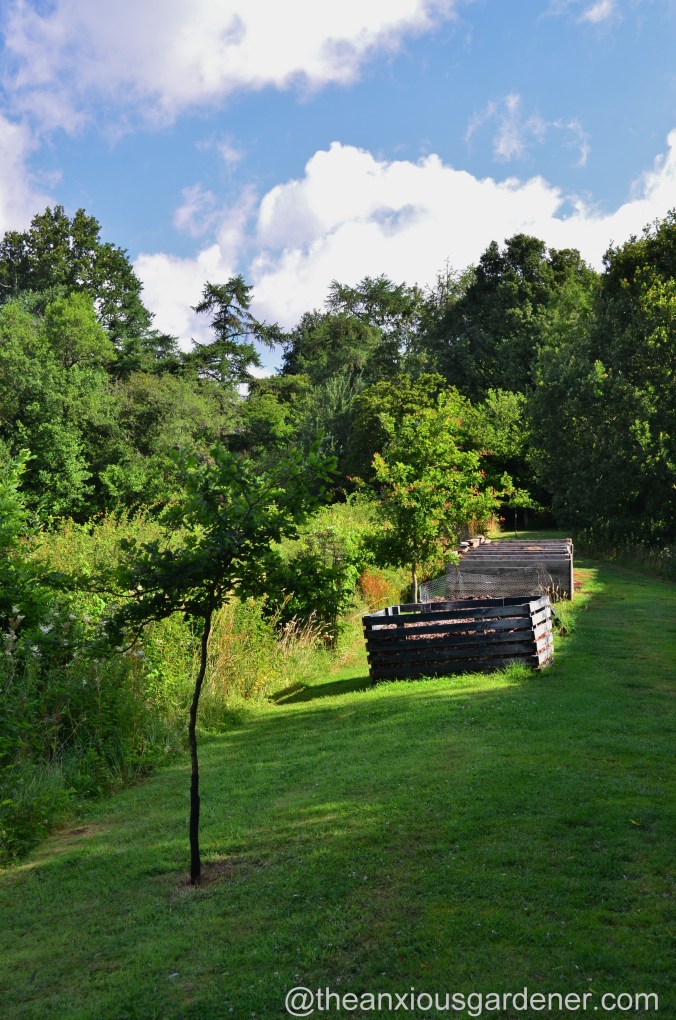 Well, four and a half years later might be time for an update.  And the update is:  after a little initial hesitancy, they’re doing fine.   Slow growing, of course (they’re oaks!), but otherwise fine.  I wasn’t even convinced they would survive the trauma of being tugged up from their original home – a small area of woodland up on the drive .

Toffee the Viszla on sniffing duty

For a couple of years, I watered them intermittently during very dry weather.   I put tree protectors on the trunks against rabbits; but deer – my biggest worry – haven’t touched them.  Yet.

One of the three has done especially well.  Why, it’s almost big enough to hide behind … if not to climb.  I’d struggle to transplant it now.

This is the same tree when its protector was a more generous fit.  My intention was to continue an existing line of two big oaks and an enormous ash whilst avoiding an often water-filled ditch. 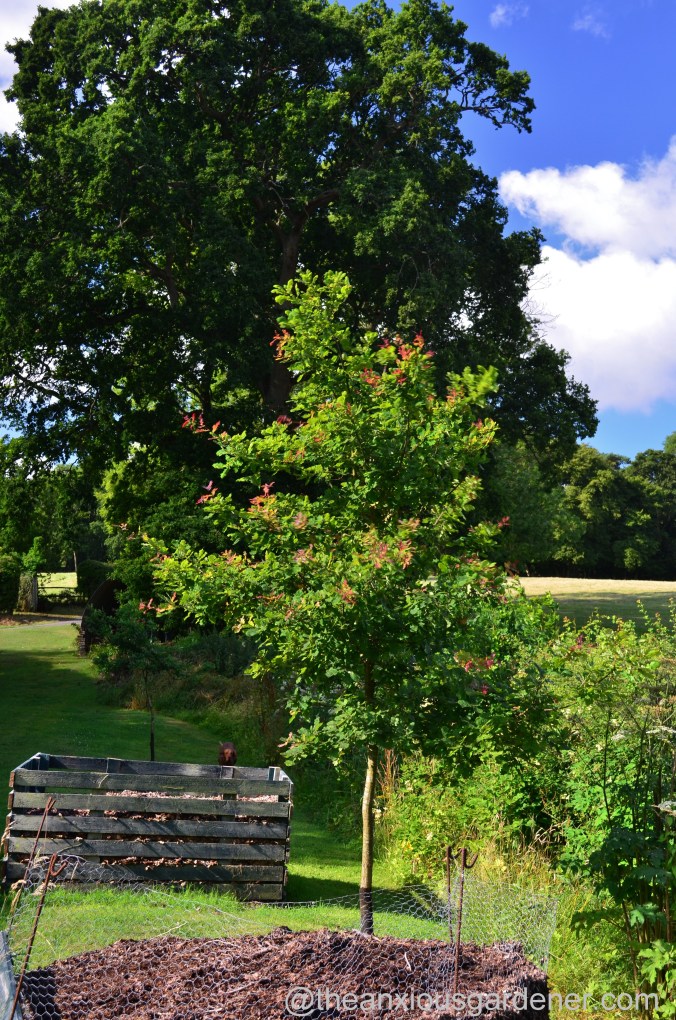 And I think I’ll achieve just that.  (The large oaks might be dead before these babies reach full height but we’ll simply ignore that inconvenient truth).

I shouldn’t think I’ll be around in two hundred years to see my oaks grow into mighty giants.

But if they do, I might be allowed to gaze down over the Priory and smile, paternally.  (Assuming I’m up above.  The view from below won’t be as good).