I’m very fortunate that my study window looks out over the canal.  It’s a grand view if an awfully distracting one. 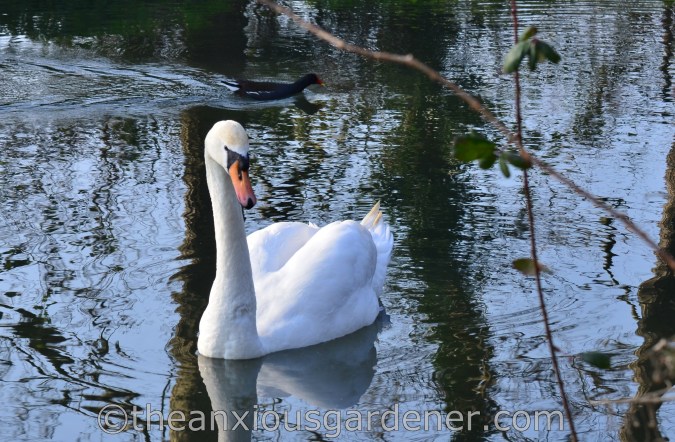 My eyes lift from my laptop all too easily as people walk, cycle, jog or paddle past my window; or a mute swan glides about on still water.  Moorhens aren’t so good at gliding. 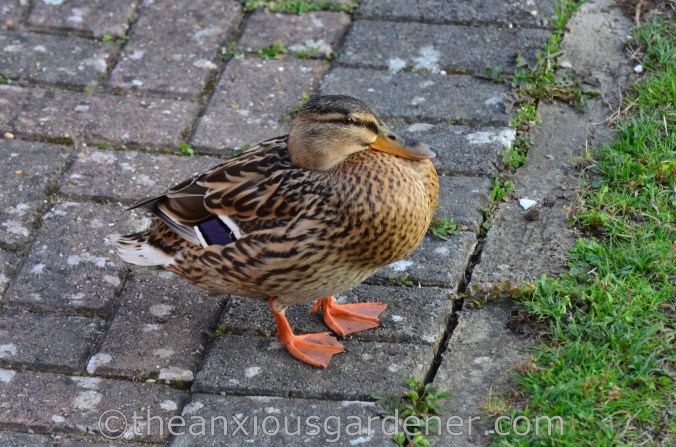 Moorhens come up from the water’s edge to feed on our front lawn, and mallards too. A few weeks ago a female mallard stood on our driveway and puffed out her chest. 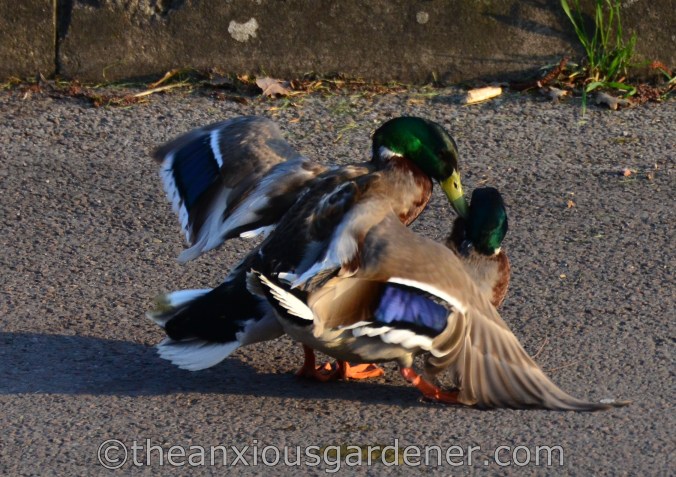 And that was enough to send suitors into a paroxysm of jealous, lustful violence. 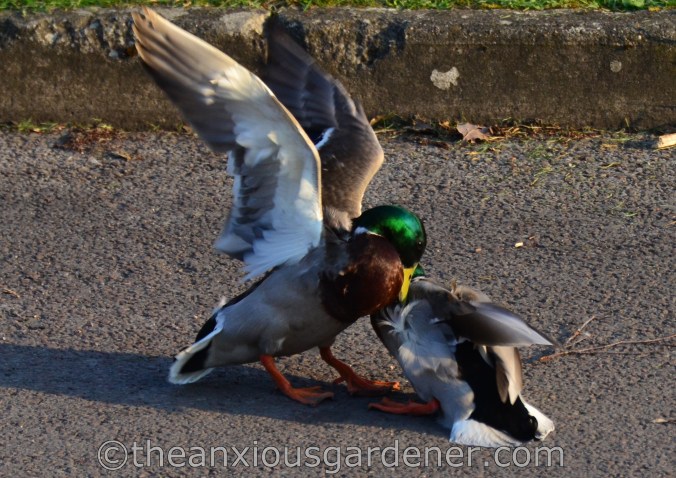 Still, I thought it a relief to watch drakes attacking each other – rather than repeatedly shagging a poor and already exhausted duck. It’s what male mallards do, I know, but it’s unpleasant to watch and can, occasionally, result in the death of the duck. Especially on water. 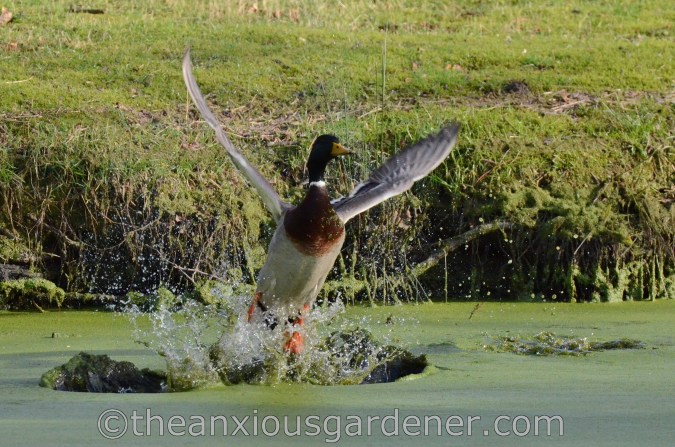 A couple of days ago, as I sat at my desk, my eyes flicked up to a green woodpecker hopping about on the verge between road and canal. I’m fond of a green woodpecker and so reached out for my camera – just in time for a new arrival.

The two birds immediately faced off. It’s often interesting to watch the interaction between two species and this was as an implausible a match as any dreamt up by small boys or middle-aged men.

“Who’d win a fight between Triceratops and Tyrannosaurus?”

“Which would come out on top? A jaguar or a Bengal tiger?”

Though I’m not a betting man, I’d wager you a tenner that the woodpecker would soon be chased off by the black and white one.

I think the magpie thought the same. 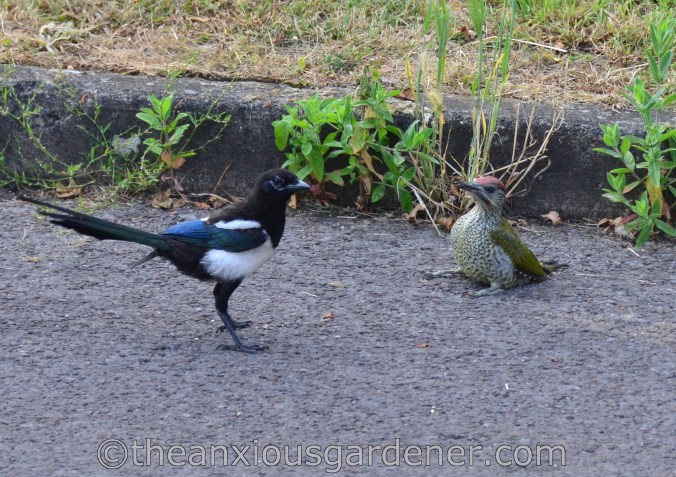 But the woodpecker with her backside stuck to tarmac and her bill at the ready refused to budge. The magpie seemed non-plussed. 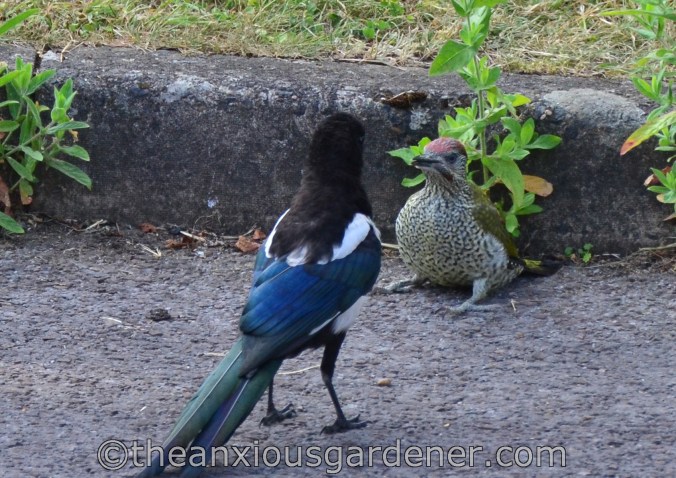 Again, he tried to show that a top-of-the-tree corvid shouldn’t have to trouble himself with an obstinate woodpecker that doesn’t even peck wood – well, not like a proper woodpecker anyhow.

But his posturing didn’t intimidate her one bit. Hoping, I suspect, that nobody witnessed his ignominy, the magpie gave up and flew off. The woodpecker, unruffled, hopped up on the grass and continued her hunt for ants in the grass.

37 thoughts on “The Green Woodpecker And The Magpie”